I installed CSR100v (Version 16.11.01a) as a OVF file on my SD-WAN lab which is run on ESXi server. I found this image on the Internet and as I know it supports SD-WAN capabilities for IOS-XE but appreciate if anyone could confirm that. On Cisco downlaod website there is just a KVM image for CSR1000v which is listed as SD-WAN image (file name is csr1000v-ucmk9.16.11.1a-serial.qcow2). So despite that the version is the same, I think the OVF file I downloaded from the Internet doesn't support SD-WAN capabilities, as it is not listed on the Cisco website as valid image format. Any idea?

Then I need to onboard this router on vManage and other controllers. I searched the Internet but didn't find relative guides on how to do this procedure. Have anybody tried this? If so would you mind, sharing the brief howtos?

Did you have a look at this doc -

Enthusiast
In response to omz

The document you've mentioned is about onboarding Viptela devices (vEdges). I did it like what they said in the doc. but I have a CSR1000v router which I installed it as a OVF file on my ESXi server. There is only a KVM image of CSR1000v on the Cisco site which clearly supports SD-WAN capabilities, so I thought that the image I downloaded in OVF image didn't support SD-WAN capabilities.

Even If it does support, there should be a bootstrap (initial) config on the router but I didn't find anything about it.

Therefor, I need someone to confirm if my image supports SD-WAN at the first place.

Collaborator
In response to ciscoworlds

There is only csr1000v-ucmk9.16.11.1a-serial.qcow2 available from Cisco to download for IOS XE SD-WAN Software.

I suspect the image you have does not support SD-WAN.

you need to add a software device on the pnp portal just like with the vedge-cloud device. for CSR1000v it will be CSR1KV. this will add a chassis number and token for the CSR.

on the CSR enter:

Cisco Employee
In response to luarroyo

Please take a look at the attached guide
The procedure is identical for Edge and Vedge, however, keep in mind in your PNP, SA/VA you have added a software and once you have installed either the off or the ova file, you have to give it the same chassis and serial number, for that use the following command

Also watch the following video, since there is some manual configuration that is done

Hope this will help 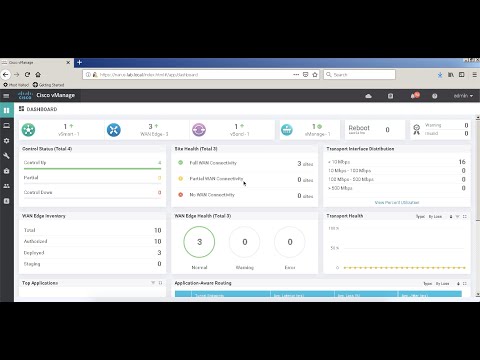