Cisco Community
English
Register
Login
QUICK UPDATE - Part I of Security Restructure is finished and part II has started. Email and Web Notifications will still be off while content is relabeled - LEARN MORE
RegisterLogin
Turn on suggestions
Auto-suggest helps you quickly narrow down your search results by suggesting possible matches as you type.
Showing results for
Search instead for
Did you mean:

What is a Trojan?

A Trojan is a program that pretends to be legitimate program, while It is malicious in nature and is infecting the system in background and provides access of that system to the Attacker.

There can be different type of objective:

An overt channel can be used to create a Tunnel(covert channel) to transmit the data carefully on the network, which does raise any alarm .

Covert channel is simply the connection in which data is being transmitting over the network that violates the security policy.

The simplest form of covert channel is

An attacker can get access to the system in multiple way.

Trojans are not restricted to target only the following contents but this what they actually look for:

Trojans can be spread by any means, some of them are listed here:

So, By using Auto run feature you can spread your trojan very easily

Symptoms of a Trojan Infection

These are common effects that user experience after infected by a trojans like beast and prorat.

How to Detect Trojans?

There are several method by which we can scan the presence of a trojan which are as follows: 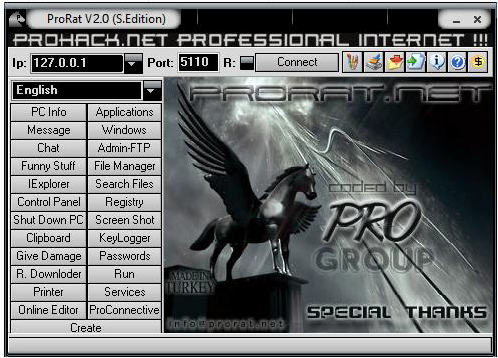