This document describes the way of denying media download with help of ASA-CX (Context Aware) and issue faced by various users.

User is trying to deny mp3, avi, mp4 or mov file downloads from the prime security module on the ASA-5512CX.

The only options he have by default on this object are:

User doesn't know how to apply them for blocking the download operation or create a new category (like Video extensions).

User watched the real time event viewer to see how CX was interpreting the test mp3 download. He found he was seeing an http transaction with mime type audio/mpeg. User was then able to get a test policy to work by creating a new file filtering profile specifying Audio/mpeg in the file filter profile.

Below are screenshots showing test object and the results of a deny (click to enlarge): 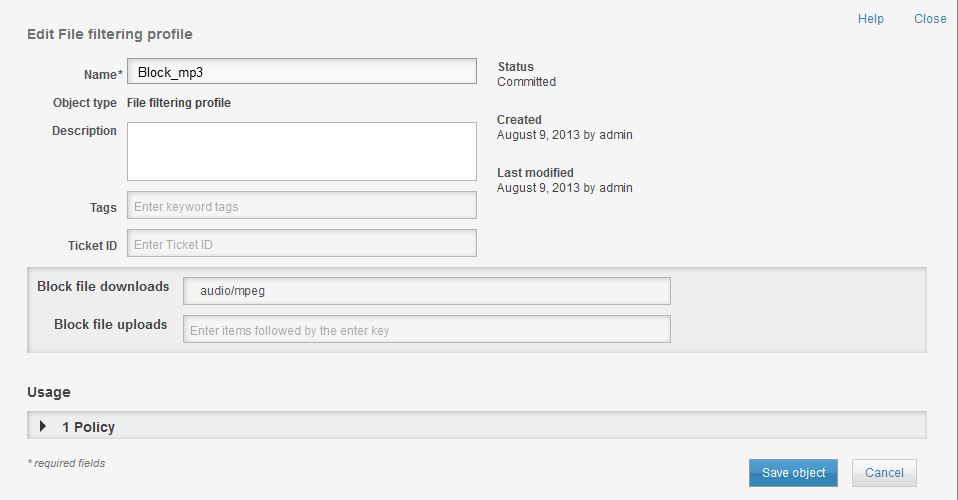 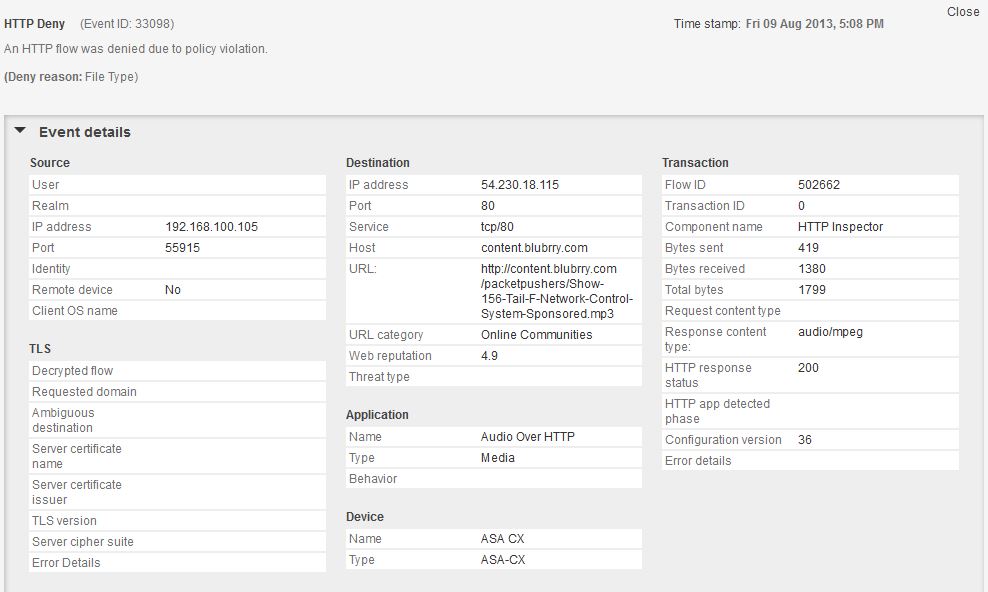 Another user manage to block the mp3 file downloads, but he was having problems with the mp4 and avi policies. As as suggested, he captured the packet via time viewer. according to the package it has a content type of "video/mp4".

instead of "video/mp4" use "*/mp4", the application let the user to introduce that string. 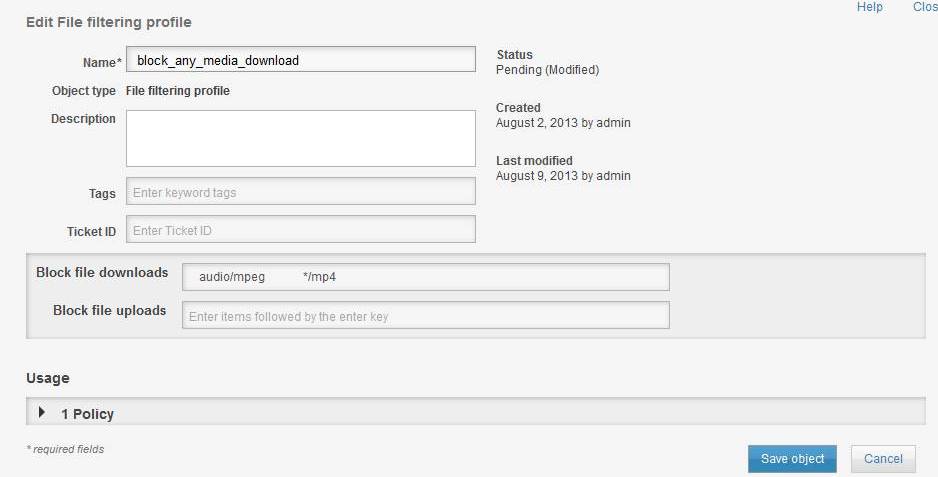 But when user tests the policy by downloading something on mp4 format it let the user do it.It looks like a bug so need to wait for patch or fix.

This document was generated from the following discussion: denied media downloads

5 Helpful
Share
Latest Contents
Firepower Chassis Manager IP
Created by Scott_22 on 06-05-2020 01:08 PM
0
0
0
0
I don't see the Firepower Chassis Manager IP in the FMC. Is there a way to locate it by connecting to the management IP of 4110?
Cisco ESA cluster behind F5 load balancer for inbound emails
Created by SHABEEB KUNHIPOCKER on 06-05-2020 12:28 PM
1
0
1
0
Hello All, One of our customer has 2 Cisco ESAs running in a cluster. Currently they have two MX records published in public DNS with same preference (say 10). The customer has F5 load balancer and now they are asking whether it is possible to place ... view more
ASA NAT, proxy ARP, and Identity NAT (ASA 9.8)
Created by jer0nim0x on 06-05-2020 10:58 AM
0
0
0
0
Hey,I don't get the followingnat (outside,dmz) source static any any destination static 1.1.1.2 2.2.2.1 unidirectional no-proxy-arp1) Why does the ASA respond using Proxy ARP for the global address? (The asa's own interface is 1.1.1.1/24)2) ASDM warns abo... view more
ESA/SMA SNMP trap test. How?
Created by BenceBalyi on 06-05-2020 10:20 AM
0
0
0
0
Hello,We would like to test the ESA/SMA SNMP trap sending. What is the easiest way to send SNMP trap? We can't give the machine a task that keeps CPU utilization high enough to generate SNMP trap so we need an alternative solution that is usable both in E... view more
Cisco ISE pxGrid App for QRadar v1.1.0 Update
Created by Jason Kunst on 06-05-2020 07:17 AM
0
0
0
0
As of June 2020, the Cisco ISE pxGrid App for QRadar Ver 1.1.0 is officially Validated and released by IBM, available for download from IBM XFE. Access the link to download app here.   Overview The Cisco ISE pxGrid App V1.1 supports Cisco Identity Se... view more
CreatePlease login to create content
Discussion
Blog
Document
Video
Related Content
Discussions
Blogs
Events
Videos
Content for Community-Ad