This document discusses about some new features of ASA v9.0(1).

This feature provides an access-control solution that is build upon an existing identity-aware infrastructure in order to ensure data confidentiality between the network devices and integrate security access services on the same platform. This feature utilizes a combination of user attributes and end-point attributes to make role-based and identity-based access control decisions.

In this release, the ASA integrates with Cisco TrustSec to provide security group based policy enforcement based on the roles of source and destination devices rather than on network IP addresses.

This feature provides content scanning and other malware protection service for web traffic. It can redirect and report about web traffic based on user identity.

Note:This feature does not support SSL VPN but you need to be sure to exempt any clientless SSL VPN traffic from the ASA service policy for Cloud Web Security.

The feature enable the user to permit or deny ICMP traffic on the basis of ICMP code.

4.)Unified communications support on the ASASM:

The ASASM now will be supporting all Unified Communications features.

This feature improves the scalability of PAT.

In this release, when you configure dynamic access lists on the ASA, they are supported on the ingress direction only and the ASA drops egress traffic destined to dynamic ports. Therefore, Sun RPC inspection implements a pinhole mechanism to support egress traffic. Sun RPC inspection uses this pinhole mechanism to support outbound dynamic access lists.

In previous versions, when ASA dropped a packet due to an inspection engine rule, ASA sends RST to the source device of the dropped packet. This behavior could cause resource issues.

In this release, when you configure an inspection engine to use a reset action and a packet triggers a reset, the ASA sends a TCP reset under the following conditions:

This behavior ensures that a reset action will reset the connections on the ASA and on inside servers; therefore countering denial of service attacks. For outside hosts, the ASA does not send a reset by default and information is not revealed through a TCP reset.

The maximum number of connections for service policy rules was increased from 65535 to 2000000. 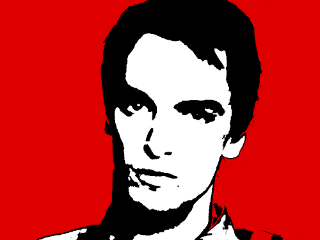 Multi-Session/Per-Session PAT
I don't quite get the difference between those. Where is the technical difference? I read config-guide and command-reference, but the explanation is not clear enough for me. I understand that Per-session scales better because of decreased timeouts and the possibility to cluster. But why is this not possible in Multi-Session mode? And why are there protocols who benefit from Multi-session PAT, such as H.323, SIP, or Skinny?

Thanks for any explanation.

Latest Contents
Cisco Asa Audit Point
Created by sv7 on 05-24-2022 11:06 PM
0
0
0
0
Hi all, My organisation shared some hardening points for Cisco ASA firewall and wants to implement them. Basically i need to know the impact of that command in production environment. 1) Point : Ensure 'noproxyarp' is enabled for untrusted ... view more
Access Control Policy Blocking Sites targeting Active Direct...
Created by Herald Sison on 05-24-2022 10:18 PM
0
0
0
0
Hi Everyone,I got into this roadblock while implementing a blocking to specific websites like facebook, youtube and adult sites and i want to block only certain group of people by targeting their active directory users login. i have already created R... view more
Meraki MX site-to-site VPN with Oracle (or AWS) with dual tu...
Created by sw28671 on 05-24-2022 05:07 PM
0
0
0
0
I have one Meraki MX250 and need to establish a site-to-site VPN with Oracle Cloud.  Oracle creates two tunnels for its site-to-site VPN, and each tunnel has a unique public IP.  Apparently, AWS does this too. I'm assuming that for my ... view more
SSL certificate
Created by Raj G on 05-24-2022 03:59 PM
1
0
1
0
dear professional, i have a cisco 9800 wlc, cisco ise, and ad server. Now my requirement is to setup wireless client to authenticate using active directory account via cisco ise. Now i got below question: 1. I beleive i need to setup 802.1x auth... view more
Cisco RV345 L2TP VPN - Uncheck Use Default Gateway
Created by CiscoChris on 05-24-2022 02:32 PM
0
0
0
0
Hello, I recently setup a client-to-site L2TP VPN Server with radius authentication. When remote clients connect to the L2TP VPN, their internet traffic is routed through the VPN connection. We would prefer to not route internet traffic through ... view more
Ask a Question
Create
+ Discussion
+ Blog
+ Document
+ Video
+ Project Story
Find more resources
Discussions
Blogs
Events
Videos
Project Gallery
New Community Member Guide
Related support document topics