Description: This episode features discussion about the new Cisco ASA Services Module (ASASM). Topics discussed include the hardware architecture differences between the ASASM and the Firewall Services Module (FWSM), new features introduced with the ASASM, and FWSM to ASASM migration tools and strategies. 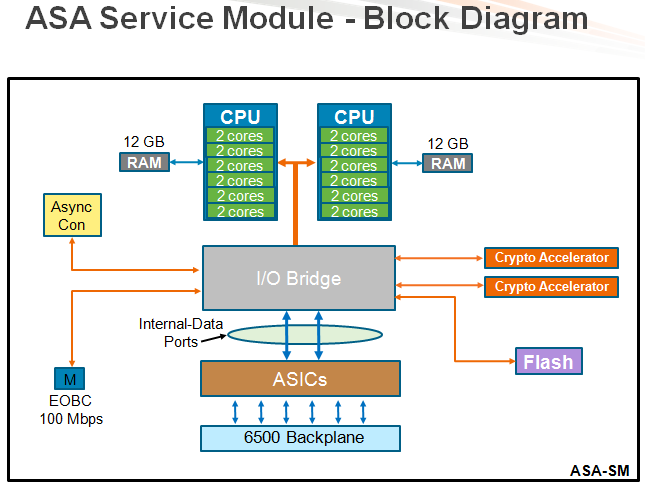 The following performance statistics come from the ASA SM Product Page on cisco.com:

Features Supported on the FWSM, but NOT on the ASA SM

Migrating from FWSM to ASA SM

Guide: Migrating to the Cisco ASA Services Module from the FWSM

Importent note from the link:

Now all we need is the ASA-SMs to support VPNs and dynamic routing in A/A.

In the show it is reccomended to use SXJ2, do you mean SXJ1? SXJ2 is currently not publicly available.

Latest Contents
Cisco ISE Endpoint Profile is wrong
Created by SharveenNair51956 on 04-18-2021 08:36 PM
3
0
3
0
Hi When Cisco ISE is doing the profiling it captures wrong endpoints such as it captured as Windows 7 but actually the PC is Windows 10 and they upgraded the PC from win7 to win10 last year but in Cisco ISE it's still showing as Window 7 - workstatio... view more
BYOD Sponsor Certificate expiring
Created by Bhardwajp on 04-18-2021 12:59 PM
1
0
1
0
Hi All, What will be the service impact if Sponsor Certificate expired. Im using Guest, BYOD and Posture services.My Apex and plus license is expired 90 days back still will i get self signed(CSR) from ISE or first i need to get the licences renewed ... view more
Cisco ISE Certificate for admin and Sponsor Portal
Created by Bhardwajp on 04-18-2021 03:37 AM
1
0
1
0
Hi All, Can someone please help with the difference between signed and CA certificate to be used in cisco ISE. I think for all the nodes in the deployment must have admin ,EAP  authentication certificate for replication and radius auth... view more
WSA upgrade for approaching EoL release
Created by MehnazKhan2492 on 04-17-2021 07:47 PM
3
0
3
0
We have a WSA environment with SMA  WSA s170 running on  10.1.0-204 SMA running on 10.1.0-037 I am looking for the recommended releases if I go by document there are various options and upgrade path is required. Can we u... view more
How to use Endpoint Custom Attributes to control network acc...
Created by Odysseu$ on 04-17-2021 02:05 PM
6
10
6
10
I would like to use an endpoint custom attribute to trigger the network access a device has.  So as an example if I have a device that has a endpoint custom attribute of Display, I would like to use that as a condition to assign a specific DACL or vl... view more
Create ContentLogin to create content
Question or Discussion
Blog
Document
Project Story
Video
Related Content
Discussions
Blogs
Events
Videos
Project Gallery
Content for Community-Ad