Turn on suggestions
Auto-suggest helps you quickly narrow down your search results by suggesting possible matches as you type.
Showing results for
Search instead for
Did you mean:
Create a new article
Options
72876
Views
30
Helpful
3
Comments 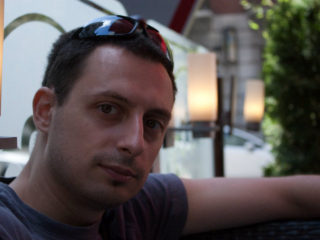 This how-to describes the usage of the "capture" feature in Cisco's security products (ASA/PIX, FWSM, IOS). Many scenarios require to monitor the packets across the firewalls. Like we have a host-server communication and somehow the traffic doesn't flow as we want or we have packet-lost. For troubleshooting these issues we have the "capture" command which helps to check what comes in and out.

Where the packet is captured

When we take a capture sometimes we need to know where it is in the packet processing. There are some features which must be before taking the packet.

If you apply the capture on an interface without any option or restriction, most probably you won't get a precise data what you look for. Therefore the best approach is to specify the interesting traffic by an ACL. There is no limitation how to deal with the ACLs, you can create for IP to IP or just restrict by protocol.

To define the interesting traffic in order to catch it, use this ACL:

As you can see we created two ACL lines, because we need to capture both directions. It is your decision how precise are you in the ACLs, but be careful what you define, may be the traffic is different than you expect.

You can find the full reference about the command "capture" below. There are many options for this command and beside to specify:

You can increase the default buffer by the "buffer" parameter. However you can use the circular-buffer too for continuous capturing.

If we need the captures for later deep analysis there is a way to grab all the results from the firewall. This lets you open them in Wireshark or other packet analyser softwares. The most common format is PCAP (Packet Capture), which save the traces in a standard format, so any third-party software can read it. By this format you will have all the details about a packet and it is necessary for deep troubleshooting.

There are two ways to download the captures. For example our firewall management interface is 10.0.0.254 and we have done the capture with name "inside_capture".

One is to open your favourite browser and follow this pattern: https://<ip address of firewall>/capture/<context>/<capture_name>/pcap

Please note we use secure HTTP (HTTPS) instead of HTTP.

You can go under the system context and upload them to a tftp server by the "copy" command.

If  the capture is configured with a circular buffer and you want to make a  copy of the capture at a particular point without disabling the  capture, you can run the command below.

If you don't need to analyse the captures or view the packet inside, alternatively, you can view them from CLI using the "sh capture" command. For example,  following in the 3-way TCP handshake of browsing to the server of our example.

Use the "NO" command to remove the captures.

Without the "packet-length" parameter you cannot see the full packets in the capture files. You need to extend your command with this option.

PIX/ASA 7.x, and higher will also let you setup a capture for only dropped packets. This is done with the 'type asp-drop <drop-code>' option. For example:

This would give you a capture that includes all packets dropped by the firewall. Here is the command reference as well:

Captures taken on an FWSM are not always trustworthy. The reason is that due to a few bugs in the FWSM software versions captures might capture only egress packets thus missing information that is useful for the capture analysis. As an alternative for FWSMs that run span monitoring session on the FWSM's vlans can be used. In more detail,

1. Configure a SPAN monitor port for the ingress and egress VLANs of the FWSM.

This will replicate these two VLANs (vlan 600 and 601 are the outside and inside firewall interfaces in this example) to a third interface/vlan as provided below.

2. Push this data to an external capture device (connection on the switch port FastEthernet 3/1 in this example) running capture software such as Ethereal/Wireshark.

3. Captures then can be saved and analysed with the capture software.

In this example we want to check that the HTTP traffic passing trough or not on the firewall.

for the inside interface:

for the outside interface

2. Start capturing on the interfaces, we need full packets and increased buffer

3. If you want to check the status of the capture, type "show capture"

In this example as you can see we receive and forward traffic on the Inside and Outside interfaces. If you see 0 bytes captured on the Outside interface, it means that either you made a mistake defining the interesting traffic in the ACL or the ASA drops the packets.

4. To view in text format on the ASA itself, type "show capture capin"

5. You can download the captures by cli command. We are running TFTP server on the client host.

How to Automate Getting Packet Captures off of an ASA

The following is an output from a 5515-X ASA. All attempts to reach the server in the DMZ wither from the LAN or internet isn't possible. I think the issue lies in the DMZ webserver itself. Please, take a look at the capture and suggest.