Welcome to the new Cisco Community. LEARN MORE about the updates and what is coming.
Turn on suggestions
Auto-suggest helps you quickly narrow down your search results by suggesting possible matches as you type.
Showing results for
Search instead for
Did you mean:
Create a new article
Options
2767
Views
5
Helpful
0
Comments 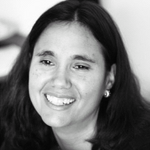 This is the slides for the live webcast.

During the live event you will learn how to troubleshoot common problems that firewall administrators encounter on a daily basis regarding adaptive security appliances (ASAs), Private Internet Exchange (PIX), and firewall services modules (FWSMs) with Cisco expert Kureli Sankar. The event will include a live demo.

Kureli Sankar is an engineer supporting Cisco's firewall team in Research Triangle Park, North Carolina. Her team supports the Cisco ASA, FWSM, Cisco Security Manager, the Content Security and Control module, and the zone-based firewall module in Cisco IOS Software. Prior to joining Cisco, Sankar worked for the John Morrell Co., where she was the network administrator in charge of the company's enterprise network covering 27 locations in the United States. She also was an adjunct professor at the University of Cincinnati, teaching undergraduate-level networking courses. Sankar holds a degree in electrical and electronic engineering from Regional Engineering College, Trichirappalli, India, and holds CCSP and CCIE Security (#35505) certification.