1st visit to Cisco live!, the impact of video 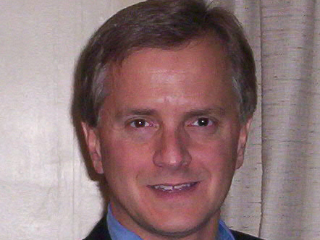 I attended Cisco live! this week at the Moscone Convention Center in San Francisco. This is the 20th year of the company’s annual customer event that combines a trade show including Cisco and partner company presentations, with an extensive education program for network engineers, IT management, and service providers.  Perhaps I should modify my opening statement somewhat: I attended in person on Tuesday, and in the virtual auditorium on Wednesday.  With Cisco’s tele-presence capabilities, that probably comes as no surprise.

There was an emphasis on the benefits of tele-presence and virtual meetings in CEO John Chambers’ keynote address, to the point of suggesting that in the future “every employee of every company” will work this way.  There are advantages and disadvantages to this, so it will be interesting to see how much this prediction holds true. I am happy that I attended in person on Tuesday, so that I could personally interact with presenters in the Cisco booth as well as in partner booths. You never know who you will meet or what you might find that way, and I definitely benefitted from the chance encounters and face-to-face interactions. This was especially valuable for my 1st time attending the event.

On Wednesday, having spent the entire day before at Moscone, I was glad to save the commute time & parking fees since I was mostly interested to hear CTO Padmasree Warrior’s keynote.  Someday I hope to have a broadband connection that is fast and reliable enough to support this type of live event.  I experienced freeze-ups live and also when I listened to the replays later.  Technology difficulties aside, my opinion is that the virtual meeting is great when you are passively participating in an event, or when your role and level of participation is well-defined - like in company meetings. A tradeshow is more about exploring, and the virtual version is somewhat limited.  It can be a happy medium to save expenses of travel,  and I also think it’s brilliant to offer this alternative to keep customers engaged who cannot be physically present, especially in this economy.  Other industries that are seeing declining trade show attendance should offer this as well. Nevertheless Cisco live! still had record attendance of ~10,000 .

It is was interesting to see the emphasis on the role of video in John Chambers’ keynote, where he said that this was the biggest change since last year’s event.  The latest release of the Cisco Visual Network Index predicts that video will account for 91 percent of global consumer internet data traffic by 2013.  This explains Cisco’s purchase of Pure Digital Technologies, makers of Flip Video™, a device that was described as the “tipping point” for video in Chamber’s keynote.

One of the tag lines at Cisco live! was “the network is the platform”.  When I first saw that it struck a chord in my memory, and I realized that it looked very similar to the original Sun Microsystems motto; “the network is the computer”. But after thinking about it, and hearing the discussion of how the platform here is the integration of all forms of communication – it made sense. When Sun started, they were the best at networked workstations. But that was when networking was just about computing… about data. In 2009, networking is very much about the content, which is increasingly video. Cisco refers to the embedding of video within the network architecture as Medianet. Rather than treating video as raw data, the optimized network has intelligence built in to routers to automatically perform functions like scaling video for different displays, incorporating search capability, and translating audio to the language of the recipient.

Demos during the keynote incorporated devices like RFID tags and remote sensor networks. In one example, a sensor network could be used to detect outbreaks of fever symptoms among the population, simply by tracking individual’s thermal images in public places. With recent flu outbreaks this is a timely topic, but it struck me that it also raises some privacy concerns, even if the data is “anonymous”. Discussions of the use of surveillance cameras have been in the news a lot, but I can see how technology advances like this could take the discussions up a notch. The potential to acquire, track, store and transmit information regarding surveillance video, essentially in real time, is likely to lead to many new discussions of the right to privacy vs. public welfare.

The consumer side of the business was well represented at Cisco live!  I had fun in the “digital crib”, a model of a networked home, with wireless distribution of music and video. There were terabyte networked media hubs from Linksys to store all the media on, connected to 802.11n routers, along with wireless speakers and iPod docks.  I’m wondering how long before we see an iPhone app.  The iPod Touch and the iPhone can connect to Bluetooth-equipped devices, but it would be really cool to do it over WiFi anywhere in the house.  I’m not sure how much Apple would like that though.

I have much more in my notes from Cisco live!, such as the Intel presentation by Kirk Skaugen (vice president of the Digital Enterprise Group and general manager of the Server Platforms Group).  His presentation on “The Embedded Internet” was very interesting, especially regarding WiFi and WiMAX.  Power savings that can be achieved at the server level brought home the #1 issue that the chip-level folks like myself have been keenly aware of.  It makes all the on-chip power management struggles somehow more real when you think about it in terms of the eventual impact on greener technology.

But that will have to wait for another post.

article also published at The World is Analog