Horizontalization Is Not for Everyone: A Wider Perspective on Telco/OTT Paradigm (Disponible en Español) 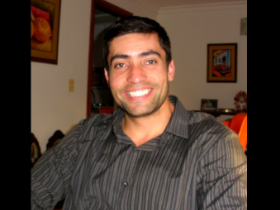 I ended up being a victim of my own written words, and although I’m still convinced that the Telco/OTT discussion is wearing out, the recent launch of VoIP, messaging and file transfer app “Tu Me” by Telefonica plus the incisive opinion of industry analysts about how Telco strategies must mimic OTT innovation business models in order to stay relevant, made me think if that’s really the only option Telcos have. In the current state of the industry one might conclude that the evolution of wireless technology has impacted the business model that used to support such evolution; is also clear that when the Internet experience started to mesh with the use of mobile devices a door opened for services from new providers with high potential of engagement among users on the move to enter the scene, that potential became reality which in turn transformed into revenue for those providers in detriment of the Telcos own profit, ergo an strategy must be formulated but I doubt that “one size fits all” (sorry on the cliché) will do the trick.

Media and Analysts Opinion Tends to Be Simplistic

I don’t want to fall on the same mistake myself, thus I refuse to generalize, but the big majority of articles that I encountered on the matter, describe the challenge as a trivial problem with an obvious solution; “Telcos should do what OTT do” or sometimes they mention the “Best of both worlds” approach, but the issue is far from trivial, not only the Telcos would have to adopt the same perspective that OTT employ to innovate on services for the users (facing all the related challenges as well) but they still have to take care of the engineering, administrative and financial  challenge of delivering a competent cellular network, challenge that is not easy, not static, not patient and not forgiving; just the engineering behind a wireless channel is huge, plus investigation and evolution hasn’t stop so far, on the contrary, new and more complex technological paradigms emerge on the mobile field today more than ever. Besides you’ll find that among those Telcos that have embraced an early strategy facing the OTT threat there is hardly a common concept applied, and I don’t think is only because it’s early but because horizontalization is not for everyone within the Telco business.

How wide can we go?

Among the various approaches that can be identified, I’d like to mention just a few that represent the pulse of the industry. The first and most common in the beginning of the threat countermeasure plan is the lowering of the price for bundled services and the associated but insipid blockage of OTT services ranging from exclusion to higher tariffs for such usage. Another one consist on elaborated and carefully planned company restructurations like the ongoing effort on Verizon that aims to offer solutions for its customers instead of just network access. Another strategy is a complete resignation to user centric services; this position can be inferred from LightSquared statement on becoming the dumbest pipe in the world which I understand as a strategy to provide the best infrastructure so apps can be delivered effectively to the users. There are strategies that lean on new technologies and alliances with OTTs and/or Banks to offer new services like the mobile payment services through NFC technology announced in many countries. The standardized one that aims to take advantage of the already open interfaces of cellular networks and a close collaboration with OEMs within the familiar environment for Telcos to offer services like RCS-e based joynTM, this road leaves all OTT collaboration out of the question. The acquisition based strategy, which aims to absorb small OTT companies to better understand the user centric service approach; was there any doubt that Jajah was related to the subject at hand? Lastly and maybe the less relevant or arguably the one that seems out place, is the offering of MVNO service in countries without presence of the Telco; move done by China Mobile in the UK, but if you take a closer look, this move can be interpreted as another way to reach beyond the limitations of traditional service.

A Wider Perspective Should Lead To a Different Approach 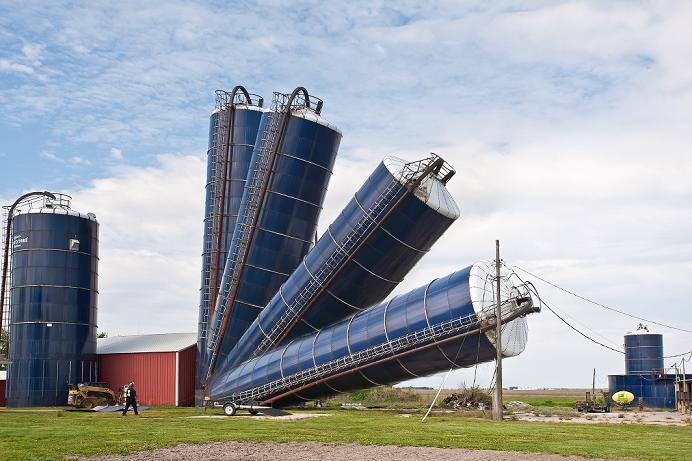 I’ve been using the word “horizontalization” indiscriminately so far, I’d like to give it some attention now, what the concept means for the industry, as I like to explain it, is to open the network infrastructure that has been used to deliver traditional services and that are totally controlled by the Telco, to other companies, networks and/or interested parties so they can deliver several services not necessarily controlled by the former and addressed to differentiated targets. Now let’s take a look at what’s happening; revenues from voice and SMS are falling due to innovation from other industries, wireless technology investigation and evolution seems not to slow down the pace it has been displaying so far, making the product cycles shorter, the challenges bigger and the threats more common and recurrent; if we simplify the panorama we’ll end up with an innovation compromise on one side and a technological compromise on the other, both with business potential and several options to configure an organization, Telcos can devote entirely or partially to one compromise, they can mix components of both compromises and just for the sake of making my point in this blog entry I’m considering the Horizontal Telco as the brave one which tries to commit to both at the same time.

I think there will be three stages the industry will have to face; the early stage will be characterized by many options and strategies leading to disparate results. The mid stage will display the surviving Telcos devoting efforts only to those strategies that produced the stronger results from the first stage, and finally a later stage that will display the new threats that will shape the industry once again.

Is really hard for me to identify any current Telco organization capable of conquering alone the action to “horizontalize” completely its business operation; (hope to be wrong here). Telco companies have many limitations and the current situation of the industry demands flexibility among other things that Telcos seem to lack of; I’m willing to expose some of those limitations:

If any Telco can leap over these and other limitations, well then I think Horizontalization can be accomplished by them.

From the Smart Pipe to the Ultimate Wireless Service Provider

So we have a wider view, we have review some limitations, we can now set two ideal reference points in the Telco strategies action line; companies in the field should fall in between this two references; the Smart Pipe and the Ultimate Service Provider. The first one will have a segmented infrastructure capable of dealing with the key technical aspects that will allow not only the effective delivery of services but also many interested parties will ride on top of this infrastructure without hurting the business model of the Smart Pipe Telco, because its revenue scheme has shifted, its network infrastructure will be composed of three main layers:  The Service Layer houses the application servers, it could include an IMS network, billing systems, QoS control, business intelligent solutions, subscriber databases and new border network control functions to interact with other providers of service layer capabilities. The IP Transport Layer will provide the capabilities to ensure the fulfillment of service level agreements with not just one but several providers of service layer, it will own edge network equipment that’ll allow the interaction of several access networks between them and towards the upper service layers, it should provide IP services like DPI, filtering, security, etc. The Access Layer will be as heterogeneous as it can get, this layer will manage all the resources of wireless channels across many types of wireless access and will provide the appropriate interface to handle the SLAs with the IP transport layer.

The second reference point; the Ultimate Service Provider will display the same features of the Smart Pipe, plus the organizational functional units that a service innovation Internet company uses to engage the user, R&D groups focused on inventing and researching to take advantage not only of the user tastes and needs but also of every piece of its Smart Pipe infrastructure to enhance its services, let’s not forget the massive customer service area, such Telco would have a reach that could be so impressive … I cannot clearly picture it. Many will argue that a Telco can do it without the smart pipe infrastructure, but if so, can it really be called a Telco?

Latest Contents
SRMS - Mapping Prefixes between ISIS and OSPF
Created by loris.marcellini on 02-23-2021 04:57 PM
3
5
3
5
Hey folks, backgroundI am merging two ASes, AS100 and AS300. AS100 runs ISIS level-2-only and has SR enabled. AS300 runs ospf and ospfv3 and has LDP enabled. I have interconnected iosxr-9k-3 in AS100 to iosxrv-5 AS300 using a physical link and r... view more
UCM Phone Profile Transfer to Different Device Type
Created by MatMR on 02-23-2021 01:20 PM
0
0
0
0
I routinely have to lifecycle 50+ from a site. One of the longest parts of this process is documenting and transferring specifics onto the new phone profile IE. Extension, Identifying name, ECT.Is there anyway to transfer a phone profile to a different ty... view more
Disk space not sufficient for rpm installation on NCS5501-SE
Created by filopeter on 02-23-2021 01:24 AM
4
0
4
0
Hello,during SMU installation on NCS5501-SE, IOS XR 7.1.2 I almost run out of a disk space. Here is the warning%HA-HA_WD-3-DISK_ALARM_ALERT : A monitored device / ( rootfs:/ ) is above 80% utilization. Current utilization = 85. Please remove unwanted user... view more
IS-IS routes leaking
Created by Ryan4699 on 02-22-2021 06:50 AM
2
0
2
0
Hi, Guys, There are multiple IS-IS instances which are both running with Level-2 only in the network, and I do not want to leak the routes between these IS-IS instances, how to implement this stuff? Appreciate!
ISIS optimization
Created by Ryan4699 on 02-22-2021 12:33 AM
1
0
1
0
Hi, guys, i wonder how can i do to optimize ISIS adjacency formation or maintenance from bandwidth utilization point? Any help will be appreciate!
CreatePlease login to create content
Discussion
Blog
Document
Project Story
Video
Related Content
Discussions
Blogs
Documents
Events
Videos
Project Gallery
Content for Community-Ad