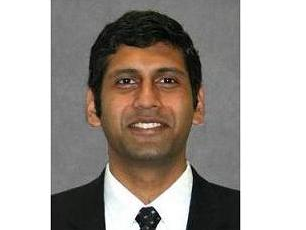 Yes, LTE is being heralded around the world as the next phase of cellular mobile communications. But important business, technology, marketing and operations alignment must first be considered by mobile operators as part of their LTE planning. LTE brings a major transition of the mobile network to an all-IP network. Here are some key things to consider, based on conversations with operators.

The Business Plan - Question number one that operators bring up is “What is the right time for me to launch LTE?” And then followed by “Can I make money on this?”, “Is my market ready to pay for faster speeds and more bandwidth?" and “Can I launch better applications that my customer base can pay?” Some markets are more mature than others so this should drive how quickly an operator offers LTE. Another aspect to consider is the competition and when they will be moving to LTE. Failing to meet the competitive challenge could lead to loss of market share. The capital and operational costs for the new radio and backhaul infrastructure should also be factored in to a LTE business plan to gauge the time to return on the investment.

New Business Models - Associated with LTE discussions are new business models for operators. The significant CapEx and OpEx involved in  running a LTE network is requiring operators to think in different ways. Network sharing, partnering, and colocated cell sites are becoming important in many parts of the world. Operators are tossing around ideas to leverage backhaul from a common provider. Sharing facilities and related infrastructure are being explored. Managed content with revenue sharing models is becoming the norm.

Backhaul - How LTE backhaul is deployed could make or break the payback on a LTE deployment. Backhaul is the highest OpEx cost for operators. Mostly, it has been agreed that Ethernet is the way to go for backhaul. But Ethernet is not yet available to every cell site. At lower bandwidth speeds (8-10 Mbps), T1s or E1s still make sense. But T1s and E1s cease to be economically feasible once the operator has 7 or 8 of them. That’s when it’s time to go to Ethernet, but planning should begin before this threshold is reached.

Still, some of the big operators are using T1s in the U.S. and losing money in the interim. The major reason they haven’t transitioned to Ethernet is lack of familiarity with IP and tools among their engineers. It’s been hard for them to break away from TDM. But that transition in technology and skills is underway.

As for smaller operators, a big question is “Should I build or lease LTE backhaul?” While it is less expensive to lease at lower traffic volumes, operators who choose to do so will lose the ability to customize topologies and optimize for X2 handovers and latency-sensitive applications. The leasing option will work out for many operators with proper QoS planning.

Evolved Packet Core (EPC) - The Mobility Management Entity (MME), Serving Gateway (SGW) and Packet Data Network Gateway (PDN GW) that are the building blocks for the EPC can be deployed in different degrees of distribution. Choosing the most optimum option is dependent upon latency requirements, mobility events, application requirements, traffic patterns, number of subs and cost of backhaul vs. offloading locally to the Internet. The deployment options include:

Another important aspect is choosing the combination of gateways and MME at a particular location. Based on the above factors, it is almost a given that SGW and PDN-GW will be co-located. MME in the initial stages can be more centralized but eventually will be equally distributed as SGW and PDN-GW because of the mobility event considerations for VoIP and real time applications.

Finally, what are the policy control and charging mechanisms most appropriate for LTE? How much deep packet inspection and billing are important in LTE? Deep packet inspection with policy will grow in significance – albeit with simplistic enforcement and policies tied to consumer offerings.

Operations - LTE is an all-IP network environment, so the skills, processes, tools, and templates will be different from the existing Telco environment. The mobile operators need to prepare their operations team for capacity and performance planning and new troubleshooting methods. Another important operations aspect is “How do I transition and integrate LTE offerings to my existing services and users without adversely impacting them?”

IP Planning - Most people expect that IPv6 will go hand in hand with LTE. But questions include “What changes will have to be made to enable IPv6?” and “How operationally intensive will the transition from IPv4 to IPv6 be?” Also, “When will be devices be ready for my market that support IPv6?” There are three choices for IPv6 deployment: Launch with IPv4, launch with handsets using IPv6 and maintain IPv4 for infrastructure, or launch using IPv6 end to end. Each option has implications on the readiness of the network for IPv6, operations readiness and requirements for 6-4 NAT.

Security - The added bandwidth in LTE makes it more important for mobile operators to move to true service provider-class security tools instead of relying primarily on firewalls. The key difference is automatic instead of manual features in tools like Unicast Reverse Path Forwarding (uRPF) and Remote Triggered Backhauling (RTBH). The key is to safeguard your infrastructure from external traffic (e.g., from users, the Internet, and partners) and allowing other interactions beyond the gateway.

MPLS Core - Most mobile operator concerns on MPLS Core is around scalability. As we move towards LTE, the question of being able to provide cheap transport vs. quick internet pipe will drive the degree of distribution of EPC core.

IP Multimedia System (IMS) Strategy - This is not an immediate concern for operators but it is something that they are curious about. IMS is the direction for most operators when they consider offering Voice over LTE (VoLTE). Right now, it is expensive to implement and is operationally challenging. So in the meantime, “How does the operator work towards an IMS-Lite deployment?” and “What is the minimal VoLTE service that you can get away with?”

Radio and RF Strategy - It is important to ask “How do I best optimize the CapEx investment for the new LTE radios?” and “What and how much spectrum can be used?” If the spectrum needs to be re-farmed, then “What is the implementation plan?” and “Should LTE be deployed throughout the entire market or just the hot spots?” Also, “Is consumer and enterprise Femtocell going to be part of my radio strategy?” and “What is my 2G/3G fallback plan for non-coverage areas?” Operators continue to think of Wi-Fi as a short-term offload strategy, but “Can it be a long-term plan?” LTE brings Self Organizing Networks (SONs) which will be evaluated in the next phase of radio expansion.

Devices - Items that have dependencies on devices are – IPv6 support; multiple radio fallback technologies, spectrum, global and local roaming; primary and secondary PDP concept to ensure differing QoS for different applications. Other regular considerations are size and power consumption. And the price points need to appeal to operators and their consumers.

LTE is an all-IP network that requires a high degree of readiness for deployment. Readiness on eight different metrics is discussed here briefly (I will expand on this in one of the future blogs). It is also important to highlight the organizational impact of a flat network in LTE, discussed here and in a second blog.

So as you can see, there is a lot to think about when planning for LTE. What’s on your mind?