LTE North America - It's a Wrap 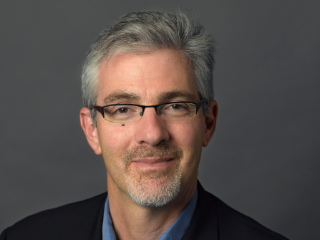 The LTE North America event is over and it was again another successful event for Cisco.  The attendance doubled from last year, which says a lot about the interest in LTE.  It was great catching up with customers, partners, old friends and even competitors, and seeing what is going on in the industry.  The highlight for us was winning the award for "best enabling product/technology for LTE by a North American company" for the ASR 5000.  This was unexpected for us, but very exciting.  We also led an all day pre-show seminar on the Mobile Internet, sat on an LTE panel, and gave an optimization presentation as part of the main conference track.

It was great seeing all of the operators talk about their LTE plans.  Reduced latency is really one of the key “wows” for users of LTE networks.  A few operators even mentioned that they are proud to be bit pipe providers.  There were lively debates about whether HSPA+ is 4G or not.  There were even some delegates downright angry about HSPA+ being called 4G.  From my perspective, it’s all marketing, and makes me wonder what the general public expects from 4G.  When I asked my kids about what they thought 4G was, they said that we should be getting 4 Gigabits per second of bandwidth.  Make sense from their standpoint, but they are going to have to listen to Aerosmith and Dream On.

I especially enjoyed attending the Rural operator track at the show.  They have a very different perspective on what is required. I listened to one of the best speakers in the industry, Rob Riordan, executive vice president for Nsight, the parent company of Cellcom, talk about the challenges of the smaller operators.  Rob had my favorite line of the conference, “As people surf faster, they surf more.” I agree.  LTE doesn't by itself solve data tidal wave problem.  It will require operators to look at monetization and optimization techniques over their 3G and 4G networks.

Here are my key takeaways from the conference:

Well, that’s all from LTE North America.  I’m off to London for the Broadband Traffic Management conference.  I’ll be presenting on the topic “Policy – The Baseline to Monetization.”  If you are in London next week, stop by and say Hi!