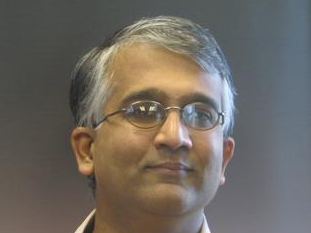 Google the phrase "LTE vs. WiMAX," and the results might lead you to think there's a battle royal going on out there – say, like the one over what to do with the U.S.'s crazy quilt of medical insurance. Here's a sampling:

·         This WiMAX vs LTE battle…like the US Democratic Presidential race

And that's just from the first 10 hits.

The truth is, 4G wireless technology evolution isn't a "Betamax vs VHS" winner-take-all competition. In fact, it's not, properly speaking, a competition at all. It's an engineering question. And like all engineering questions, choosing technology depends on not just on technical factors. A simplistic answer is that  WiMAX is from Mars – data  – and LTE is from Venus – voice.

And just as both Mars and Venus have their essential place in the scheme of things, so LTE and  WiMAX, too, have their respective places in meeting business goals – from profitability and customer retention, to business expansion and changing market demands.

So let's turn down the volume and look at LTE and WiMAX in terms of architecture (mobility, security, access-gateway) and physical layers (transmission modes, duplexing types) comparatively –instead of competitively – and map these to operators' business and strategic concerns.

The first part describes LTE and WiMAX evolution and history. The second offers a system-level LTE and WIMAX comparison, focusing on system architecture and protocol stacks for the control and user traffic. The third part describes the air interface for LTE and WiMAX. And part four ties it all together.

How we got here: LTE and WiMAX pedigrees

One of the tried and true rules of conflict resolution is that all parties get to explain where they're coming from. Likewise with LTE and  WiMAX – we need to understand where the players are coming from. So let's take a walk down telecommunications memory lane and see how this happened.

Back when Southwest décor was hot and Don Johnson ruled prime time, wireless' first generation (1G) was born with the first commercial cellular networks, which were based on analog standards. These were quickly followed by a second generation (2G) of digital cellular standards using digital modulation and signal processing.

As we all acquired mobile phones, carriers needed more efficient voice transport. And, people started thinking about doing things with cellular networks that had nothing to do with voice – GSM, for example, was capable of also carrying data (at speeds as high as 14.4 Kbps!). The International Telecommunications Union (ITU) unveiled a third generation (3G) standard – IMT-2000 – for supporting applications beyond voice, enabling growth, and increasing bandwidth.

This gave birth to two distinct 3G standards groups to advance 3G network deployment: 3rd Generation Partnership Project (3GPP) and Third Generation Partnership Project 2 (3GPP2), for GSM  and CDMA respectively. An alphabet soup of standards for next-generation data communications on cellular networks followed in the wake of these groups: EV-DO, EDGE, HSDPA, HSUPA – you get the idea. However, when the dust settled, the 3GPP and 3GPP2 camps made common cause behind a 3GPP technology called LTE (Long Term Evolution).

Meanwhile, back at the IP ranch, the IEEE was engaged in a similar, parallel and completely independent effort. As many of us added the phrase "Internet disconnection anxiety" to the language, an IEEE working group drew the blueprint for keeping us perpetually connected by extending wireless broadband access from LANs to Metropolitan Area Networks (MANs) and Wide Area Networks (WANs). The working group leveraged the DOCSIS – Data Over Cable Service Interface Specification – standard heavily, especially in the definition of the MAC  layers (so, they were not reinventing everything, only the physical layer). In 2004, this new standard made its debut as IEEE 802.16; introducing a new transmission scheme, OFDMA (orthogonal frequency division multiple access). Its nickname was WiMAX (Worldwide Interoperability for Microwave Access)

The difference between the WiMAX-Mars family tree and the LTE-Venus family tree can be illustrated by the following story. In the mid-1990s a friend telephoned me from India using his company's new Voice over IP technology. Or at least, the telephone rang and I detected Ron's voice at the other end of it. To him this call represented a technical triumph because it proved that  the Internet could carry voice communications – otherwise known as phone calls. To me it represented an unacceptably bad phone call.

Now, without folks like Ron figuring out how to turn a phone call into a data file, I wouldn't have the slick unified communications system that transcribes my voicemail and sends it to me on email, or lets me seamlessly return an email with a phone call that also shows the subject of the email I'm responding to. But without folks who understand my non-negotiable expectation of a dial tone when I click "call," Internet telephony would remain an historical footnote, like the Radio Trading Company's 1932 electro-mechanical See-All Radio-Vision Receiver.

Which brings us back to the present Mars-and-Venus squabble between WiMAX and LTE proponents. Next up: LTE and WiMAX: an apples-to-apples comparison.