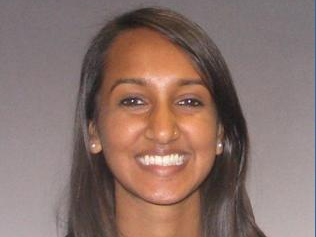 When I received my first cell phone, I used it for voice calls and playing the game Snake… the thought of having internet access at the palm of my hands was a wish I could only dream of.  Today, the idea of internet access everywhere IS the new normal. I actually find myself questioning people who do not have internet access on their mobile devices. This technology shift has turned into a lifestyle change for the world; an expectation of access to the internet at any time is always there.  Since the 2012 London Olympics have come to a close, a precedent has been set by this global event as to what the world expects in terms of technology. London had to step up their technological innovation around the city, inside and outside of the Olympic Park. A great example of this would be the free Wi-Fi set up at the London Underground tube stations around the city. According to an interesting T3 online article Wi-Fi Arrives at 40 London Underground Stations, Virgin Media, a service provider in London, set up access points in over 40 tube stations across London with Wi-Fi speeds that are faster than many people’s Wi-Fi at home.  This increase in demand for access to the internet feeds Cisco’s Visual Networking Index (VNI) which predicts mobile data traffic will increase 18 times by 2016. The need for access, any time any place is here to stay.

With that said, as people today continue to stay connected anywhere, anytime and on any device in both fixed, nomadic, and truly mobile situations, SPs need an intelligent network that can provide that quality experience we all want "on the go" while taking into consideration the potential changes in the mobile market. Watch this short video where we get to take a look at truth in numbers - numbers on the mobility market, where it's been and where it's going.

Latest Contents
Show installed Service Pack on IOS XR with NCS platform
Created by AlexRasmussen on 03-01-2021 07:03 AM
0
0
0
0
Hi all! Does anyone know an easy and quick way to show the installed Service Pack level on IOS XR for the NCS platform? I know I can compare the packages within the Service Pack TAR archive file and the output of the command: "(admin) show insta... view more
Configuring EVC on ASR 920
Created by hm7 on 03-01-2021 12:37 AM
1
0
1
0
Hello everyone,I have a ASR 920 (ASR-920-12SZ-IM) currently on loan from the Amsterdam Demo Depot and I would need some help in configuring ethernet virtual connections. I have no experience in configuring these services. I have attached a drawing to... view more
Segment-Routing Mapping Server
Created by Ryan4699 on 02-28-2021 06:20 PM
0
5
0
5
Hi, Guys, There are two SRMS servers in the network, I wonder how SRMS Clients select the one of SRMS server as the active one, what's the election factors and how could i specify the one of SRMS server as the active server, the another one as redund... view more
IS-IS routes leaking
Created by Ryan4699 on 02-27-2021 08:41 PM
1
0
1
0
Hi, guys I just wonder does IS-IS would leak routes between the different instances? Thanks,
A9K-8X100GE-TR RATE LIMITED
Created by PK99 on 02-26-2021 05:19 AM
2
0
2
0
On ASR-9904 Chassis with RSP5-SE.  I was under the impression that the RSP - Chassis combo could support 1.8T per line card.  However, when a A9K-8X100GE-TR is inserted, I get RATE LIMITED message. %FABRIC-FIA-1-RATE_LIMITER_ON : Set|fialc[... view more
CreatePlease login to create content
Discussion
Blog
Document
Project Story
Video
Related Content
Discussions
Blogs
Documents
Events
Videos
Project Gallery
Content for Community-Ad