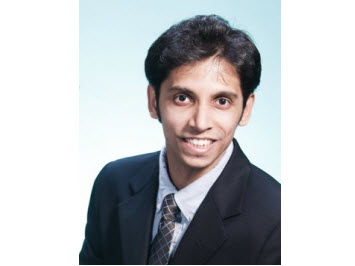 Mobile World Congress, over the years has been very focused on mobile devices with glittery flagship launches right from big to small device manufacturers dominating the headlines and the showshare. However, the focus and the discussion at MWC 2014 has clearly shifted beyond mobile devices and into actual services and infrastructure which is going to power the next billion things which connecting to the internet. Service providers, infrastructure vendors, software and cloud platform companies all took center stage at this year's MWC.

In one of the keynotes at MWC 2014, John Chambers, Cisco's CEO highlighted: “When I came to Cisco there were about a thousand things connected to the Internet, now there are 10 billion … by the end of the decade there will be 50 billion.”

The quote from Mr. Chambers speaks volumes on how big this opportunity is and how bigger it’s going to be over the next few years when we will have more connected devices than humans. Almost every booth other than the mobile phone, tablets and accessories manufacturers had a common goal -- How to deploy, connect, enable and manage this disruptive wave of billions of "things", calling them as Internet of Things (IoT). The entire economics are different for IoT when compared to the mobile phones on a cellular network. The IoT requires entirely scalable, low-cost, intelligent and reliable networks.

The ‘Internet of Everything’ (IoE)

In just span of a year, many service providers, infrastructure, cloud and platform vendors are almost planning to take a radical approach on how they can build networks, infrastructure, platforms, and applications to connect these billion of devices to the internet.

One of the key reason being, the industry has realized the huge potential of "Internet of Things" beyond targeted verticals and M2M applications such as smart meters, telematics and others. Industry players are now pretty ambitious to connect almost anything and everything, and collect every possible datapoint from every sensor on those devices moving beyond the traditional M2M data exchange into complex things such as connected cars, cities, wearables & others.  We are essentially moving from a network of less smarter things to a network of much smarter things which have sensing capabilities and provide context (location, etc.) similar to evolution from feature phones to smartphones but this time it’s quicker than expected.

This opens up infinite opportunities to make everything around us connected, intelligent, autonomous (in some cases) and manageable. Thus "Internet of Things" (IoT) has swiftly expanded to what can be now called "Internet of Everything" (IoE).

As a result, service providers will have to give up their earlier 'siloed' approach to deploying M2M infrastructure and thus will have to start from a cleaner slate to make the infrastructure broader, scalable, reliable and independent of the device categories or verticals. The goal would be to allow service providers to take their current M2M business beyond “wholesale” and into consumer space powered by a common and elastic, scalable platform and infrastructure underneath.

NFV (Network Functions Virtualization) will play an important role to virtualize number of functions from infrastructure perspective to achieve the above and power the IoE. There were number of companies showcasing their cutting-edge solutions at MWC 2014. Some of the NFV vendors have even leapfrogged ahead researching and commercializing NFV 2.0 solutions taking different approach on how they can virtualize the infrastructure and help service providers potentially reduce theirs CAPEX & OPEX costs to almost 15-20% of the current structure, improve service delivery and monetize in a better way.

LTE-Advanced (3GPP Rel. 11/12/13) and ongoing changes in infrastructure will another key driver towards reducing latency, enhancing the signaling and energy efficiency, improving throughput and thus leading to better QoS,, key to a sustainable IoT network.

Big Data, as everyone often have talked about over the last year was also one of the underlying theme at the show with many vendors unveiling solutions to help service providers track, decipher, analyze and convert zillions of data points coming from billions of devices connected to their network in real-time into actionable insights. Big Data will need to translate into Big Information to transform the data pipe an intelligent pipe.

Real-Time intelligence gathering will be thus important to optimize their networks, services and infrastructure by harnessing the power of cloud and data analytics. This will allow service providers to offer the best and consistent quality of service (QoS) when managing such as big network from connected device and traffic perspective. Additionally, insights gained from the network will also help service providers understand the network, devices, users and newer use-cases. This will in-turn help service providers to build new monetization services, effective pricing models, clever policies and much more to enable “data-as-a-service” (DaaS) type adjacent business models leveraging IoE data.

In summary, at MWC 2014 we finally witnessed the glimpse of M2M 2.0 revolution or one can say IoE evolution demanding newer approaches from service providers to make their network much more intelligent, scalable, and reliable and in addition also seed newer monetization opportunities. IoE also offers a broader, deeper contextually connected intelligent network providing opportunities for service providers to make meaningful differences by empowering people and devices, thus, increasing the value of the network*.

Learn more about Neil and access all his blog posts here

Latest Contents
ASR9K Multi-hop BFD resiliency
Created by James Jun on 03-05-2021 03:00 PM
0
0
0
0
When doing multi-hop async BFD sessions on ASR9K, the following restrictions / caveats are noted:1.  HW-offload is not supported2.  LC CPU which hosts the session is randomized according to line cards listed under 'multipath include location X/X... view more
ASR 9000 forwarding latency in 2021
Created by James Jun on 03-05-2021 01:18 PM
0
0
0
0
Hello,In previous post (https://community.cisco.com/t5/xr-os-and-platforms/asr9000-forwarding-latency/td-p/2708349) back in 2015, it was identified that Typhoon to Typhoon forwarding latency on ASR9K is estimated to be around 15usec. Is there such fi... view more
[bng] mac address format change - mac not being used for Aut...
Created by Carlos A. Silva on 03-05-2021 09:14 AM
0
0
0
0
Hi,  My question is regarding the Radius AVpair client-mac-address that is sent to a Radius server as part of the authentication process and accounting. Let me clarify first that we are NOT using the mac-address as part of the username at all. T... view more
On-demand bandwidth
Created by Ryan4699 on 03-05-2021 07:03 AM
0
0
0
0
Hi, Guys, I wonder what the on-demand bandwidth utilization workflow is...Appreciate!
disable prompt destination file name when copy file cisco i...
Created by lab-jkt on 03-05-2021 01:38 AM
0
5
0
5
Hallo  on ios-xr is possible or not when we wan to disable prompt "Destination file name (control-c to abort): "  when copy file cisco ios-xr to usb like file prompt quiet on ciso ios ? Thank you for help
CreatePlease login to create content
Discussion
Blog
Document
Project Story
Video
Related Content
Discussions
Blogs
Documents
Events
Videos
Project Gallery
Content for Community-Ad