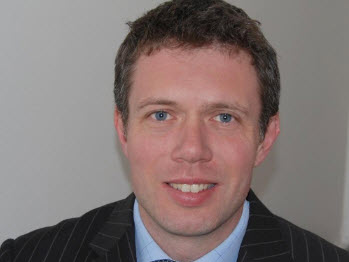 Have we hit peak SMS? WhatsApp, Facebook, BBM, Skype, iMessage and the many other free messaging apps for smartphones are finally beginning to erode one of telcos’ most lucrative cash cows – SMS.  SMS has had a fantastic growth run, but it looks to have now peaked as a revenue generator.

In the third quarter of 2012, US mobile operators’ messaging volumes and revenues declined for the first time, according to Chetan Sharma Consulting. UK-based multinational operator Vodafone reported that its messaging revenues fell 3.3% on an organic basis in the six months to September 30 even though volumes were up 1.7%. In the three months to September 30, the organic decline in Vodafone’s messaging revenue was even steeper at 5.3%.

SMS revenue is clearly headed in the wrong direction, but the volume metric may actually be more important strategically. It is crucial that telcos don’t cede this space entirely to others – messaging is both an important marketing platform for other services and the generator of valuable social graph data. Without messaging, telcos will become far less relevant in the eyes of the consumer.

What should telcos be doing to shore up SMS? First of all they have to recognise the extent of the competition and the need to move fast. One of SMS’s key advantages has been its ubiquity. But some communications apps, notably Facebook, are now used by hundreds of millions of people.  Nokia is even adding a dedicated Facebook button to some of its new handsets. If telcos don’t act now, SMS could end up on a slippery slope to oblivion.

Secondly, telcos need to accelerate the roll out of their own IP-based communications apps, but ensure they can also send SMS messages when necessary, in the same way that Apple’s iMessage service defaults to SMS if the recipient doesn’t have an Apple device. Telcos should do deals with handset makers to ensure that as many smartphones as possible ship with their own IP-based/SMS messaging app on the home screen. If the telco uses the SIM card to authenticate the customer, they should be able to set up this app with a couple of clicks.

Telcos should also keep messaging simple, putting the emphasis on dependability and interoperability. Many consumers aren’t that bothered about fancy additional features, such as photo sharing or file sharing. For many, the real value of SMS is being able to send simple time-sensitive messages, such as “I am running 20 minutes late” or “do you have your keys?” SMS is good enough in many circumstances.

Telcos’ postpaid bundles should include unlimited SMS as a matter of course. That gives consumers peace of mind and, if telcos move fast enough, may yet ensure that they maintain a large share of mobile messaging traffic.

Latest Contents
Cisco IOS-XRv - Nokia l2vpn issue.
Created by Alexey Leontiev on 10-26-2020 07:36 AM
0
0
0
0
I configured ISIS, ldp, l2vp between  XRv-Juniper and XRv-Nokia. The l2vpn connection between  XRv-Juniper works fine. But l2vpn connection XRv-Nokia doesn't work well. Nokia side is up, Cisco side is down.Cisco side:interface GigabitEthernet0/0... view more
BGP IPv6
Created by Ryan4699 on 10-26-2020 12:30 AM
4
5
4
5
Hi, Guys, I'm facing a problem on BGP with IPv6 family unicast, Router A with IOS-XR and Router B has established the BGP IPv6 neighbor but they're not able to advertise the prefixs(IPv6 address of loopback 0) to each other.BTW, they're not in the sa... view more
how to check the LDP packet statistics
Created by jaggy_learner on 10-23-2020 03:44 AM
0
0
0
0
Hi Guys, How to check the LDP hello packet statistics on cisco router
Interfaces move to preconfigure state
Created by TonyWhitsell01968 on 10-20-2020 11:30 AM
2
0
2
0
Hello,I'm experiencing behavior on the NCS540 whereby interfaces which physically exist are being moved to preconfigured interfaces once configuration is added.  Interfaces now "missing are ten0/0/0/2, ten0/0/0/3, ten0/0/0/17Example RP/0/RP0/CPU... view more
.
Created by rocky1 on 10-20-2020 11:00 AM
3
0
3
0
.
CreatePlease login to create content
Discussion
Blog
Document
Project
Video
Related Content
Discussions
Blogs
Documents
Events
Videos
Projects
Content for Community-Ad