Set-Top-Box Revisited: How does the Gateway solution increase competition? 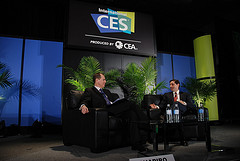 mined in revisiting and repairing the current CableCard rules fiasco in which it chose to mandate a universal Set-Top-Box for Cable, Telco, and DBS providers. Where does a solution lie, and is the FCC going down another road of improbable acceptance? See (Boucher Backs FCC Set-Top Box Effort)

The problem with a CableCard solution, in an attempt to create more competition, was the opening of current provider STB’s to access other venues, which turned out to be both technically and business concept unfriendly. Video providers are not going to share proprietary technology or a business specific customer experience to comply with such a rule. It did not make for good business economics, and led retail manufacturers down the wrong path of investment in believing providers would accept and adopt such a technology. Fast forward to today, and we are back at the same starting gate with another proposal by the FCC to create more competition within the video and broadband marketplace.

Set-Top-Boxes are uniquely provider centric, and therefore changing that concept is not going to be met with open arms. With that said, the market is moving to more of a gateway consumer experience, although it is not there yet, which should be and seems to be, the focus of the FCC in an attempt to create a better competitive landscape. However, the STB has to remain an exclusively provider experience whether you are a Cable, Telco, DBS, or Over-The-Top provider service. See (Death Row For the Integrated Set-Top)

For a wider acceptance of creating more choices within the home for consumers, the gateway must be specifically designed to accept the (Four Play concept) of phone, Wireless, broadband, and TV. The TV monitor should be accepting an STB signal to differentiate seamless and multiple internet surfing, and TV access. The competition aspect of this design lies within the Set-Top-Box. This device must be company specific and give the consumer a wide variety of choices to various information and entertainment exclusively provided by each competitor.

To clarify, each provider of entertainment would create their own set-top to interface with the gateway. The STB uses the broadband pipeline, from whatever carrier, and integrates the company specific experience to the consumer, whether it is Cable, Telco, DBS, or Over-The-Top providers. However, mandating some type of STB interface to access competitors separately or modifying STB’s to be universal, will just slow competition and go down the path of CableCard inoperability.

To reduce consumer costs, eliminate the need for multiple STB’s within the household. Use the gateway to provide an STB wireless-encrypted signal for each TV interface. Not being an engineer, this concept is predicated on a modified routing system for the STB. Competition remains with multiple providers of content and their unique STB interface. This also means TV manufacturers must be involved in the process while maintaining the integrity of the STB. This concept could reduce both consumer costs and capex requirements for STB providers. See (Analyst: FCC 'bound and determined' for STB ban)

Latest Contents
Understanding Cisco licensing
Created by bealefay on 09-24-2020 01:51 AM
0
0
0
0
So I picked up a used 2911 to replace my aging 3825 that I use for home router and intercom system via low end cisco 69xx voip phones. Was hoping the newer unit, advertised with CME 12, would let me maybe upgrade my phones to something more colorful.Note:... view more
Tidal Enterprise Scheduler - Job Best Practices
Created by KBishnupuri on 09-23-2020 08:44 AM
0
0
0
0
Hello, Community, How do you guys number your jobs in Tidal based on dependency flow? ie.01.JobA02.JobB03.JobCorP10.JobAP20.JobBP30.JobCor010.JobA020.JobB030.JobCor005.JobA010.JobB015.JobC
Adding 3850 Management Network to L2VPN/BGP
Created by gormanjp on 09-23-2020 08:05 AM
0
0
0
0
First time dealing with L2VPN/VPLS BGP and have been tasked with adding a management network for SNMP/Remote Access.  We will connect a 3850 to our data center ASR 9010 via copper, but I'm not sure how our management subnet (10.215.215.x/24) will be ... view more
A9K RSP-4G SYNC LED is amber ?
Created by SYGY on 09-23-2020 03:02 AM
0
0
0
0
HI all, We have configured an external NTP server for A9K. Before today, the SYNC LED was green, but now it has changed to Amber color. I consulted related documents for explanation, but I don’t know why? do you know? Synchronization (SYNC)Green... view more
CSU/DSU CLOCK RATE
Created by PietroPoliseno27977 on 09-22-2020 12:01 PM
1
0
1
0
Hello everyone, a technical question of the "csu" is not clear to me. The book icnd2 says: "" "The router, acting as DTE (data terminal equipment), is controlled by the clocking signals from theCSU (DCE). That is, the CSU tells the router when to send and... view more
CreatePlease login to create content
Discussion
Blog
Document
Project
Video
Related Content
Discussions
Blogs
Documents
Events
Videos
Projects
Content for Community-Ad