The Customer Is Not Right, When It Comes To Roaming Service (Disponible en Español) 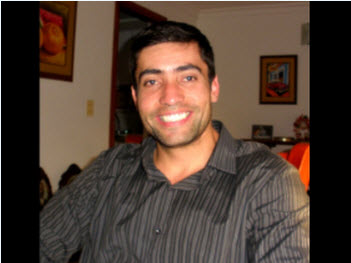 Is Roaming a Service Stuck in The Past?

And I’m not referring only to the challenges that cellular roaming service faces regarding a fragmented, not-homogeneous deployment of frequency bands globally for LTE, which per se, is reason enough to make the GSMA and other organizations of the industry to take action and try to address the problem through a series of definitions of the service facing 4G. No, I also refer to the lack of evolution in terms of provisioning, control of consume, targeted offerings, customized packages and last but not least, ease of use. On the other side, WiFi is moving forward, but at what pace? In order to become a truly disruptive force for roaming service, more energetic action engaging the user and the service providers is needed, I don’t see Passpoint certification scheme being widely deployed any time soon. 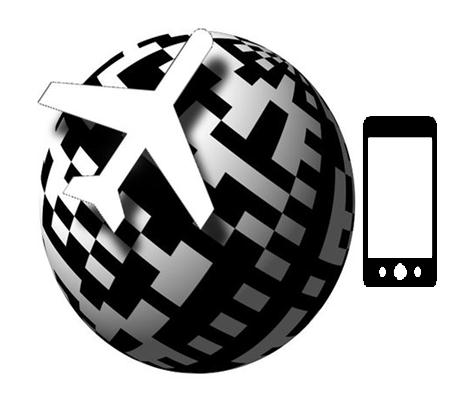 From the WiFi point of view, the roaming concept has two connotations; WLAN roaming first is understood as an equivalent of the handover event for cellular network; and second in a more similar way to the cellular ecosystem, as a service that enable a subscriber to use WiFi access outside the geographical coverage of a ESS (Extended Service Set, whit APs using the same SSID) in another ESS conserving its identity, privileges and quality profiles. Both connotations have their problematic ways, in order for the WLAN handover to work you have to consider that 802.11 connection control relies entirely on the device client, and there isn’t such thing as an standard to build these algorithms that decide when to roam or not. Now, if we want to consider an inter ESS WiFi roaming service, lets first define two types of service providers; the distributed ESS Service Provider, which has several WiFi APs covering specific places distanced geographically under one brand (e.g. International airports), and uses a centralized AAA (Authorization, Accounting and Authentication) infrastructure through user/password portals. And the Telecom operator that has a WiFi deployed infrastructure, probably even some WLAN networks in several countries and consider these as a trusted accesses according to 3gpp definition (in untrusted access must be considered the use of another functional entity called TTG). Both providers face the problem of lack of transparency and ease of use, additionally the second faces a problem of compatibility between Diameter domains and poorly defined interfaces which will only add to the compatibility dilemma in the future, since equipment manufacturers offer solutions for the Telco now.

Cellular roaming has being a successful service for operators for long time, but LTE and the evolution of mobile technologies seems to be putting this service in a problematic position; as mentioned earlier the disparate bands of LTE deployment, along with the different modes technology implementation (TDD/FDD) jeopardize the establishment of roaming agreements between operators in different countries, but problems do not stop there, the future of roaming interconnection is supposed to be supported by a non-mature protocol; Diameter still in developing state, its adoption is not homogenous among operators either. Let’s not forget voice which is supposed to be in the hands of IMS… and well, you know what happens with IMS.

The first GSM call was performed in 1991 and a year later the first international roaming agreement was celebrated between operators of Finland and UK, in a gradual way the cellular industry started introduce more services to the roaming offering, like GPRS, Roaming prepaid services and several value aggregated services leaning in the manipulation of SS7 signaling; all this possible through international SS7 signaling hubs and GRX networks carrying traffic among roaming partners. The thing is, customer usage habits are different now, regulation is hurting the revenues of roaming through cap imposition, users still cautious of the roaming bill shocks, and operators do nothing to offer us customers ways to embrace the service in a more confident manner, or even better to use what we like to use more; data services, how about flexible daily packages to use instant messaging, or differentiated video or VoIP applications on your device, where are these offerings?

In WLAN the first notion of roaming (as a cellular handover) was introduced in the legacy 802.11 standard as a layer 2 process known as re-association service, from there it has evolved to more complex definitions where the client decides whether to move the active connection from one AP to another AP of the same ESS, or to break and made a new connection according to degrading signal conditions. As service to allow users to move between WiFi “domains”, it all started when the concept of EPC (Evolved Packet Core) included dedicated gateways for non 3GPP accesses (trusted and untrusted) to be integrated to the cellular core. The now extended use of EAP SIM standard and coming ANSDF efforts will move the technology towards a better usage experience transparency wise. All these are remarkable efforts that pave the way for the complete set of definitions that we all expect the Passpoint certification program to have, but only time will tell, and the current solutions will continue to form a blanket of patches.

Utopia for the Roaming Service:

The industry plans to throw some lifesavers for roaming service like:

Yes, we need these solutions, but we need them now, implementation is a must! While the industry debates what measure to take, a couple of months ago I encounter a really interesting idea, hardly to become practical in the near future, but interesting nonetheless. The ITU proposes the Ubiquitous Consumer Wireless World UCWW. Ok the name doesn’t say much, but the idea is to build upon the NGN and LTE-SAE standardization efforts a new concept of service provider, and at the same time transforming the concept of the user, from Subscriber to Consumer.  In very simple terms the new model limits current network service providers to focus their operations at the access network (AN) and core network entities in charge of the user traffic transport, they are called AN-SP under this scenario, and they can combine or comprehend several types of access technologies as heterogeneous as it can get, and all the AAA functions are offered by a third party provider, so an ecosystem of several 3P-AAA-SP interconnected internationally that share consumer profiles is proposed. The charging model is considered to be based on volume of transactions, the user does not “belong” to an operator and the current SIM is replaced by a CIM (Consumer Identity Module) with a global unique identity probably from a new separate class of IPv6 addresses, the CIM must be sufficiently flexible to accommodate various authentication schemes for the myriad of access networks the user could roam.

Under this perspective, is clear that the roaming service needs an urgent redefinition from the business point of view and a considerable effort from the technical point of view to take it out of its stuck state, the UCWW presents itself as an interesting model of service with an intention to implement a global pilot system, can be this an opportunity to revamp the roaming service? Honestly I wouldn’t mind to change the chip in my phone when I travel if I have the security of a seamless experience and a service that I can control. How about you?