The Social Evolution of Wireless Technology 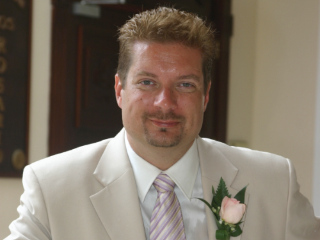 My wife has a cousin, 20 years her junior, who has never known a life without cell phones.  She turns 17 this year, and has owned more cell phones in her time than my wife has in her life (despite her gadget crazy husband).  It is very interesting to watch at the family functions how the technology gap, and the various uses for technology, have changed over those years.

Twenty years ago, I was working in the oil fields in Western Canada, and I had a "portable" bag phone in my truck.  I thought I was the coolest guy on the planet, having my own mobile phone.  I would often try to find excuses just to call someone from the vehicle, and even better, would give the number to people, saying "call me on my portable phone".  At least half of the people I knew thought it was insane to have one, while a minor group thought it was intriguing to own such a device.  The question I got most often was "why would you ever need a phone in your truck?"  In one form or another though, I have owned a mobile phone for every year of the past 20 years.  Sometimes it was because it was cool, sometimes it was because it was necessary, and often it was because it was work related.  I recently transferred to France from Canada, and in the transfer, was without cell phone service for the first month in France.  And for the first time in many years, I actually had to think about what I would do in the case of an emergency.  I was much more acutely aware of my technical vulnerability, if you will, as a result of living in a foreign country, driving on foreign roads, and without emergency communication should I require assistance.  I had a business trip to Dubai, and actually had quite a difficult time meeting up with my transportation upon arrival.  I had to look through my briefcase, wallet etc to find their number, then had to find a pay phone to attempt to reach them, and then what to do if I had to leave a message?  Where would they call me back?  I survived that trip, and became acutely aware of just how critical to my day to day life my mobile phone was.  My contacts were on there, my hotel address, my schedule, my appointment calendar, and even at it's most basic function, my ability to communicate with the outside world.

So, back to my wife's cousin, and hopefully, the point of this discussion.  While I have kept my schedule, contacts etc on my mobile phone for several years, I had never previously thought of them as critical; I always had my handy laptop to look such information up if I needed to.  Previously I had thought of my mobile phone as just a glorified phone, which handily did some other functions for me.

My wife's cousin, on the other hand, lives her entire life through her mobile phone.  She has two gadgets that she will not leave home without; an iPod Touch, and her mobile phone.  It doesn't matter where she is going, what she is doing, or what she is wearing.  Her phone and iPod follow her faithfully everywhere.  As teenagers are prone to be, she is often bored at big family functions, with crowds of adults talking about suitably adult things to talk about.  So she happily amuses herself by chatting with friends via SMS, playing games on her iPod, or some combination thereof (why oh why didn't I have such things when I was her age??).

Most of the adults at our family functions find it sad, or perhaps even rude, that she spends her time at family functions chatting via SMS with her friends.  I, on the other hand, find it fascinating.  Here is a technology that 20 years ago I would have never imagined, and it's not only available, but also relatively inexpensive.  To be able to have a conversation via SMS, relatively privately, with her friends, all while in the middle of a family function that, to be honest, a teenager would probably not choose to be at.

When I was a teenager, a car was my biggest prize, and it defined my freedom.  I could drive anywhere I wanted to, within the limits of the gasoline I could afford at the time.  I would have been heartbroken if I did not have my car to get away in.  My wife's cousin, on the other hand, views her mobile phone as her biggest prize, and her ticket to freedom.  She will happily go to any family functions, as long as she can bring her world of friends via the mobile phone.

So what will the next 20 years of mobile wireless advances bring us?  Will our social lives be defined more online, or will humanity "push back" against the onslaught of technology? 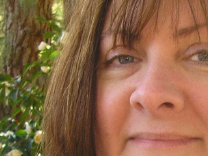 I agree, it is amazing how reliant we've become on devices that didn't exist not so long ago (at least for the mass market). I too find myself observing the younger generation and how they're so engrossed in their phones and text more than they talk. I was in a Discovery store a while ago and they had a round table set up with "toddler" computers and I found myself watching a little girl, maybe 6 years old typing and using the mouse. She has no idea she's so fortunate to have these tools and the access to so much information. At the other extreme, I was in a restaurant recently and overheard an elderly couple (late 70's) chatting. The wife was telling her husband that he should research "it" (something they considering buying) on the Internet. He huffed and said he didn't know what the Internet was and didn't see what good it would do. I don't think this obsession with all that is web-enabled and connected and social and instant gratification is all good however, but I like change and am geeky so it's a good time to see it evolve and where it goes.