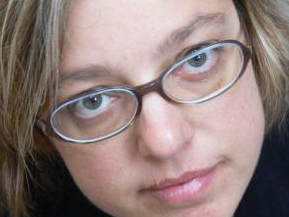 Fights, competition, impending defeats all make good stories. That is probably why we used to see plenty of press first on the “Wi-Fi will kill cellular” story, then on the 3G-better-than-Wi-Fi, then on WiMAX killing both Wi-Fi and 3G at the same time, and now, finally on LTE destroying all of the above (possibly with the exception of Wi-Fi—that’s a variation on the theme I have not yet seen). I find all this very boring. Every time a new technology appears, the dueling match starts until the next technology appears. And then again.

This all misses the point. We do need more than one technology and different technologies often compete with each other—which is healthy—but more often they meet different needs. Would you give up your mobile phone to have Wi-Fi? Or Wi-Fi to have a mobile phone? These are not questions that you hear people debating. Their questions more likely are: Why didn’t my phone switch to Wi-Fi? How do I tell if my phone is using cellular or Wi-Fi? The key issue is not which technology is best (it usually depends on what you are trying to do, where and on which device), but how to get them to work together. For an operator, the issue is how to integrate them within their network, what business model works best, how to allocate traffic to different networks. For subscribers, it means managing devices with multiple interfaces.

This is where things get interesting and where there is room for innovation. This is where we are all learning because we are used to deal with single-technology networks. Broadband operators used to deal only with DSL or cable; cellular operators only with GSM or CDMA and their upgrades. When we are at home we used the desktop, when we were out we used our Blackberry. Now this is all changing. Comcast is selling WiMAX. Cablevision supports Wi-Fi in public areas. Sprint has a WiMAX and EV-DO combined service plan.

And AT&T is relying more and more on Wi-Fi. The company has seen impressive growth in Wi-Fi access in its hotspots after the WayPort acquisition. Initially AT&T Wireless tried to get into the hotspot business, but never embraced it fully. It was a somewhat independent service that was expected to generate additional revenues. It did not work out that way. It was only with the iPhone that AT&T realized that it needed Wi-Fi not to generate direct revenues, but to offload traffic and improve subscriber experience. Wi-Fi is no longer an embellishment, it meets a need. It is a much more solid approach, one that shows a deeper understanding of the technology and related usage models, and that moves the debate squarely beyond the “Is Wi-Fi better than cellular?” level.

It is great to see that this more realistic and demand driven approach has paid off at AT&T and other carriers. It also a positive development for subscribers who are more likely to have Wi-Fi on their phones, now that mobile operators are no longer trying to stop that—and instead encourage it.

It is only the first step though. Network congestion is not going to disappear with Wi-Fi—or with WiMAX or LTE, for that matter. The iPhone and increasingly competing smartphones are showing subscribers that there is a lot they can do on a mobile device—and they are learning very quickly as usage statics show. The brute force approach of adding base stations or creating new networks certainly helps, but eventually it is not going to be sufficient because there is a finite amount of spectrum available and the laws of physics limit the amount of information that can be sent over it.

We are not doomed, but there is more work ahead. As mentioned above, there is a need to optimize coexistence and sharing of available resources—multiple networks and multiple wireless interfaces. New network architectures that use picocells and femtocells will bring a more efficient use of spectrum and increased capacity. And operators will have to find ways to manage traffic more aggressively. With subscribers demanding unlimited access to all applications at all times and worrying about privacy, managing traffic has become a very sensitive topic. Increasingly, however, this is a topic that operators have to face to improve the experience of all their subscribers—instead of protecting a few extra-heavy users.

Now, this is much more interesting that talking about the latest WiMAX versus LTE battle.

Monica, thank you for your insightful contribution. And welcome to Cisco SP Mobility Community!

Often the technology battles you have illustrated were created in the media, and not necessarily in the minds of the real customers.  I agree that with you that we should embrace all these technologies as they serve different use scenarios, different price points and policies, and evolve at different velocities. Above all, how seamless the user experience is and what new business models emerge would be key questions.

We in Cisco pride at being technology agnostic, except for pushing all the virtues of IP! On the client side, we have worked with our ecosystem partners to create intelligent connection management, where the type of interface is selected based on the policy (location, price, QoS, performance, consumer/business app, etc.). This is true for a connected home as well as hot spots such as airports or Starbucks. When implemented right and integrated with SP networks, the SPs can apply these policies towards new business models. For example, Turbo Mode for business apps from airports. We all would pay an extra dollar or two per hour for better performance and QoS for business apps such as WebEx or Unified Communications.

What do you think of WiFi/UMA versus Femto in a home for raw data services and Unified Communications apps. How should SPs navigate their strategies?  Operators with both wireline and wireless assets, such as VZ or ATT, have interesting possibilities of catering to their consumers regardless of the access method.

Would love to hear your thoughts....

I have been a UMA user since the day the service was launched (I used to have no cellular coverage at home - and not for the fault of the operator, I live in a challenging RF and regulatory location) and since then the service and the devices have improved dramatically. I wrote a report a long time ago on UMA before it got deployed (it was one of the reports I am very proud of because many of the predictions actually were realized) and initially I thought it would mostly be for voice (this is an area where I was NOT right!). With the growing traffic levels, data becomes important as well as an offload strategy on the SP side.

In a way this is a result of the improved quality of the service and of the devices. Five years ago, if you had a data plan, you would never think of using it a home as a substitute for your broadband connection--the connection was too slow and the devices had an intimidating interface. Now, many people go home and keep using their cellular connection on their mobile devices, even if they have Wi-Fi on their phones. They just forget to switch--which means that the connection is sufficiently good for the applications they are running. This good news for the SP (i.e. good customer experience) but also bad news for network traffic levels. I believe that's the sweet spot for both UMA and femtocells--the operators can actively manage how to get the traffic across while preserving or improving the user experience. I think there is a role for both UMA (lower cost, as long as the device supports Wi-Fi) and femtocells (in areas with high density of Wi-Fi usage or for subscribers without a Wi-Fi phone) and this role is going to increase as traffic levels, wireless data penetration and congestion grow.

You raise an interesting issue though--if subscribers use UMA or femtocells, they typically use their broadband connection for the additional traffic. Granted that they pay for the connection, the broadband operator (cable or DSL operator) may not be too keen to provide what it may perceive as free backhaul for the cellular provider. I think that as soon as/if UMA/femtocell traffic grows this is an issue that it will have to be dealt with (possibly through usage caps or aggeeements with the cellular operators).

What tools to manage the network do you think will be crucial to ensure fair allocation of resources both among SPs and among subscribers?

So I would say that both architectures can learn from each other!

In terms of other tools, we need to make the WiFi authentication/authorization experience as seamless as cellular. Apple/AT&T have made great improvements, but what can we do to enable a better experience on all WiFi devices across all WiFi networks?

In the end, I echo Nagesh’s remarks; we want to facilitate the integration of smaller cells into operator networks and offer the best quality of experience, irrespective of licensed or unlicensed radio technology.

A lot of progress has been made on facilitating Wi-Fi accesss across multiple networks in laptops, so while it is not as seamless as in cellular networks, it is not bad. When you get to mobile devices, the quality of the experiences changes a lot, I suspect because much more of the user interface is dependent on the device (and its manufacturer). As a result, much more customization is required and the results tend to be uneven. But progress has definitely been made--think that my first UMA phone had obviously Wi-Fi, but no data! And as a result, it would not connect to any network that required login from a splashpage (no browser).