This  document provides a guide on how to Troubleshoot common issues on satellite (ASR9000v/ASR901) with  the ASR9000 and ASR9900 series routers.

The protocol operates at Layer 2. It is a prerequisite that the devices be provided with L2 connectivity, either directly, or via intermediate nodes that forward the Discovery protocol packets.

“Status: Probing for Satellites; Conflict: no Identification received yet state” means that the Host is sending DPM probes to satellite and waiting for a response. The satellite is either not responding to the discovery probes from the host or the host drops the discovery replies from the satellite.

if IN_SATELLITE_DISCOVERY_DISCARD NP counter is increasing:

Please collect the below traces and show tech for the above scenarios for further debugging:

login to bcm shell by the below command

If the satellite is dropping the discovery packets, please collect the below outputs.

If the issue is reproable please enable the below debugs and recreate the issue:

* first start with the below SDAC debugs

* If there are no errors or clues from the above debugs, then add the following PD debugs:

* To take a look at the raw packet contents, use the following debugs

The Control Protocol encompasses the remaining steps of Satellite Bringup. It makes use of the connectivity set up by the discovery protocol to provide a reliable and extensible mechanism for the Host device and each satellite device to exchange the required configuration, state, etc.

Check if image transfer was successful

Typical times for image transfer for 9000v is about 3-5 mins and for 901 is 4-6 mins. Following logs appear on the console once we start transfer:

Press Ctrl+C at any time to stop displaying the progress bar.

From the above log image is transferred in 1 min. Since the recorded time is less than the expected time, image transfer itself failed.

Once the activation is started, the satellite goes for a reload and comes up with the newly transferred image.

If image transfer to the 9000v or 901 satellite fails, please check the below:

If the tftp transfer requests from satellite comes on the default vrf [through manual IP configuration] and tftp home directory configured on the host is disk0: then image transfer request will fail as the tftp_fs will try to read the disk0:/ path. Please check DDTS CSCuj02716 for more details.

Please remove the tftp homedir and retry the transfer again.

if tftp service is not running for icpe-cpm, then collect "show tech satellite" and console logs after enabling following debugs on host for further debugging:

Image Transfer is successful but Activation says “not latest version”.

Observation:
There is no retry mechanism and satellite returns success to the Host. "show nv satellite status" indicates  "Transfer complete".

To verify if image is really transferred:
The "show nv satellite status" shows that some newer/older version is still available to be transferred.
The user can also telnet to the satellite and do a show version.

Observation:
Satellite is stuck in "Transferring New Image" state. If you have entered progress option, your telnet session can get stuck. Issue a ctrl C to come out.

Recovery:
For image upgrade sessions that remain in "Transferring New Image" state for more than five minutes, reattempt image transfer by restarting process icpe_satmgr, and executing the right transfer commands. Before that, ensure configuration is correct.

If crosslink map is missed or not expeted, please turn on “debug sdac control all feature-channel 3/ feature-channel 4(for bundle ICL), and send the data for further analysis.

If interfaces are showing up on the satellite but down on the host, collect “show tech satellite” from host and “debug sdac control all feature-channel 1” from the satellite.

RDBGC0 counter- packets are dropped,check if this is same as ping rate

If there are drops under the egress NP on 9K incrementing under “EGR_SATELLITE_NOT_LOCAL_DROP”, the NP local bit is not set correctly on ICL or the packets are not taking the correct ICL bundle member as per the load- balancing algorithm.

Packets are loadbalanced on the ICL bundle as per the following formula:

(Satellite ether port number +2 ) modulo (no of members in bundle)

The value for LON can be got from

Capture the below CLI's to check for the np local bit programming on the ICL Bundle members:

Collect the below traces and contact the satellite support team.

If data packets are dropped on ingress satellite interface with NP drops as PARSE_DROP_IN_UIDB_TCAM_MISS the ICL mode may not be set on the ICL physical port. CHeck the UIDB on the ICL link

Collect the below traces and contact the satellite support team.

1. Check if the optics used are supported: https://supportforums.cisco.com/document/12345786/asr9000-nv-satellite-optics-support-matrix has the list of optics supported by satellite

2. Check that the satellite is running with the latest software version.

3. Check Speed/auto neg settings on both the connected devices. 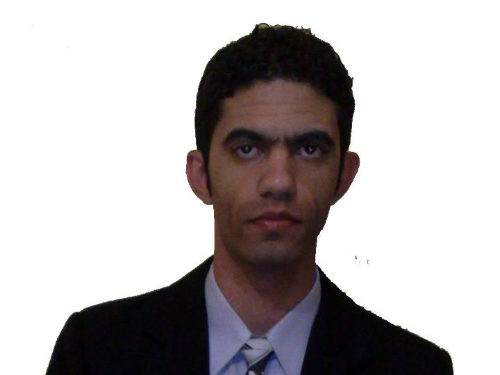 What is the image version I should see on satellite for the IOS-XR 4.3.4?

Thanks for the information. So based on your post, once the image of the satellite matches with the ASR, I should ignore the fact it says "not latest version", right?

Configuration register is 0x101 (will be 0x1 at next reload)

Correct, that was a build error when we published 4.3.4

I have added the details for other versions as well to this doc.