This document provides a sample configuration for adjusting the TCP Maximim Segmet Size (MSS) on the ASR9000 routers.

TCP MSS adjustment is required when the network operators want to ensure that the TCP packets traversing the network will not exceed a predetermined size, thus preventing any unnecessary fragmentation of TCP packets on links with small MTU. Typically this may happen on links with the MTU of  1500 bytes, when the original IP/TCP packet is encapsulated into PPPoE, GRE or any other encapsulation.

Such modification of TCP MSS size doesn't cause any observable impact on TCP session throughput because the throughput of a TCP session is predominantly dictated by the TCP window size.

When TCP sessions establish, they signal 2 key parameters that dictate the transfer speeds of the session. That is the MSS, the maximum size of a TCP packet and the Window size. In TCP transmission, in its basic operation is to be acknowledged. So packet transferred, receive ACK and send the next packet. This is very slow especially on long end to end delays. Windowing allows for multiple packets to be sent and using a single ACK on that window. If one packet is lost of that window, the whole window is to be retransmitted. The larger the window size is, the better for thruput, but on unreliable links, this can have an adverse affect if large windows have to be retransmitted. Also large windows require larger receive buffers on the receiving side.

So the size of the packet is dictated by the MSS. The number of packets at that size to be sent without direct ACK on each packet is the window size.

What does MSS adjust do?

MSS is the value that a TCP client signals to a server indicating what the maximum size of a packet is that it can receive. Generally this value is derived from the client's local MTU size minus 40 bytes. These 40 are composed of 20 bytes for ip header and 20 bytes for the tcp header.

The segment size refers to the actual TCP payload carried.

If there are mtu changes in the network, which can easily be seen for instance with PPPoE, which adds 8 bytes of additional header, it could lead to a client with a local MTU of 1500, signaling a TCP mss of 1460, but actually requiring 1508 bytes on a transmission line (1460 + 20 ip + 20 tcp + 8 pppoe). This will cause some hops to do fragmentation.

The TCP MSS adjust feature intercepts a TCP syn packet and scans for the first option after the tcp header. If that option is the mss size, it can re-adjust the value to the desired value configured and update the checksum along with it.

Basic understanding of the ASR9000 architecture and IOS-XR operating system.

The implementation of TCP MSS adjust on ASR9000 was dictated by two factors:

One consequence of this approach is that all interfaces on a given NP must use the identical value for TCP MSS adjustments.

When enabled on an interface, TCP MSS feature is applies in both directions. i.e. adjustment is applied on ingress and egress packets. Feature is applied to both IPv4 and IPv6 even if only one of them is configured.

To determine which NP controls the interface in question, use the show controllers np ports exec command.

For BNG which first supported the mss-adjust capability an different configuration can be used:

The value range for the BNG command is 1280-1536. The reason for that is that as you can see we only adjust for the higher order byte to save some space in the ucode variable.

Fragmentation can be identified by looking at the NP counters.

Note that for BNG and non BNG the commands and counters are different.

The reason for that is that Fragmentation is handled by NETIO for regular L3 interfaces. However BNG subscriber interfaces don't register with NETIO. This was done for scalability reasons since BNG subs don't require all the services that NETIO provides. For BNG subs, a "lite-weight" NETIO was designed called SINT (subscriber interface) that provides some basic L3 services such as access to the TCP stack, some basic ICMP support etc.

Looking at fragmentation at the SPP (the interupt switching path) level.

with the same command show controller np counters NP<x> loc 0/<y>/cpu0 the following can be observed for fragmentation:

Note that in both cases the DF bit is NOT assessed in the hardware, this is handled by the controlling agent, whether it be SPP for BNG subs or NETIO for regular L3 interfaces.

In this example the TCP MSS adjust is applied to interface Bundle-Ether48.10.

Step 1: Determine the NP on which the TCP MSS adjust is to be configured:

Step 2: Configure the desired TCP MSS value and activate the feature on the interface Bundle-Ether48.10.

To verify that the feature is enabled on a selected interface, check the microcode interface descriptor block (uidb) setting:

You can verify the rewrite with a simple TCP session on an IOS router connected to the device that is doing the MSS rewrite.

You can see that the decoded MSS value received is 1300 as per configuration on the asr9000 which sits in between client and destination. Our local MSS value is 516 which we advertise. This is merely to illustrate a possible verification of the MSS rewrite rather then focusing on the actual values.

It works similar in case of GRE Tunnel:

if you only use the interface configuration and you dont define the value for the npu, nothing will happen...

the reason why we have a 2 step approach here is for instruction and memory conservation.

the NPU has only limited instruction memory and data memory available; if we were to support a per interface configuration we would need a table for # of interface on npu times value (which is 2-bytes, 16k). in order to conserve memory and instructions we decided to have a flag for the interface; hey you're enabled or not and then a single (!!!) byte for the higher order byte of the mss value (that is why the range is confined that you can configure).

this way we can ensure pps performance, reduce the mem consumption of structures etc.

I understood that if we are using the command "ipv4 tcp-mss-adjust enable", the transient router between source and destination will manipulate the TCP option MSS in the SYN packet.

If so, as we are not specifying the exact MSS value with the above command, what is the MSS value that the transient route will use for manipulating the SYN packet.

as the document explains, configuring TCP MSS adjust on asr9k is a two step task. The command "ipv4 tcp-mss-adjust enable" is the first step. In the second step you specify the value:

Please note that hw-module commands require a reload to make the changes effective. 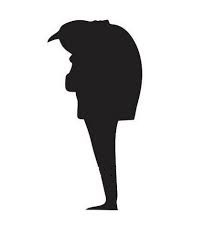 I have a question about a LAC ASR9K in a LAC/LNS scenario.

Assuming that MSS is set in the LNS side, do we need to add the "l2tp tcp-mss-adjust" command to the ASR9K LAC as well?

Could you confirm if the TCP MSS adjust on the ASR 9901 is performed just in the SYN packet and not on the SYN-ACK packet?

We ask this question why we are dealing with an AntiDDoS solution that is based on adjustment of the TCP MSS on the SYN ACK packet:

We are using ASR9006 with A9K-RSP880-SE, A9K-MOD80-SE, A9K-MPA-4X10GE, SW 6.1.4 and it seems, that after enabling only the first command under IP interface "ipv4 tcp-mss-adjust enable" without specifying the MSS value with the second command "hw-module location x/x/CPUx tcp-mss-adjust np x value xxxx".

Was there any change in code since writing the original post? Is there some default mss value defined?

Is there some command how to show the configured mss value?

your first sentence seems to be incomplete, but I suppose you wanted to say that MSS adjust worked even without specifying the MSS value with the "hw-module ..." command. Default value should be derived from the interface MTU. I suppose the traffic stream in question is transiting the asr9k (i.e. asr9k is not the endpoint of the TCP session). What MSS values did you observe before and after applying the "ipv4 tcp-mss-adjust enable" command? What is the IP MTU of the interface where you have applied the command?

Cisco Employee
hi tomas, it is highly recommended to set a desired value with the np command.
np ucode will pick up some default value, I don’t remember what it is
it is likely derived by the offset of np value 0 (undefined) going to the smallest value it could do (thought it was 1240 or so).
(we’d be only rewriting a set of bits from the mss not the whole 16bits. xander

@Aleksandar Vidakovic  - sorry for incomplete sentence, you are right.

yes, the traffic stream is transiting the asr9k. I have no chance to make capture to see the size of MSS, the only thing I know is, that before issuing the "ipv4 tcp-mss-adjust enable" command, there was a problem with TCP connection on end VM and after enabling the command on transit IP interface on ASR 9k, the problem disappeared - it was only the first attempt to aim where the problem is... and I was surprised, that ASR9k is manipulating the MSS without defined default MSS value. I had no time more for troubleshooting, hope I will be back on this problem in future..

@xthuijs - So the final statement is, that without defining the default MSS value for each NP, probably the value 1240 is used ..

thanks both for quick reaction!

Cisco Employee
yeah it does sound you were suffering from fragmentation/oversized packets and the mss alleviated that.
considering an unconfigured value renders zero, and that being xlated to the high byte of the mss, you likely ended up
with the smallest configurable value.
there is no negative side effect with that, just that your max packet size is a bit smaller so reduces inefficiency …
xander!

Apologies reviving an old thread, but I have a query around the GRE case.

To get it working with GRE we enable the MSS "template" on the NP matching the physical interface and we then "enable" the TCP MSS on the tunnel itself.

And also, to verify all is actually working, I'd need to capture the traffic going through the GRE tunnel? ie there is no command that will tell me traffic is being fragmented on a specific interface (as opposed to a NP)?

hi Rui,
TCP MSS adjust is applied only to those interfaces where you decide to enable it.