The RV220 was supporting SSL VPN; and the RV130 is lacking this feature . so  How can we replace one product with an inferior product.

I'm sorry you're not completely satisfied with the feature set on the RV130W.    I'd like to be able to assist you in getting the proper device for your requirements.    Please call the SBSC at 866-606-1866.    We will be happy to discuss your environment and make a product recommendation.

Beginner
In response to ripratt

I need a product that can deliver the same features and even more of the RV220.

We realize that there is currently no one for one match for the RV220 and do apologize for the inconvenience it is causing you. If the SSL VPN is the most important feature to you, Please take a look at the RV320. It has the features I believe are critical to you.

Beginner
In response to Max Harbin

It doesn't support wifi, wifi is a must

Beginner
In response to Ronen Benjamin

Hi, You could always add an access point to the rv320, i did and it works well.

Beginner
In response to stpa67001 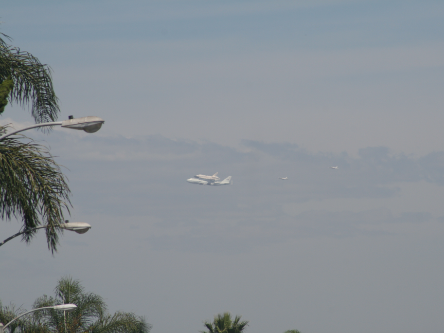 I can answer. The popular RV220W has been on the market for sometime. In fact, many years.

Unfortunately we had a critical component go EoL without much advanced warning. So we were placed in an uncomfortable situation. One that left us with a product that didn't have all of the features that the outgoing one had.

While the RV130/RV130W does not have SSL VPN, it does have throughput that equals or outpaces the RV220W.

I am sure you can find an RV220W still for sale in most channels - if you are certain that is the product for you.

I am sorry (as others have also replied) - that this situation is not ideal.

Beginner
In response to Max Harbin

I would recommend not buying an RV320 for it's SSL VPN support, as this advertised feature doesn't actually work in a normal setup.

(1) The ActiveX components certificates expired in Sep 2014. In Windows 7 this requires modifying the registry to allow controls from unknown publishers to be installed, which is not something you want to be doing without very careful consideration. This is a Windows security feature that is part of it's defence against malware.

(3) No support for 64-bit Windows, so no option for installing the virtual passage driver on a 64-bit system. As 64-bit is now the norm (have you tried buying a PC/laptop with a 32-bit version of Windows on recently?) this feature is pretty much useless. If you need more than just remote desktop (assuming you can get the RDP control to load, see note 1) then you'll be sorely disappointed.

Waiting on a firmware MR to fix these issues, supposedly around April time from the emails I've had from support. My RV320 will be sitting unused until this happens as it's currently not fit for purpose. I can't even use PPTP for VPNs due to lack of RADIUS support, and the only other option is the Cisco VPN client which was put to EOL in 2012 ...

Yes vpn seems to be broken or at least outdated on the rv320. I only got easyvpn and pptp working and the easyvpn client i had to download from a University site.

I tried the Cisco recommended Shrew Soft client but no luck so far so if you are looking at the rv320 for it's vpn capabilites just forget it :D.

But i can wait until april if Cisco fixes the vpn with a new fw update.

Beginner
In response to stpa67001

I got the Cisco VPN software from Cisco via support, they sent it to me as it was not included in the box for the RV320. It seems to run ok on my test laptop, but with no Windows 8.1 support and EOL, and nothing from Cisco that replaces it, I'm wary of rolling it out to users.

PPTP works, but without RADIUS support it means having to maintain the users and passwords separately from the rest of the system, and there's an 11 character restriction on usernames so I can't even set up users with the same name they use on my network to reduce confusion.

I've used Shrewsoft in the past at a previous job that used Cisco ASA 5510 and 5505 units, it worked well. Initial setup was fiddly though. It keeps a bunch of services running in the background too, which I'd prefer not to have on a system that only connects to the VPN occasionally. Haven't tried it with the RV320 yet, but it's on my list to look at once I work around other configuration issues.

Cisco EasyVPN works fine for me under W8.1 x64 so as a temporary solution it is usable.

Shrew Soft however is giving me a big headache, if you manage to get to connect please post the setup here :D.

Beginner
In response to ripratt

Contributor
In response to Ronen Benjamin

If you need the rv220w, then find the rv220w.  You can still find it available for purchase everywhere.

This is especially important when you are just replacing another rv220w.

I even bought a used rv016 to replace what I thought was a failing rv016.  Both work fine even today, almost 10 years later.

Get what you need.  Don't worry about what's 'new' or 'current'.  Most of this equipment becomes obsolete before it stops working.