I set an IP address to the LAN interface, I can't choose the subnet mask greater than /24.

Currently this is a

Currently this is a limitation of the product. Efforts are in development for the next generation of routers to address this. You could enter a case through the SBSC support Center (1-866-606-1866) as a feature request. I know this doesn't fix your issue, but want you to be informed.

Currently this is a

Currently this is a limitation of the product. Efforts are in development for the next generation of routers to address this. You could enter a case through the SBSC support Center (1-866-606-1866) as a feature request. I know this doesn't fix your issue, but want you to be informed. 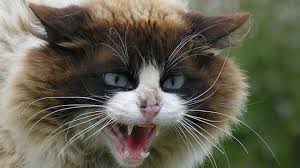 Is there any method to submit

Is there any method to submit a case online?

Please see the attached Word Document for how to create a case online. Please make sure your CCOID is associated with the Product and/or the contract. This will prevent any issue when creating a case. If there is an issue with the association, the 1-866-606-1866 number will put you in touch with the people to assist in the association to your CCOID. Hope this helps.

I've been reselling maybe 130 Cisco RV120w, it was reliable, easy to configure and made a great job for customized port forwarding, VLAN, ipsec tunnels, ipsec passthrough and we could configure whatever subnetmask we wanted on each vlan.

Putting the rv130w with the same limitations as the rvs4400 and really basic home routers is really a bit step down for Cisco.

Sold 130 rv120w, will sell 0 rv130w and since rv180w are much more expensive and unavailable at distribution in Canada, I relaly think that I won't be reselling Cisco small business routers anymore, at least until a new version of the firmware or a new router is being created, that had the exact same engine as rv120w or rv180w.

0 Helpful
Reply
Latest Contents
SG350-28MP fails to negotiate allocated power via LLDP
Created by Guido.Conrad on 08-10-2020 02:29 AM
2
0
2
0
SG350-28MP configured in either power limit class or portAttaching a device which requires 25W. At first boot, SG350 identifies the device as PoE Class 4 and sets the port statically to 25.5W . Device negotiates via 802.3 to 25.0W power consumption as PD.... view more
List
Created by Nagaraja Thanthry on 07-30-2020 01:57 PM
0
0
0
0
Adding Wireless Capability to RV160
Created by PH42420 on 07-26-2020 07:41 PM
1
0
1
0
I recently purchased an RV160W for an individual who was having substantial trouble with her ISP router. Unfortunately, I received the wrong model in the mail, the RV160. Is there a low cost solution anyone is aware of to attach a wireless acces... view more
Support Newsletter Cisco Business - July 2020
Created by CoreyP319 on 07-23-2020 02:37 PM
0
0
0
0
Hey Everybody, Corey here with another issue of our newsletter. Where you can keep up with the latest from our community and support teams.   We’re hard at work making documentation for Cisco Business Switches and the Cisco Business Dashb... view more
Cant SSH to RV340 Router
Created by vmwlab on 07-23-2020 01:16 PM
4
0
4
0
I have enabled ssh on RV340 via downloading the configuration and setting ssh from false to true then uploading back to the router When I try to ssh i m able to connect and enter credentials but unfortunately getting the following error &nb... view more
CreatePlease login to create content
Discussion
Blog
Document
Project
Video
Related Content
Discussions
Blogs
Documents
Events
Videos
Projects
Small Business community Righttrail
Cisco Small Business Software and Firmware
Download the latest firmware here
Popular Support Links