I've been at this off and on for months...

I've been trying to setup the RV180 (just applied the latest firmware to it just to make sure it was current) to accept VPN connections.  This is the current setup:

When I connected the RV180 (in router mode) to the FiOS router via a LAN port, everything could see everything, but VPN fails.  I see the VPN packets being accepted at the FiOS level, but they die there.  Can the RV180 only accept VPN connections over the WAN port?

One last wrench in the works.  I want to keep using the WiFi AP built into the FiOS modem/router.  Believe it or not it actually works pretty well and I've been happy with it.  Many thanks to anyone who is smarter than I and can make this work (that's probably just about everyone on the forums here as I'm obviously in way over my head).

Labels:
1 person had this problem
I have this problem too
0 Helpful
Reply
2 REPLIES 2
Highlighted 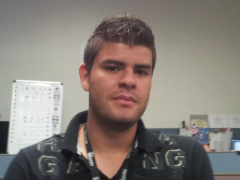 Hi JW, thank you for using our forum, my name is Johnnatan I am part of the Small business Support community. It sounds such you are limited by the firewall, could you check your router configuration following these documents?.

Those tip going to help you with your firewall configuration.

If this doesn´t resolve your problem, could be a great idea you tell us what kind of VPN you are configuring.

I hope you find this answer useful

“Please rate useful posts so other users can benefit from it”

Beginner
In response to jonatrod

I've actually already tried those particular steps.  I have figured out that to use QuickVPN you must not setup any kind of IPSec or IKE policies.

Aside from setup issues, I do have a critical question.  Can a VPN connection (incoming client) only be accepted on the RV180 WAN port or is it flexible enough to accept it on a LAN port?  This is probably a really "dumb" question and I think I know the answer, but confirmation would be helpful to eliminate a possible setup scenario.

Also, for the DHCP Relay to work successfully, should the RV180 be in Gateway mode?  I think that may be part of the issue even though I've created a route on both the FiOS and RV180 devices to point to each other.

Thank you for the extra info...