I am not sure why they changed the VLAN configuration page, or if anyone else cares. But I would like to request that it is either changed back, or the ability to decide which vlans use which ports is added, rather than the current tagged, and untagged options. I also think any wireless vlans should be seperate as they were in the older firmwares.

Having spoken to support the changes were implemented to make it easier to configure. Personally it hasn't made things easier for me. 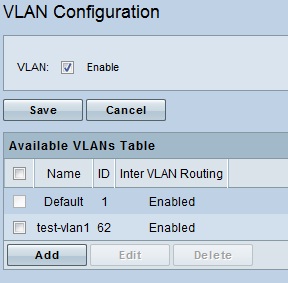 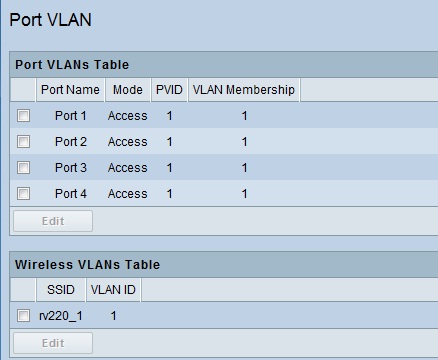 Cheapers Cisco routers have these options (except they only allow 4 vlans) as do many other makes such as draytek.

I bought this router because it was intuative and simple to use and allowed me to specify which vlans used which ports, now that this feature has gone it's caused me all sorts of issues. Maybe I am alone on this one, but it seems like a step backwards to me. It just isn't as configurable.

Would anyone else like to see the old vlan config pages back?

How does one go about officially putting in a feature request?

Labels:
I have this problem too
0 Helpful
Reply
38 REPLIES 38
Highlighted

Have you noticed that there are also two Admin Guides.  There is an Admin Guide that came out with the 1.0.0.0 version, that version includes they easy setup with port VLAN.  They then released a second version of the Admin Guide which addresses their new setup for port VLAN.  I installed the new beta version firmware 1.0.4.6 and VLAN does not revert to the version shown in 1.0.0.0

I've told Cisco they may want to make this a lot clearer to all of us who have work with it.  I had the original manual and the new 1.0.3.5 firmware, talk about confusing !!!!!

Hi Kevin, you are right it was utterly confusing. Yes the changes were made to supposedly make it easier. Apparantly 1.0.3.5 didn't support port based vlans, so I am interested to see how it's been implemented in 1.0.4.6.

Any chance you could post some screen shots of the vlan configuration pages?

The screens haven't changed, they are supported but it appears that it works with the membership table thingy they created.  The 1.0.4.6 version looks just the same as the 1.0.3.5 version.  Whatever they fixed wasn't what we were looking for.  I'd  say stick with the 1.0.3.5 version and see if their new configuration idea works before doing the upgrade.  The newer manual does address VLAN membership, but they go about it in a strange way when they explain tagged and untagged membership.  Personally I hate this table thing, the screen shots of the original you provided seem to make set up a bit more logical.  Checking a box to assign the port to the VLAN just seems easier.  I just got the Beta version yesterday but I haven't had time to try out the VLAN setup, users get unhappy when the router boots....  I've glanced at the newer manual and it appears port based VLAN is supported through the table, but I'm going to have to find time to "play" with it to find out if it works properly.  I've also sent them feed back on the manual mixup, by the way, the newer manual is 30 pages or so longer than the old one.  The newest manual # is 78-19743-01 DO  the numbers are the same, they just added the DO to the new one.

Let me know if you have any luck,

Maybe tekliu or one of the other Cisco staff could explain how the new 1.0.4.6 firmware addresses the issue with port based vlans if the user interface hasn't changed.

I was expecting some kind of drop down to include or exclude a port from a vlan.

Any ideas as to when you guys expect this to be fully released?

I had high hopes for the RV220W as a replacement for my RVS4000 V1 that is tracking IP connections backwards, but the issues reported with

are making me wary of making the switch.

Beginner
In response to kellybflemings

1.0.4.6 supposedly addresses all three of these issues.

Enthusiast
In response to doug_counsil

Guys, I found 1.0.4.6 slows down dhcp requests. I sometimes end up waiting more that ten minutes to get full wan connections from any device using static I've reverted back to 1.0.3.5

Beginner
In response to linksysinfo

Frequent Contributor
In response to michael.dresser

Generally they don't give out any ETA time during testing because setting an expectation for the customer on a release for a certain week or day usually is bad and less say it doesn't come out that day we will have many customer saying you said it would and we don't like setting expectation unless we know for certain. If you want the beta please call into the support center and reference this post and we'll send your case up for beta firmware. (All Support Number)

I'm in the same situation of Michael Dresser, i'm not able to create port based VLAN with the 1.0.3.5 and even logical VLAN does'nt work. I just can't understand why it was possible in the former firmware, and not with the 1.0.3.5. There is no Admin Guide about the 1.0.3.5 and the Port Tagged / Untagged is a foggy thing, i've tried to "touch" these options, and each times the RV220W broke bad, i had to reset it. I just can't understand.

To Michael and all here,

The 1.0.4.6 Beta did not address the Port VLAN issues that were apparent with 1.0.3.5  I also haven't seen the DHCP problems that Simon reported.

I've installed the Beta and set up a VLAN and did the port tagged/untagged thing (I'm wondering who thought that this was a cool way to go) and all it did was lock up the router.  That meant a complete reset of the device.  So nothing has changed.  I've been working with one of their support folks but so far all they have done is ask whether or not it works. I guess I shouldn't be wondering why they are asking, it's a Beta and I'm the test user.  I know it's a Beta version, but don't they test the firmware at all?  I've got access to the 1.0.1.0 firmware version and will test that against the latest 1.0.3.5 and the latest Beta version.

I've tried to make it evident to the tech that Cisco needs to make this work as promised.  It would be a great small business device that has a middle of the road price.  I really would like to us the product other places but I'm starting to think this problem may be more than a firmware upgrade.

So either the support staff have lied, didn't bother to check, or the version you have doesn't include the required changes to include Port based VLANS.

I am so confused!!

They apparantly changed the vlan config pages to make the router more easily configurable, but in doing so they have made it more complicated. There was nothing wrong with what was orginally implemented in 1.0.1.0. In fact that followed the norm for vlan configuration accross numerous makes of routers. I personally would like to see Cisco do a U-Turn on this and re-implement the old method.

Who can I email\call and complain to about this? I bought this router for a few reasons, and one of those reasons was becuase it could do port based vlans.

How can you take an entire feature out of a action?????? Arghhhhhh!!!

I've had the device a month and from what I've seen their response time at Cisco is their greatest problem !  Addressing the real issues is another.  If you can find someone to address the problems let me know.

They supplied me the Beta firmware and now just want to close the case.  It's hard to yell loud enough to just tell them to fix the problem or recall/replace their devices if they aren't operating correctly.  I'm with you Michael, frustration is setting in.  I'm wondering if this is the only feature that is out of action, could there be more but we just aren't trying to use them?

If one of the techs is monitoring these,.......... Would you please help kick the problem up the chain !

I just have a hard time waiting for someone to fix a problem on a device that should have worked out of the box as claimed.

Enthusiast
In response to kevin.hall

They are watching the forums!

Rising star
In response to michael.dresser

Attached is a screenshot from a beta firmware 1.0.4.x. Would you let us know what scenario is not supported by the VLAN membership table?