I've been lurking for a long time and have been tasked with getting an SG300-10, in layer 3 mode, to allow two VLANs to communicate between each other on the switch.  WAN access isn't needed for this small setup.

I've searched until my eyes are bleeding, and tried just about every suggestion I've come across, and seemingly now matter how I set things up the moment I add a static IP to a VLAN, I lose connectivity and have to power cycle the switch.

What I'm trying to do:

I'd like them to be able to ping back and forth between each other directly. That's all.

What I've done (including but not listed below update to latest firmware and bootloader):

1) Left the seemingly permanent "VLAN 1, Default" alone. I'd use it if I could change it's IP number to be MY first VLAN, but it's unchangeable in the GUI.

5)Checked the "Port VLAN Membership" chart, which seems redundant to the "Port to VLAN" settings chart?!? I just set all that in step 4, and it seems to just be re-stated here but in reverse. I don't understand this settings panel, other than it would let me "join" ports to more than one VLAN and leaves me wondering if everything should also be joined to VLAN1 as well as it's desired 10 or 20?

<<to this point, all these settings are saved>>

Now the moment of truth:

6) in IP Configuration --> IPv4 Interface, it's my understanding that each VLAN needs an entry here, where it's representative IP number is set.  This is where it goes wrong every. single. time.  I add an entry for anything at all and am presented with the Add IP Interface window, where seemingly one can set a static or dynamic IP number a) directly to a port, b) to a LAG group of ports, or c) to a VLAN?  Okay...so I should add IP numbers to represent the VLANs, right? Okay.

Click apply, switch goes off line, can't get back into it in any of the supposedly THREE valid IP ranges it's supposed to be listening to, also making sure to move the cable to the port switches that match which of the IP ranges they should be listening to.

So in a nutshell I think I've followed the 7 years or so of posts complaining about how this happens, but seemingly every post or article or "helpful comment" is leaving something out because I'm running out of ideas about how else to attack this.

Sorry for the long post, but I've sunk days into this old SG300 which supposedly is still a very capable switch, and I'm out of ideas.  ANY help is massively appreciated!

Please try to follow the steps reflecting on this video

I hope you will be able to configure the switch the way you have mentioned. 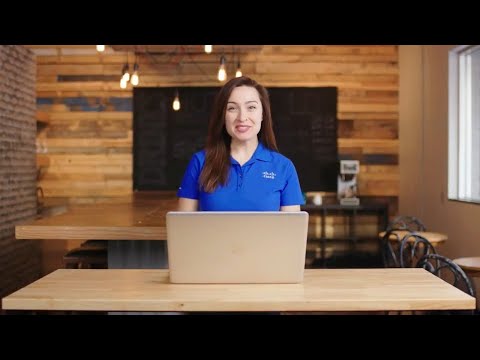 Cisco Tech Talk: Workaround for Losing the Switch Access Upon Assigning an IP on the New VLAN
youtube.com/watch?v=2IQeKNEqt2U&list=PLB4F91009...
In this latest Cisco Tech Talks, we'll talk about the workaround for losing the switch access while assigning the IP address on the newly created VLAN interf...
0 Helpful
Reply