Bought the 527W in December, haven't been able to get a connection faster than 54Mbps even once.  Andy Hickman saw to it I had access to the 1.01.19 Firmware release which appears to have solved the random 'no connection to my WAN' issue which so many others had also noted (thanks, Andy!), but absolutely no help with wireless speeds.

Scenario details available (I'll spare you the detail repeats), but suffice it so say that, even with a new 300Mbps-rated device in the same room as the router, less than 6 ft away with line-of-sight between the 2 devices, best speed is 54Mbps.  Standard channel, wide channel, pick your frequency or advanced settings, I've been through the range.  And gotten nowhere.  If there's a trick to getting this thing working as the documents lay out, I haven't found it.

If others haven't had difficulties running in Multimode with 802.11b/g/n devices and it all works, then I'd guess I'm looking at a replacement.  And since I originally identified the problem shortly after starting it up in the first place, it'd be a Cisco warranty job, no?

Thanks for your post. Have you tried connecting multiple "N" devices to the router? I know that I have seen devices before that will only connect at 54Mbps if the router is in "Mixed" mode instead of "N" only. Also, have you tried "N" only?

Beginner
In response to mpyhala

I have 3 PCs in the house:  2 tower units and 1 laptop.  The 'main' PC (mine) uses ethernet cabling to the router, and the 2nd PC and laptop both use wireless.  There are other devices as well, all cabled, but there are no issues with them.  The laptop's internal wireless adapter is limited to 54Mbps by design, where the 2nd PC's internal PCI wireless NIC is 'N' capable (Netgear model WG311T).  I know that it is functional at that speed and in it's present location because I was using it to connect to my previous router, a Netgear model, for over 3 years.  There were issues with DHCP and 'whois?' reporting with that router, so I replaced it.  I bought the Cisco because I wanted something a bit more advanced, to allow for service expansion to my home network in the future, as I progressed in my Cisco certification.  I hold CCENT now, I'm well progressed in my ICND2 studies, and I am the sole network admin in a classified UK miltary program (aspects of CCNP or above in the design I inherited.)  The Cisco router sits in the same location as the previous Netgear device did.

Since I have 1 device which cannot connect at 'N' speeds, I have to run in Mixed Mode.  But for troubleshooting I ignored that, and have attempted to force the 2nd PC to connect at 'N' speeds by limiting to only that connection type, but no joy.  I have made adjustments to thresholds, frequencies, etc., under the Advanced Settings for the wireless, and all with the same effect:  if I try to force 'N' settings to other than defaults, in Mixed Mode or 'N' only, nothing connects at all.

The PCI card was in an XP machine when I bought the Cisco router, but is now in a Win7 machine (replaced the PC for his 16th birthday.)  New OS, new drivers, same problem.  So, assuming there's some compatibility issue between the NIC and the router, I bought a new 300Mbps-capable USB wireless adapter.  For testing, I tried it with the laptop.  Sitting in the same room as the router with no obstacles but air between them, this new adapter can't connect any faster than 54Mbps either (but it sees other networks in my neighborhood than I knew were there to begin with, I must say!!)

So: 2 different adapters, 2 different OS versions, 3 different PCs in multiple locations around the house, and 1 constant--the router.  Any advice?  I'm going to reset the router to factory default today to see if that does any good, but I'm not confident.

Beginner
In response to Thule_rsr

Stop the presses!!  My wireless issue has been resolved.  The fix was

The process I experienced today is what I expected would happen when I first installed the router.  It'd be nice to know why I had to go to such extremes to get this far, but at least it works now.  Thanks to any/all who tried to help.

Rising star
In response to Thule_rsr

Thank you very much for posting the solution! I'm happy to hear that you figured it out and I'm grateful that you shared with the rest of us. 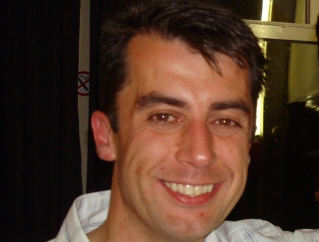 Cisco Employee
In response to Thule_rsr

Thanks for your feedback.