Cisco Community
English
Register
Login
Welcome Cisco Designated VIP 2021 Class in the 10th Year Anniversary of the Program -- CHECK THE LIST
RegisterLogin
Turn on suggestions
Auto-suggest helps you quickly narrow down your search results by suggesting possible matches as you type.
Showing results for
Search instead for
Did you mean:
Announcements

Types of Routers for SMBs

Routers play a major role in networks by interconnecting multiple sites within a network and connecting ISPs on the Internet. Basically, routers play role of translator between different media types and protocols. For example, a router accepts packets from a network and transport them over a serial network after encapsulation.

According to the features and applications, routers are divided into three major categories. 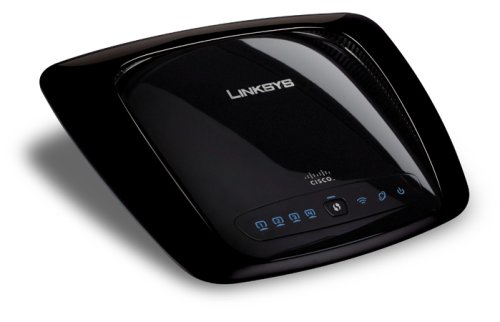 Edge Router: Edge routers are placed at the edge of the ISP network. These are normally configured to external routing protocols like BGP (Border gateway protocol) and OSPF (Open Shortest Path First) to another BGP or OSFP of other ISP or large organization.

Subscriber Edge Router: These router are deployed in an end user (enterprise) organization. These are used to connect organizations to other branches or with ISP.

Core Router: Core router is used as the backbone of the LAN network. In some deployment scenarios, a core router may perform as a step-down backbone that interconnects the distribution routers from different branches of an organization. These routers possess high performance capabilities.

Latest Contents
Firmware update broke ShrewSoft
Created by JSAComputer on 01-26-2021 02:51 PM
1
0
1
0
ShrewSoft client was working fine with RV260W,  firmware version 1.0.00.17. Installed 1.0.01.02 and ShrewSoft clients can no longer connect. Message is "User Authentication Error." All clients are affected. No other changes on either end.
Set SPA1001 and SPA3102 to make local network unregistered S...
Created by MatjazRibnikar08168 on 01-26-2021 01:55 PM
0
0
0
0
Hello folks, I want to send and receive a unregistered SIP call over a local lan network with the Cisco equipment (SPA1001 and SPA3102). I can anybody help me with the settings. I would be very grateful. I connect PSTN phone line to SPA3102... view more
I need Help: How to configure SF300 Switch manage Bandwidth ...
Created by FoysalISPBroadbandMetroWiFi on 01-26-2021 12:26 PM
1
0
1
0
I have cisco SF300 Switch, how i configure to each PORT 1-24 and all MAC QoS DSCP value 6Mbps and LAG Port Channel for every AP 6Mbps, I need more dozens Cisco SF/SG Series Switch for my Networks. I need easy to manage Bandwidth.Foysal ISP Broadband Metro... view more
SG350-28P frequent crashes after LAG creation on SFP ports
Created by Arturo Bianchi on 01-26-2021 12:09 AM
1
0
1
0
Hi,after adding two copper cables in the SFP ports and a LAG on the 2 ports of the switch, it started crashing every few minutes. The instability occurred even with only one cable and I found that it does not occur in these two cases:I remove both ca... view more
Cisco rv340w port forward does not work
Created by Gary Domingo on 01-25-2021 07:49 PM
1
0
1
0
Hi experts. May I seek your wisdom on the problem I encountered. I want to forward port from my external IP 122.52.xxx.xxx with port 7920 to my internal IP 10.10.xx.xx with port 1433. The image below describes the things I have done in cisco rv340w.&... view more
CreatePlease login to create content
Discussion
Blog
Document
Project Story
Video
Related Content
Discussions
Blogs
Documents
Events
Videos
Project Gallery
Small Business community Righttrail
Cisco Small Business Software and Firmware
Download the latest firmware here
Popular Support Links
This widget could not be displayed.