Why Use a Business Class VPN Router? 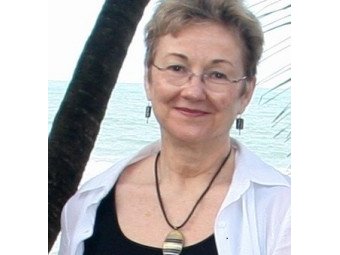 A consumer router may support a virtual private network (VPN) connection, but that's a far cry from the network and security capabilities that a business-class router can provide. All it takes is some IT talent and know-how to set one up.

You're hearing a lot about virtual private networks (VPNs) these days, whether it's from people who want to tunnel to another geographic area or people who want a secure connection to the internet. A VPN router is an attractive solution for small to midsize businesses (SMBs) that need secure communications because it allows the VPN tunnel to exist between two networks and it may also allow inbound secure connections for employees in the field.

But just because a box carries the moniker "VPN router," doesn't mean it's the right one for your business. In addition, just because it works and appears to create a secure tunnel doesn't mean it's actually secure or that it's the type of tunnel you need. As is the case with most things in IT, a great deal depends on the task you have in mind and how you need to accomplish it.

Ultimately, the rationale for a business-class VPN router boils down to having features that support the kind of networking operations that your particular business needs. These might include a higher level of security than you'd expect or need in a consumer environment, often prompted by the need for compliance to regulatory restrictions imposed by things such as the General Data Protection Regulation (GDPR) or the Health Insurance Portability and Accountability Act (HIPAA).

But as a baseline, the router also needs to support enough VPN sessions to make it useful to more than one employee, and it also needs to include the ability to configure and manage the VPN as well as integrate it with other security features, notably those pertaining to remote access and identity management.

Other key features include the ability to have multiple wireless networks available so that customers can have access to the company Wi-Fi bandwidth without compromising the business' production network. The router also needs to support as many employees on the wireless network as necessary (with room for growth), and be able to handle as many VPN tunnels as those employees require, even if it's almost all of them. 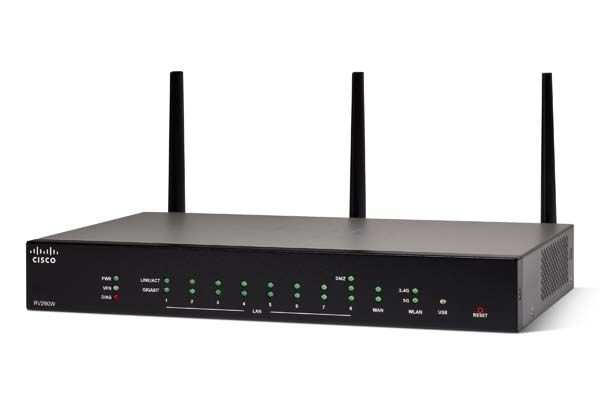 What's interesting is that there can be very little cost penalty involved with choosing a business-class VPN router over a consumer-grade router. The aforementioned Cisco Small Business RV260W VPN router is actually less expensive than the consumer routers aimed at gamers or movie watchers, but it has equal or better specifications.

It has dramatically better security, and the ability to be managed as part of the overall company network. For example, the Cisco router, like the D-Link router and most other business routers, supports standard management features such as Simple Network Management Protocol (SNMP). For IT professionals, that's a boon; however, for consumers, it's practically irrelevant.

While you have to give up the snazzy design of the consumer routers if you go with a business-class choice, you'll end up getting a lot more that's useful—and you'll likely get it as a much better price. But what's more important is that, by going with a business-class VPN router, whether it's wireless or not, you take a significant step in maintaining the security of your business.

The only drawback is that you'll need to make sure you've got the IT talent on staff that's required to take advantage of those capabilities. Frankly, in the current technology and security climate, that can be the best investment of all.

Beginner
Are you kidding me? The details page says ipv6 support and i really dont want a router that has wireless built in.
0 Helpful

Great if you use Business class Router then it always be a Standard, it has the latest Features and its parts are also liable.

It's always disappointing to me when I see someone posting content and passing it off as something they wrote themselves.  I'm doing research for a school project and just read this article in PC Magazine.  It was originally written by Wayne Rash and posted on PCMag.com on November 28, 2018.

Here's the proper citation for Lisa posted, not exactly in its entirety, but word-for-word from the original (the info about competitors' routers was not included).

Rash, W. (2018, November 28).  If you don't use a business-class VPN router, here's why you should.  PC Mag.  Retrieved from https://www.pcmag.com/news/if-you-dont-use-a-business-class-vpn-router-heres-why-you-should

Latest Contents
How to enable ipv6 dhcpv6-pd on rv130
Created by alexlei262099 on 02-27-2021 07:57 PM
4
0
4
0
We are using rv130 to connect internet. IPS offering internet connection via PPPOEv6 and IPV6 address. WAN port can receive IPv4 and IPv6 address. How can I config DHCPv6-pd ,so that on of my server on LAN can assign IPV6 address from ISP.&... view more
Firmware 3.0.0.69 minor bugs
Created by CrzHrs on 02-27-2021 07:29 AM
0
0
0
0
Hi, working on a CBS350-8T-E-2G, for reference. some notes: - please could be popups be off by default? (pretty bothering to see al those warnings when you log from a new browser)- Save blinking icon is spawning only when you're going back to ge... view more
SG300 bootloader and firmware availability
Created by samaneo on 02-27-2021 03:25 AM
1
0
1
0
Hello there. I'm working with someone who has an old Cisco Small Business SG300-10MP, and I'm trying to get my hands on all the necessary files to perform a firmware update. The switch hasn't been updated since 2013, currently it's on v1.3.0.62. I'm looki... view more
RV160 Gateway Mode
Created by DavidMaris82661 on 02-26-2021 09:40 AM
0
0
0
0
We recently changed ISP's and the large increase in speed warranted an upgrade from our existing RV042 to an RV160. I started by using the settings from the RV042 as the basis for the settings in the RV160 and when I connect it to the old ISP modem, every... view more
Cisco C500 Switch Trunking fail after reboot
Created by jonathanghignoli on 02-26-2021 07:27 AM
3
0
3
0
I have a connection between a Cisco c500 and a Cisco 3560 in trunk on a vlan (vlan id 216). When one of the 2 switches is accidentally restarted following an electrical outage, the "switchport mode access" command is added to the trunk port, removing the ... view more
CreatePlease login to create content
Discussion
Blog
Document
Project Story
Video
Related Content
Discussions
Blogs
Documents
Events
Videos
Project Gallery
Small Business community Righttrail
Cisco Small Business Software and Firmware
Download the latest firmware here
Popular Support Links