I recently began attempting to configure IGMP snooping and multicast on my work network and shortly realized that the SRW2048 switch series does not contain "fully functional" support for multicast.

Skip down to see the question... but here's some info:

After researching, I came across the following posts that revealed that there is a need for an IGMP Requester (what I'll call a Membership Query transaction) to be snooped by the switch.

After this, I searched google for IGMP requester and came acrros a perl script that sends a packet of IGMP type 11 (Membership Query) to the all-hosts group (224.0.0.1).

I read up on the IGMP RFC to gain a better understanding the membership query and the all-hosts group and came up with the following information.

It seems that the Membership Query is defined as being:

When targetting the all-hosts group, which is defined as:

This means targeting an IGMP packet of type 11 to the all-hosts/all-systems address (224.0.0.1), would cause that RFC compliant "host" to reply back with a membership report of the hosts "-cast" capabilites.

According to the other posts, I thought that when I set up the igmp requester to send the membership query packets, that the switch would magically recognizethe hosts, and stop broadcasting the multicast messages, and only send them to dynamically subscribed members who have sent join messages.  However, this didn't work.

How do I properly configure multicast with the SRW2048? 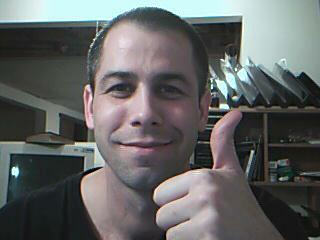 I am sorry to say that the behavior of IGMP snooping is different across the various platforms.

As I understand it, on many of our platforms, we will still flood the mcast for unregistered, and only to the VLAN that has the receiver.  Not the best implementation IMO, but at least all VLANs will not get the traffic ...

For information specific to this platform, you may decide to call our support as they may have more specific information: