I notice SG300 firwave version 1.4.0.88 is not available in the download section at the moment (was the recommended version and was certainly there earlier in the week).

Anyone know why? Are we due a new release perhaps? 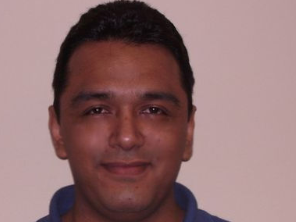 The firmware hasn't been removed, it seems the website is not displaying it as the latest version but you can still get it. For example:

I just wanted to follow up and find out if you were able to get the firmware that you were looking for.

Getting the firmware wasn't the point of the question- it was more about why that version appears to have been "demoted" and is no longer being presented as the GD release.

There are still quite a few issues in the latest software release for these switches- as shown in the "Limitations and Restrictions" section of the release notes and by Nelson Minica's posting on this thread. I was hoping that this change in the way the software was being presented indciated a new release was imminent.

Are you able to confirm when Cisco is likely to address the "Limitations and Restrictions" in 1.4.0.88 and issue new firmware?

Contributor
In response to Andrew Bailey

Thank you for the explanation.

What I can say in regards to your question is that we are always working in trying to resolve any new and known issues on the device with every new version of the firmware that is released.

With that being said, we haven't received any information in regards to an ETA for a new version of firmware yet.

The new version has been "promoted" back to the top of the list suggesting it is the new recommended GD versions.

However, at the moment there is no release notes stating what has been fixed in this release.

When will these be made available? Seems unwise for anyone to upgrade (even given the number of bugs in the previous release) without some idea of what the fixes might be.