We are trying to config vlan 10 for data and vlan 20 for voice on the same port - port 1 of swtich SF300-24P to run both data and voice on different vlans.

How can we achieve this?

If I do not want to assign the native vlan 1 to port 1, how can I remove it ? The GUI page - assign VLAN to port does not allow to remove it.

Aslo, what mode shall I set up on port 1? General, trunk or access ?

Appreciate your reply and helps.

Labels:
1 person had this problem
I have this problem too
0 Helpful
Reply
21 REPLIES 21
Highlighted 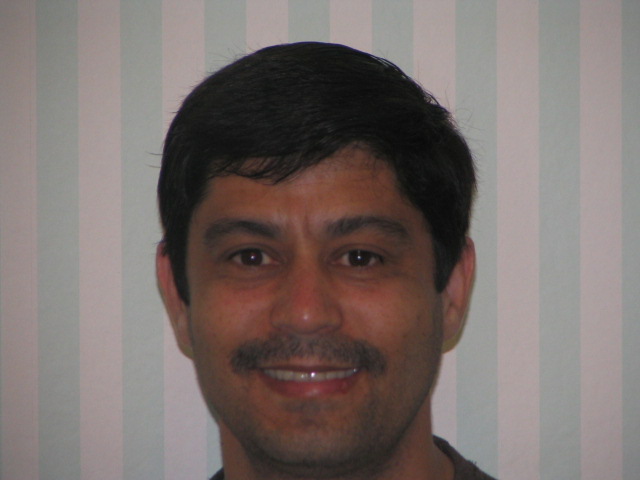 Create VLAN 10 and make it untagged on that port. It will be the PVID for that port. Just use the default port mode of Trunk. VLAN 20 is added as a tagged VLAN.

Ivor, thanks for your kindly reply.

May I know how to remove VLAN 1 from port1 ?

The default mode for SF300-24P is trunk mode but in another switch 3650, you can have access mode for both voice vlan and data vlan on the same port.

When you create a new VLAN and add it as an untagged VLAN on a trunk port, the default untagged VLAN (VLAN 1) will no longer be present on that port.

Is there any workaround to get PoE working for phone 7960 and 7940 when it connects to SF300 switch?

Hard to believe SF300 switch does not support 7960 as we have too many in stock.

I am pretty sure that those phone models are old pre-standard CiscoPower.  They don't do PoE at all, so they can't get power from ANY PoE standard switch.

Ditch the phones.  Unless you go guy an old Cisco switch from eBay, you won't be able to power them at all.

Jesse, thanks for your response.

Sad to see it did not happen. A heavey waste in the investment !!!

It's not a software thing. When the 7960/7940 phones were released many years ago, the IEEE 802.3af POE standard had not yet been defined, so those phones only supported Cisco pre-standard POE. After the 802.3af POE standard was ratified, thereby delivering POE interoperability between products from multiple vendors, switches and endpoints all started to support the new standard. The 79x1 phones and the new switches all support the standard.

Yea, those phones really are kind of old.  It has been years since they stopped selling those.

That being said, your best bet is to research which older switches will do Cisco prestandard power and go buy some off eBay or a gray market dealer.  It would be a shame to throw the phones away.

You need to do the math to figure out if it's cheaper to go with buying some old used gear that will support the phones, getting new phones, or what.

Cisco did drag their feed on doing the 802.3ae PoE implementation, just like they dragged their feet with LLDP-MED, but they did switch over.  Many newer Cisco switches are not supporting prestandard any more at all now.

Such are the perils of vendor-specific proprietary technologies.

Something like this may help you from PanOptic Technology. They'll eliminate the need for the wallwarts.
http://www.panoptictechnology.com/network-smart-adapters/

Hi, My name is Eric Moyers. I am a Network Support Engineer in the Cisco Small Business Support Center.

Currently there is no testing from Cisco to certify the use of any third party PoE adapters with any of out Small Business Equipment like the SF300 switches. While there are several out in the market, using third party equipment that has not been certified, can potentially work, they have an equal chance of not working or damaging equipment. Before using such devices I would make sure that they will replace any equipment that is damaged from the use of their products, because Cisco will not.

I am by no means saying that customers can not use third party equipment. I just want all of our customers to have all of the information.

I tried this setup with connecting to a 2901 router instead, and cant get it to work. The phone is not associating to the correct VLAN. It gets the IP from the untagged vlan instead.  I tried it with general access to the router and trunk, but not having any luck, and the PC connected to the phone is not getting an IP either.

Hey try lldp to get the phones to register to the vlan that they are using.

Here are the steps for setting that up.

Hope it helps you out.

Well, I tried it, still didnt work, the phone doesnt show up under neighbors. We finally decided just to run them flat vlan 2. Let the customer get more switches for their data and another HWIC for the router.

Why would Cisco put their name on a switch that isnt compatible with their other equipment?

The phones you're referring to was End-of-Life's back in 2002/2003 and the new standard was ratified at that time. All products Cisco brought to market since that time supported the new standard - the SF300 also conforms to that standard. HEre is a list of Cisco phones supporting the standard. Alll  the SPA phones also support the 802.3af standard.

0 Helpful
Reply
Latest Contents
List
Created by Nagaraja Thanthry on 07-30-2020 01:57 PM
0
0
0
0
Adding Wireless Capability to RV160
Created by PH42420 on 07-26-2020 07:41 PM
1
0
1
0
I recently purchased an RV160W for an individual who was having substantial trouble with her ISP router. Unfortunately, I received the wrong model in the mail, the RV160. Is there a low cost solution anyone is aware of to attach a wireless acces... view more
Support Newsletter Cisco Business - July 2020
Created by CoreyP319 on 07-23-2020 02:37 PM
0
0
0
0
Hey Everybody, Corey here with another issue of our newsletter. Where you can keep up with the latest from our community and support teams.   We’re hard at work making documentation for Cisco Business Switches and the Cisco Business Dashb... view more
Cant SSH to RV340 Router
Created by vmwlab on 07-23-2020 01:16 PM
4
0
4
0
I have enabled ssh on RV340 via downloading the configuration and setting ssh from false to true then uploading back to the router When I try to ssh i m able to connect and enter credentials but unfortunately getting the following error &nb... view more
#CiscoChat Live - The Power of Partnership: Guiding digital ...
Created by Kelli Glass on 07-22-2020 11:29 AM
0
0
0
0
Join us on Thursday, July 23 at 10 am PT (and on demand after) as we address the relationship small business owners have with Cisco partners as they work together to succeed on the business front. Our ecosystem of partners, many of which are small compani... view more
CreatePlease login to create content
Discussion
Blog
Document
Project
Video
Related Content
Discussions
Blogs
Documents
Events
Videos
Projects
Small Business community Righttrail
Cisco Small Business Software and Firmware
Download the latest firmware here
Popular Support Links