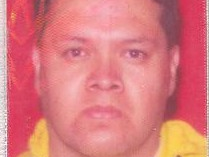 Hi, we purchased 5 SLM2048 switches on August/2010. From the beginning, they gave us problems with machines being unable to get IP addresses after a couple of days of being working fine. Only rebooting the switch solved the problem. I upgraded the devices to firmware 2.0.0.8 but problem remained.

After searching the web, I found a post in a discussion group saying that disabling STP in each port, globally in the device and then configuring the port as fastport was a workaround to this problem. By the way, I found I was not alone with the problem.

Indeed, after changing these configurations (all others remained as default) as mentioned in the discussion group, 3 of the switches worked fine. But, the other 2 keeps causing the same issue. The only difference between the faulty switches and the other 3 is that there is a cascade between these two devices, so I am assuming that the problem is on the cascade. All the 5 switches are connected to a core 3COM switch but only the faulty switches have a cascade between them.

I would appreciate any ideas about the reason of this problem. I was reading some documentation on the web and I found information about BDPU Handling. By default, these switches have flooding as the BDPU handling option. Is BDPU handling related to this problem?