We considered using the SF100D-05 Switches in small offices with an insufficient amount of network jacks. However, it appears that this switch-series is faulty. In the combination of new MSI-mainboards with Realtek network chipset, the link to the client is extremely unstable. I am not talking about one computer on one switch. The Problem occurs on every SF100D-switch with every new computer equipped with the aforementioned mainboard on our campus. Older computers or mainboards from other vendors are not affected. Also, any other low-price desktop-switch we use (Digitus, LevelOne, etc.) is working fine while the SF100D induces link-flaps on the mentioned machines.

The problem in detail:

Connecting a new, freshly installed, computer (with MSI-mainboard and Realtek network chipset) with the switch. The Link comes up and the computer has access to the network. After approx. 30-60 sec. the link gets down. (both link LEDs go off and the networkconnection is offline) After another 1-2 sec. the Link comes up again and network is working fine till the next 30-60 sec. Then the problem repeats.

The time between two link-downs decreases with higher network traffic. While downloading large amounts of data the link-down interval is reduced to 5-10 sec.

Setting the computers NIC to 100 Mbps full-duplex instead of Auto has no effect on the problem.

We tested the scenario with different

The behaviour is not identical to

The Problem occurs on NICs with the following MAC-OUIs

Has anyone observed similar problems?

Labels:
2 people had this problem
I have this problem too
0 Helpful
Reply
3 REPLIES 3
Highlighted 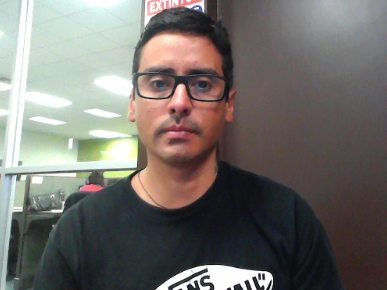 It is a very interesting and very well described and troubleshooted issue, very good and time consuming job you have done here! and since I have found no similar cases, documented software bugs and not even a firmware upgrade I can suggest, my only recommendation is to contact the Small Business Support Center to see if they have any idea in how to overcome this issue which in my opinion is a compatibility problem;

Unfortunately I am not able to reproduce your case scenario but please do not hesitate to reach me back if there is anything I may assist you with in the meantime.

*Please rate the Post so other will know when an answer has been found.

Jeffrey Rodriguez S. .:|:.:|:. Cisco Customer Support Engineer *Please rate the Post so other will know when an answer has been found.
0 Helpful
Reply
Highlighted

Beginner
In response to jeffrrod

We have exactly the same problem when connecting this switch to a FitPC3 http://www.fit-pc.com/web/products/fit-pc3/

So we shipped 8 of this Switches the long way to Nepal and they are useless now. So any solution would be very apprechiated.

Beginner
In response to jeffrrod

A similar problem seems to be reported here 4 years ago: https://supportforums.cisco.com/discussion/10910226/sf100d-05datastream-problem