Anyone know where the Visio Icons are for the 2960X and XR series switches? The typical download http://www.cisco.com/c/en/us/products/visio-stencil-listing.html location seems to have everything except these devices. Seeing as how hard Cisco is pushing this platform I would expect that they have to exist somewhere.

They are on that page - http://www.cisco.com/c/dam/assets/prod/visio/visio/products_visio_icon0900aecd80395a84.zip

Just download and open the file, you will see them: 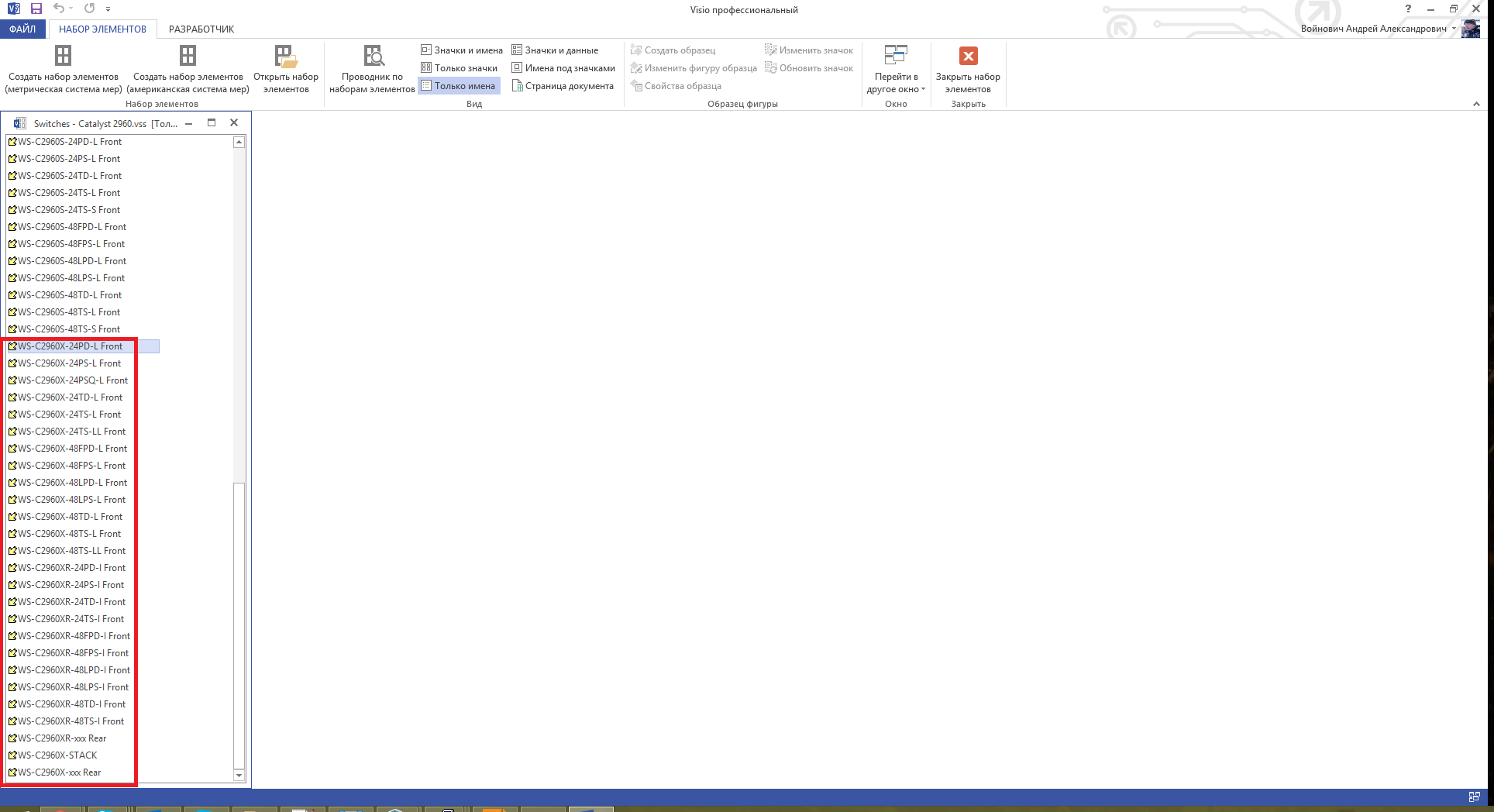 Beginner
In response to dukenuk96

Hi, I've downloaded the linked file from your post, as well as the 2960 zip file from the general Cisco Visio stencils page.

Beginner
In response to James Tuson

Of course the X versions are in there - just download the link he posted ;-)

Beginner
In response to Flavio Boniforti

If you read my post you'll see I did exactly that - your post isn't helpful and only repeats what's already been said.

It's definitely not "of course" since as you can see other people have had the exact issue of not being able to see the X versions in the zip file. There are at least 2 threads here on the cisco forums and more elsewhere on the internet, with multiple people in each thread saying the same thing.

I downloaded the link he posted as well as the one on the official page. I exacted each and added each into Visio.

The X versions were not listed.

Only when I followed the suggestion of one of the other posters, to add the 6800 series stencil, was I able to see the X versions in the 2960 stencil.

Beginner
In response to James Tuson
OK - that's a strange issue as I downloaded exactly the very same file and I could see and use all 2960X stencils.
Maybe it's a Vision version issue?!
F.