Welcome to the new Cisco Community. LEARN MORE about the updates and what is coming.
Turn on suggestions
Auto-suggest helps you quickly narrow down your search results by suggesting possible matches as you type.
Showing results for
Search instead for
Did you mean:
Start a conversation
Options
480
Views
5
Helpful
2
Replies

I received notice that 12.2(33)SXH is comming end of life next year. Is that only for the "H" and "I" will be the only version carried on?

How long and is what versions will the cmd "ip slb" be supported? (for switch serverfarms) 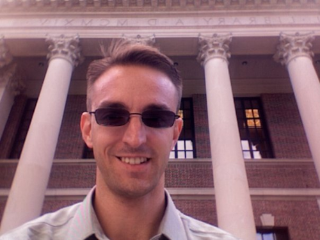 According to the software advisor I show that 'ip slb' is supported in all three current trains (SXF, SXH, & SXI). Did you hear that this feature is being discontinued?

Most devices are headed to running some version of IOS 15 because that version supports Cisco's new licensing model. However, I have not seen any announcement or version of code released for IOS 15 on a 6500.

Keep in mind that Cisco only recently began announcing end of life on IOS. They currently give plenty of notice on these end of life announcements. The SXH train is not end of support until 2016. Though you will likely want to upgrade relatively soon after March 2012 when Cisco ceases patching bugs in the SXH train.

Please review all the details of the end of life announcement here: http://www.cisco.com/en/US/customer/prod/collateral/switches/ps5718/ps708/eol_c51-624522.html

Sorry to add on to this. But I was told by a cisco rep that the slb function was going away and being restriced to the ACE appliance.

I have another question about upgrades. How do you upgrade the line cards like the 6748 with daughor board. its a 48 port 10/100/1000 copper card. We have the same model cards just bought at different times. Both the card and daughor have different versions on them depending on when we bought them.