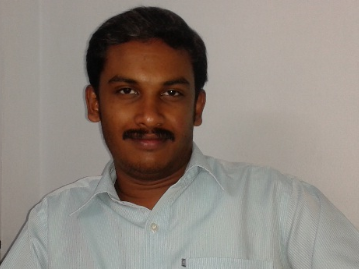 3) Do cisco support the below SCEP services ?

CA interoperability permits Cisco IOS devices and CAs to communicate so that your Cisco IOS device can obtain and use digital certificates from the CA. Although IPSec can be implemented in your network without the use of a CA, using a CA provides manageability and scalability for IPSec.

You need to have a certification authority (CA) available to your network before you configure this interoperability feature. The CA must support the Public Key Infrastructure (PKI) protocol, and the Simple Certificate Enrollment Protocol (SCEP) .

Cisco supports the following standards with this feature:

IPSec—IPSec is a framework of open standards that provides data confidentiality, data integrity, and data authentication between participating peers. IPSec provides these security services at the IP layer; it uses Internet Key Exchange to handle negotiation of protocols and algorithms based on local policy, and to generate the encryption and authentication keys to be used by IPSec. IPSec can be used to protect one or more data flows between a pair of hosts, between a pair of security gateways, or between a security gateway and a host.
Internet Key Exchange (IKE)—A hybrid protocol that implements Oakley and Skeme key exchanges inside the Internet Security Association Key Management Protocol (ISAKMP) framework. Although IKE can be used with other protocols, its initial implementation is with the IPSec protocol. IKE provides authentication of the IPSec peers, negotiates IPSec keys, and negotiates IPSec security associations.
Public-Key Cryptography Standard #7 (PKCS #7)—A standard from RSA Data Security, Inc., used to encrypt and sign certificate enrollment messages.
Public-Key Cryptography Standard #10 (PKCS #10)—A standard syntax from RSA Data Security, Inc. for certificate requests.
RSA Keys—RSA is the public key cryptographic system developed by Ron Rivest, Adi Shamir, and Leonard Adleman. RSA keys come in pairs: one public key and one private key.
X.509v3 certificates—Certificate support that allows the IPSec-protected network to scale by providing the equivalent of a digital ID card to each device. When two devices wish to communicate, they exchange digital certificates to prove their identity (thus removing the need to manually exchange public keys with each peer or to manually specify a shared key at each peer). These certificates are obtained from a CA. X.509 is part of the X.500 standard of the ITU..