For the last couple of days, I'm getting these errors in a dual chassis 6880 environment (VSS)

I'm considering to plan a reload to the chassis, but i'd like to know what's the problem origin...

Has anyone had this issue?

8 people had this problem
I have this problem too
Labels:
0 Helpful
Share
Reply
1 ACCEPTED SOLUTION

Participant
In response to rhub
Options

Mentor
In response to rhub
Options

Excessive logging/Memory leak due to a parity error in the Netflow VRAM.
CSCus64795
Description
Symptom:
A Catalyst 6500 or 6800 may generate a lot of syslog messages and leak memory due to a parity error in the NetFlow table. A sample of these messages are:
%EARL-1-EXCESSIVE_PARITY_ERROR: EARL 0: Parity error detected in VRAM
and
Warning: Uncorrectable Parity error is seen in the Netflow Table.
If any error is seen in Netflow flow creation or Netflow Data
export, it is advised to reboot the card in a maintenance window

Conditions:
These messages are printed as a result of a parity error. This bug is not to address the parity error which has occurred in the system. Instead this bug was raised to overcome two issues:
1) The excessive debug logs that are produced by the system. From lab testing after a parity error the system will generate over 200,000 debug messages in a day.
2) The repeated misleading EXCESSIVE_PARITY_ERROR messages that get generated. From previous cases a single one time error will get flagged repeated by the system causing this misleading messages.
3) A memory leak that occurs as a result of the parity error. Each time the system flags the one bit error an entry into a table is created without bound. A single error will cause of a leak of roughly 30MB per day in the process named NF ISR Intr Task.

To stop the messages and leak schedule a window to reload the supervisor or linecard where the parity error was seen.

Workaround:
There is no workaround. The corrective action to clear the parity error is to perform a reload on the affected component in a maintenance window.

Mentor
In response to rhub
Options

Ahye didn't see they had a bug id in first post , don't like to say it but if your still getting those errors the bug must have carried over to your version as well unfortunately

that's exactly the case; I just received an answer from TAC saying the same; the bug was not fixed and therefore carried over to the release we're running.

Participant
In response to rhub
Options

I'm fully aware of the bug and parity errors. According to TAC the bug has not been fixed in our running release.

We re-seated the linecard in question and it's ok now.

Did you need to reload the chassis when re-seated the Line card ?

Reloading the affected module fixed it actually but still it's annoying,

I can see that there is a bug CSCus64795 in the answers around the site, but the bug description has been removed from cisco.com, why is that?

At least there should be other bug references to the problem. 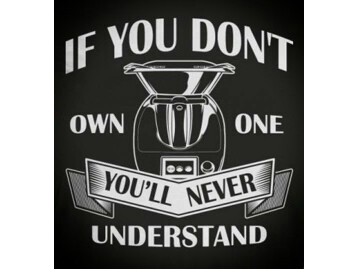