Cisco Community
English
Register
Login
Great changes are coming to Cisco Community in July. LEARN MORE
RegisterLogin
Options
Turn on suggestions
Auto-suggest helps you quickly narrow down your search results by suggesting possible matches as you type.
Showing results for
Search instead for
Did you mean:
9598
Views
0
Helpful
11
Replies

came across a very weird stuff.. swapped a POE with Cisco Catalyst 3750-24PS Switch but POE is not working.. it is able to work as a normal lan switch.. POE function is not working.. any ideas please. its on default config. no changes done to config.

what are you connecting to it as a test , are you certain the poe type of the device is supported on the 3750 ?

some good points and tips in this doc for specifically troubleshooting poe , if you are still getting nothing after this and your certain the poe is supported you may need to rma the switch

yes Mark.. its a POE switch... model i have specified above..

show power inline shows all off ;(

as when i am connecting a phone its not turning on.

can you advise what can be checked.

Beginner
In response to JATINDER KUMAR

On the interface, can you add power inline auto and then connect the device ?

PoE might be turned off on the interface level.

Beginner
In response to Harsha A.

hello harsha/ Leo ... i did the interface command but no luck.. please see attached the output of show power inline and show version command 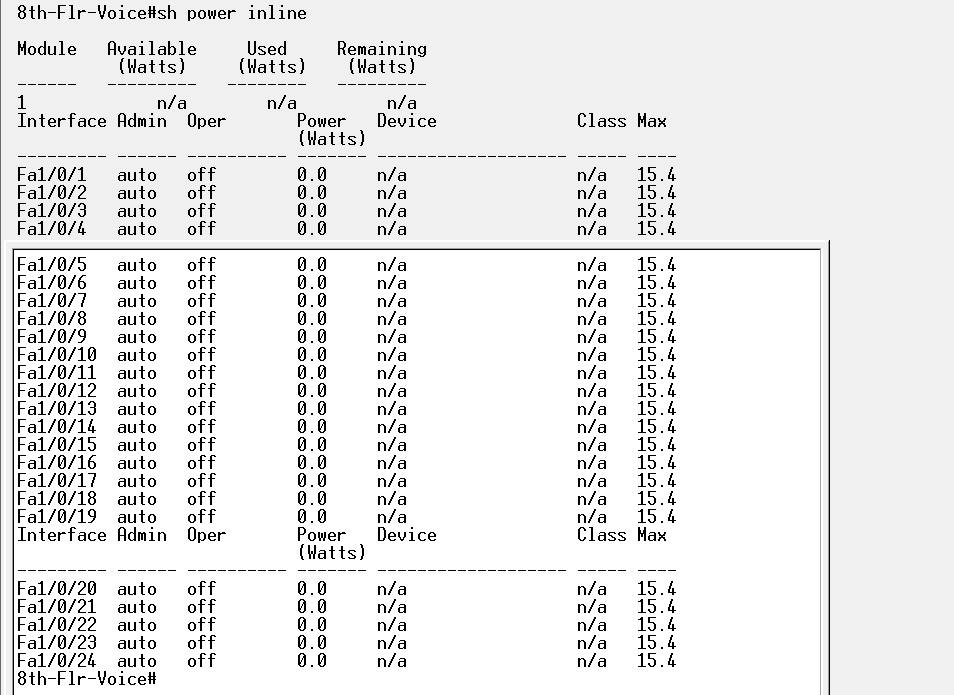 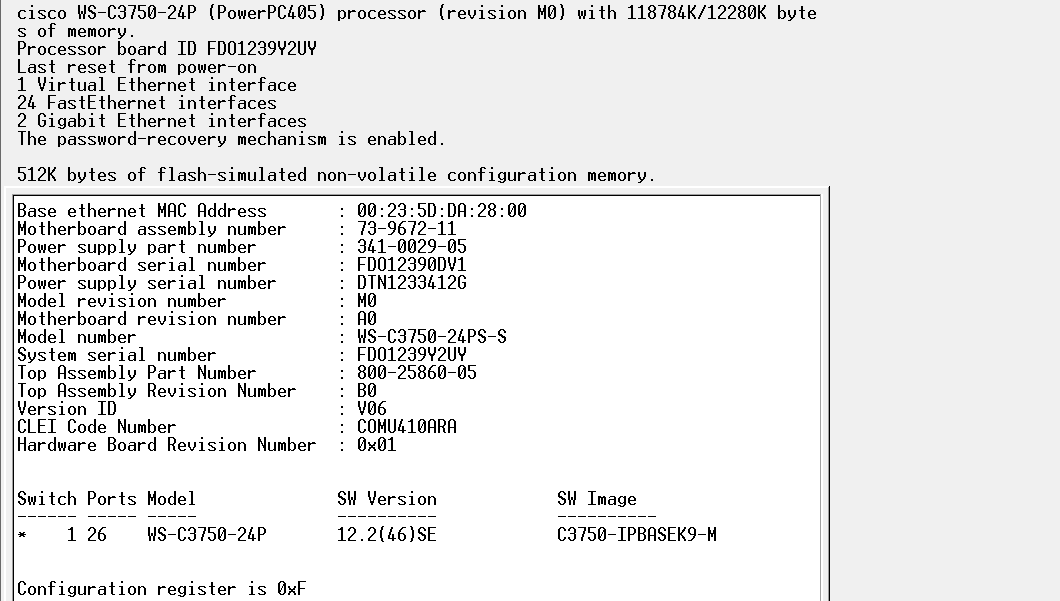 Mentor
In response to JATINDER KUMAR

Your ios version is 8 years old as well could be a bug , you could try another newer recommended versions like 12.55 Se11 from 2016  or at least something a bit newer , worth a shot if all else fails

No PoE On All Ports or a Group of Ports

Follow these steps when there is no power on any port or a consecutive group of ports. Confirm that nonpowered Ethernet devices can establish an Ethernet link on any port and that PoE devices do not power on.

Use the show interface status privileged EXEC command to verify that the ports are not shut down and not error disabled.

If there is a persistent alarm related to power, replace the power supply if it is field-replaceable. Otherwise, replace the switch.

If there are no alarms reported by LEDs, CLI messages, or in the output of the show env all privileged EXEC command, connect a powered device directly to a switch port. Do not use the existing distribution cables. Use only a short patch cord to make the connection.

Enter the shut and no shut interface configuration commands on this port. Use the show power inline privileged EXEC command to verify that the powered device receives power when the port is not shut down.

In some cases, it may be appropriate to disconnect the Ethernet cables from all but one switch port, and leave a powered device connected to only that PoE port.

If a powered device powers on when it is the only one connected to the switch, enter the shut and no shut interface configuration commands on the remaining ports. Reconnect the Ethernet lines one at a time to the switch PoE ports. Use the show interface status and show power inline privileged EXEC commands as each line and powered device is reconnected to monitor inline power statistics and port status.

hi mark it looks to me point 3 from above ... as my lan ports arre working fine only POE is not and already used all methods from what you advised.. but no luck .. now i need a method to make sure that POE segment of power supply is faulty .. any idea how to check this. plz.

Thanks for the output.

Look at the output for the command "sh power inline".  Under "Available", "Remaining" and "Used" shows as "n/a".  That's unusual.

Enthusiast
In response to Leo Laohoo

Can you confirm what type of IP Phone / PoE Devices you are going to connect on Cisco 3750-24PS, it's Cisco or non-Cisco.

If it's Cisco then can you do that @Leo mention, upgrade the IOS.

If it's non-Cisco PoE devices can you enable LLD protocol & verify the status.

show power inline shows all off ;(

Post the complete output to the command "sh power inline".  I want to see the output for myself.