I've been in another discussion about glbp and now I have a question. I can't find anything on Cisco's site about how the algorithm is figured, so here's my question. According to a site that I found, it stated that a weight of 150 on 1 router and a weight on 100 on router 2 would result in 3 packets to 150 for every 2 packets on router 2. How do you figure out how many packets one router would receive over another?

HTH, John *** Please rate all useful posts ***
Labels:
I have this problem too
0 Helpful
Reply
9 REPLIES 9 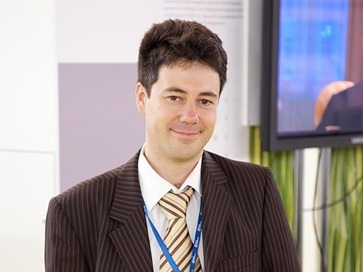 GLBP's weighted load balancing obviously is not per-packet. GLBP LB works in a source-MAC-based fashion. AVG knows about MAC addresses of routers in it's GLBP group and when it see ARP request it replies with some MAC. It uses different router's MACs answering to different hosts in a proportional schema. Weights for the proportion are assigned in a configuration.

Advisor
In response to Sergey Fer

Yes, but how is it that they get a 3:2 ratio? I've seen this in more than one place and I've also seen it based on percentages of how much traffic will be sent to AVF 2 vs. AVF 3.

GLBP load balancing is performed based on ARP activity on a population of hosts in the common subnet.

As a result of this:

if only one client exists no load balancing occurs and only one AVF serves this unique host for all the time the ARP entry is valid in host's ARP cache.

If many client hosts exist AVG answers to ARP requests for default gateway in such a way to build a load distribution over active AVFs. This can use one of few load balancing algorithms (round-robin, host-dependent, weighted)

The weighting can allow to select active forwarders because it is influenced by tracking of other interfaces.

if weighting of a node is over the configured threshold the node is an active AVF.

For these reasons talking of per packet load balancing in GLBP is not correct: it is flow based depending on the ARP reply received by each client host.

Also I suppose that the comparison of weighting of the different AVFs is performed only when the load balancing algorithm configured is weighted. In all other cases the weighting is only compared locally to the threshold to decide if the node can be an active AVF or not.

if there is a 3:2 ratio in  weighting values on two AVFs and algorithm is weighted of  N hosts in subnet 3/5 N hosts will be served by node1 and 2/5 N by node2 but this does not ensure a 3:2 ratio in traffic volumes outbond (exiting the common subnet) just in the flows sourced by those N client hosts.

it is just the way AVG answers to ARP requests that takes care of the weighting values ratios in weighted mode.

Advisor
In response to Giuseppe Larosa

Hall of Fame Master
In response to John Blakley

my poor understanding is that you cannot achieve 25% / 75% on traffic volumes you can just approximate this in terms of how a population of 100 client hosts ( just for doing an example) is served by active AVFs.

(you need weighted and weighting 30 10 respectively)

Once the client host has built its own ARP entry for default gateway  it will use it until next ARP request. Traffic in the other direction (from outside world to common subnet, return path)  is not controlled at all.

Statistically you get also traffic volume distribution over the two AVFs but with no guarantees.

Advisor
In response to John Blakley

Hall of Fame Master
In response to John Blakley

now I see what you were looking for.

I agree it should be this way

Advisor
In response to Giuseppe Larosa

Thanks for the rating

Thank you all for the info on GLBP.  It was exactly what I was looking for.  I did have a follow up question.  were did you get the (50+100+125) numbers from?  Are those all the weights added up?  If I wanted a different percentage I would add up the different weights?  I am assuming that is the case but just wanted to follow up.

Thanks for all the help,