I received a lot of help from Cisco TAC before running into a wall.

The ASA has the following interfaces:

All devices on the switch receive an address of 172.80.80.x with internet access.

Recently, I wanted to add a second network for voice and configured a DHCP network 172.80.90.0/24 on ASA GigabitEthernet 3 for voice.

In the FTD GUI, under Policies, Access Control and NAT are configured properly for the new voice network.

On the switch, access port g1/0/48 is the uplink to ASA interface 3 for the voice network.

TAC explained that all traffic is going out of 172.80.80.1 which is the default interface on the switch.

This was their explanation:

As discussed in our call, for what you are attempting to do QoS will be required as switch needs to know what to do with the traffic. Our scope within QoS is to troubleshoot scenarios where the configuration is already stablished and no configurations from scratch.

They provided me with a link to QoS configurations but it is beyond my scope. I need help with a configuration to send traffic from the voice vlan on the switch out of g1/0/48 to ASA interface 3 with the voice DHCP network.

I hope this makes sense.

Labels:
I have this problem too
0 Helpful
Reply
25 REPLIES 25

Hall of Fame Master
In response to Uche Akunwafor

see what options are available

eventually try it in config mode at global level

I posted the results of sdm prefer earlier. Is that not it?

I believe that what @Giuseppe Larosa is suggesting is that you change sdm prefer from desktop to routing. You might give it a try but I am not optimistic that it will solve your issue. I believe that the issue may be that you have the lanbase license and that may not support PBR.

I am thinking about why the static route for 8.8.8.8 did not work. And I am wondering if the issue might be whether there is address translation for the new subnet. Would you try the static route again and this time test with traceroute instead of ping? I would like to make sure that the packet does use 172.18.90.1 as the next hop, and whether the packet makes it past that next hop.

And I am thinking that perhaps the best advice is to not try to do testing from the switch but to configure a switch port for the new vlan, connect a PC to that port, and test from the PC rather than from the switch.

I have an IP phone connected to g1/0/3 on the switch for testing. Right now it cannot reach the internet and has no dial tone.

It receives a DHCP address but that's it.

There is an ACL and NAT policy on the firewall for the voice network. I attached images. 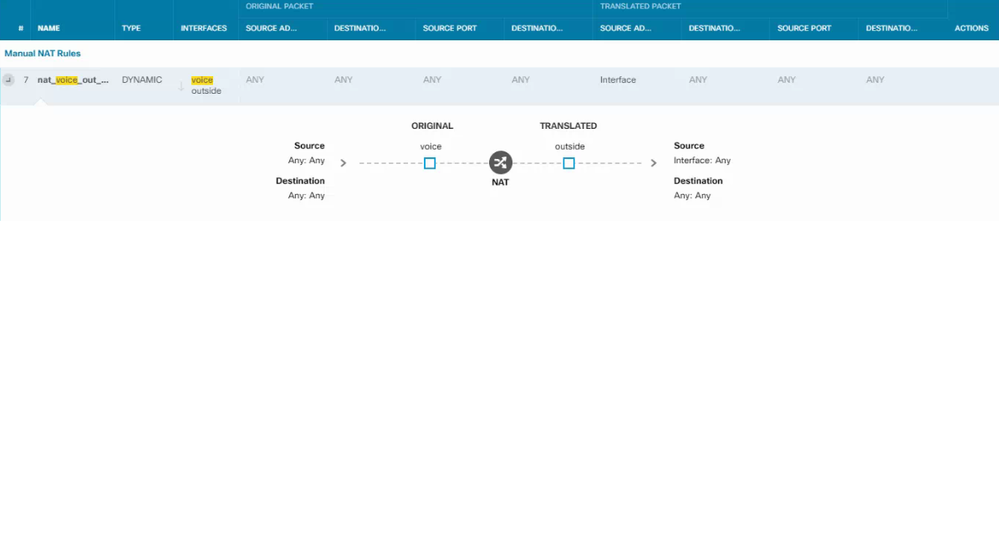 Unfortunately, I was unable to find a way to verify the gateway.

Hall of Fame Master
In response to Uche Akunwafor

use a PC for basic tests by configuring the port in access mode for VLAN 444 so that it is easier to understand what is happening.

the two entries for the MAC in VLAN 1 and in VLAN 444 can be temporary and it can be the result of the phone booting first in VLAN 1 and then getting an IP address from Voice VLAN.

Or are just the CDP frames that travel untagged.

However, it is easier to use a PC to make connectivity tests to the internet in VLAN 444.

if the PC can go to the internet you wll know that NAT confguration is fine for VLAN 444 and also security policies.

I will try that. It's a remote office so I will have to schedule a day to go over there and test with my laptop.

One indirect way to sort of confirm the gateway would be to check the arp table on the ASA. If it has an entry for 172.80.90.11 then we know that they have some communication and probably the phone does have the ASA as its gateway. It is not as good as checking the gateway from the phone. But it would be a step in the right direction.

You are right. That showed up in the ASA's ARP table

So I connected a laptop to the port assigned to voice vlan 444 and got internet access for a reason I do not understand.

This is the laptop output: 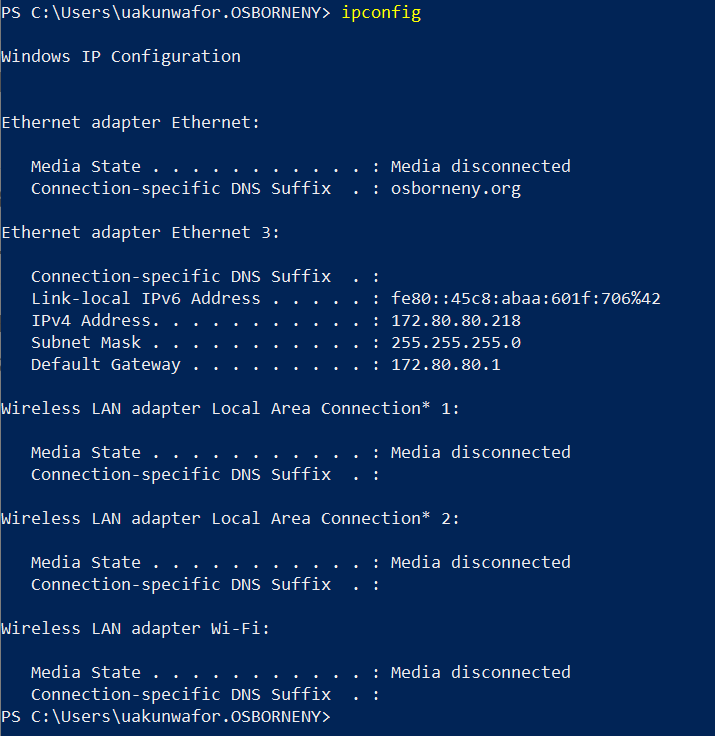 This is the switch output with the laptop connected to the port on vlan 444.
OSB-Harlem#sh run int g1/0/3
Building configuration...

The laptop connects to vlan 1 and gets a DHCP address.