Cisco Community
English
Register
Login
RegisterLogin
Options
Turn on suggestions
Auto-suggest helps you quickly narrow down your search results by suggesting possible matches as you type.
Showing results for
Search instead for
Did you mean:
317
Views
0
Helpful
4
Replies
Highlighted 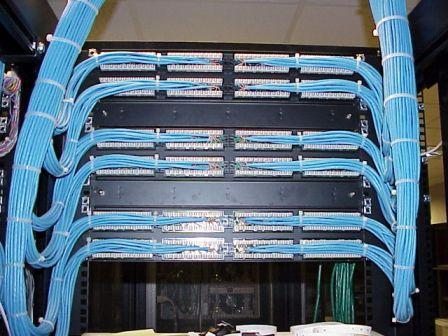 I have a scenario where I dont really know what to do with it.

I have two SP routers connecting to my LAN and providing us with two Internet connections.

Those two routers have HSRP configured on the LAN side and are connected to a switch to which also my FW is connected to.

Now I was thinking about how to prevent such a situation in the future and thought about IP SLA. With IP SLA I could e.g. track reachablility of our FW IP and if its lost, decrement the HSRP priority of the "active", making it go to "standby"!? But then what if its not the interface on the switch that the router is connected to, but the FW interface that is faulty? There would be a HSRP change for no reason. So tracking FW reachability does not really help here I guess? As the switch is a L3 switch, I could create a loopback interface on the switch and track that!? But what if the router interface on the switch fails, through IP SLA the HSRP prio on the "active" one would decrement, but as the peers cant speak with each other anymore would the "active" go into standby then? I dont think so...

I would appreciate any input on that matter! How did/ would you implement such a scenario?

If applicable you could physically attached the rtrs together and track their lan and wan interfaces for reachability or line state.

Participant
In response to paul driver

thanks for your reply.

Can you please elaborate on your thought. I dont really know what you mean.

Right now Iam able to ping the LAN IP of the peer router but thats pretty much the same as sending HSRP hello packets, no?

VIP Mentor
In response to flokki123

Can you physically connect a cable between your two hrsp rtrs instead of them both going via a switch for hrsp?

Participant
In response to paul driver

thanks again for your reply.

Well, I need to connect them to a switch as they provide the default GW for my LAN, which in turn is connected to that switch.

Or do I have some error in reasoning?

If I would have two L3 switches I could connect an additional link between the two and put that connection in the same Vlan, creating a loop technically. But would that help?

Latest Contents
Cisco SD-WAN Cloud OnRamp Trial
Created by tahuja on 10-22-2020 06:43 PM
0
0
0
0
Cisco SD-WAN Cloud OnRamp allows you to simplify and secure connectivity to cloud applications and public clouds. Interested in testing out the latest Cisco Cloud OnRamp solutions?   Sign up to try out various use cases with the Cisco SD-WAN Cloud ... view more
Use Serviceability Features to Troubleshoot your Cat9K as a ...
Created by Cisco Moderador on 10-21-2020 12:12 PM
0
0
0
0
“Use Serviceability Features to Troubleshoot your Cat9K as a Cisco TAC Engineer” This special event is open only to Cisco Customers and Partners.   Many pages in the Cisco Community are accessible only to Cisco customers, partners, or logged in ... view more
**New Episode** Cisco Champion Radio: S7|E40 From SD-WAN to ...
Created by aalesna on 10-19-2020 03:21 PM
0
0
0
0
Cisco Champion Radio · S7|E40 From SD-WAN to SASE: Speed Up and Secure SaaS Internet Apps   The changing global environment has transformed how enterprise users connect to applications. The SASE architecture delivers important networking and securit... view more
RSTP question
Created by todorn123 on 10-19-2020 09:33 AM
4
0
4
0
Hi guys,Have a question regarding spanning tree and way its supposed to work when there is a redundant path in fiber daisy-chained switches. Root switch for all vlans is connected via fiber link to the first of the daisy-chained switches. Below is same co... view more
Latency Consideration.
Created by acbenny on 10-18-2020 09:36 PM
0
0
0
0
Hi Experts, I am designing a Ring topology to connect all all DRs and back to CR sites. Do I need to consider what is the maximum DRs which I am able to connect in the Ring and I am thinking does the latency will be affected if more sites will j... view more
CreatePlease login to create content
Discussion
Blog
Document
Project
Video
Related Content
Discussions
Blogs
Documents
Events
Videos
Projects
Content for Community-Ad