Turn on suggestions
Auto-suggest helps you quickly narrow down your search results by suggesting possible matches as you type.
Showing results for
Search instead for
Did you mean:
Start a conversation
Options
994
Views
5
Helpful
21
Replies

In cisco ie2000 i had Deleted all file from flesh: please help me

I have cisco ie2000 16ptc-g-e and i delete all files from flash: please help me what to do now

I have this problem too
Labels:
0 Helpful
Share
Reply
21 Replies 21


are u saying i upload only ie2000-universalk9-mz.152-4.EA5.bin file in switch after that boot this file

When the switch successfully boots 15.2(4)EA5, download the TAR file whatever version you want to upgrade to.

Use the recommended process to upgrade the switch:  archive download-sw tftp://<TFTP_IP_ADDRESS>/TAR_FILENAME.TAR

IMPORTANT:  The IE switches have an SD slot.  Those SD ports are not "decorations".  If these switches are going to be deployed in remote- to very-remote locations, the SD card can be a time-saver.

and thanku to guide me

Beginner
In response to mkumawat1307
Options

i got this error now

Do you have a USB mini-type B?  It does not need to be a Cisco-branded cable.

If there is, use that. 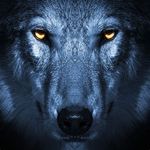 In case anyone else runs into this issue or has an IE2000 stuck in a boot loop with the following error.

The only way to break the boot loop is by removing and re-applying power whilst holding the reset button.

If you've deleted everything from flash, there are two options. Copy the files you need to an SD card (FAT16) or use the XMODEM/XMODEM1K protocol over the console serial port to restore the image.

Both of the files are available from the .tar image. Do not attempt to upgrade an IE2000 series switch with the .bin image only.

To increase the console speed (baud) you need to modify the parameters in the Primary flash environment.

Once you have both files in the onboard flash (don't try to boot from SD card when you need an FPGA code load for the image. It will fail) you can set the BOOT parameter in the Primary flash environment.

Make sure you have both the .bin file and the jeevesfpga.rbf file in the same directory.

You can then boot the switch.