Installing/upgrading from 1 core switch to 2 without downtime I need your thoughts on what could be the best way to install 2 new switches (Cisco 9407 redundant pair with Stackwise Virtual & MEC) and removing 1 old 6509E switch which sits in the core of our network, with minimum downtime.

Am i thinking right ?

-First configure both the switches and label the old cabels with the new port names.

-Transfer one by one switch to the new core.

i suggest to link both the switches and transparently move the links and decommission the old 6509E switch.

If the business can offer you down time, then you can carry out the way you mentioned here.

Old one is single switch. Configured with only interVlan routing and a default route to internet router.
0 Helpful
Share
Reply 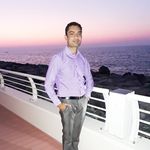 There are two types of network testing available as

"A prototype network is a subset of the full design, tested in an isolated environment. The
prototype does not connect to the existing network. It is a non-production network. The
benefit of using a prototype is that it allows testing of the network design before it is
deployed prior to affecting a production network. When implementing a new technology
such as IPsec, you might want to implement a prototype test before deploying it to the
operational network.
A pilot site is an actual production network location that serves as a test site before the
solution is deployed to all locations in an enterprise. A pilot allows real-world problems to
be discovered before deploying a network design solution to the rest of the internetwork."

As per your post and recommended testing type for a minimum downtime is the prototype test. My recommendations as First verify your newly configured switches for any basic or hidden errors in configuration or Physical connections After that make a demo test with few (one or more system) for any basic changes.  If you are satisfied then make changes during the weekend. Best of luck and keep post if you require any guide.

Regards,
Deepak Kumar,
Don't forget to vote and accept the solution if this comment will help you!
5 Helpful
Share
Reply 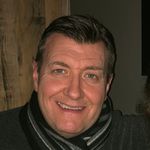 2) Make sure new core has the same stp/vtp versions and its STP priority for the new core is higher than the exiting core but lower then the rest of your LAN estate and its vtp revision number is set to 0, Then create a l2 interconnection  between old-new core so this the new core will get populated with the old core current vlan database

4) Once all switches have been migrated over to the new core arrange some down downtime and disable the l3 svi's on the old core and disable ip routing
On new core enable the same SVI;s and ip routing with any static/default routes the old may have had.

5) Relocate your wan connection over to the new core.

The above scenario is based on static/default routing on the core, and no l3 remote sites which given your statement i guess this is correct?
" Core switch is connected to 2 WLCs, ESXis, access switches 1x10G&1x1G links & Internet gateway router"

Note-: If you did have l3 remote sites or/and IGP running then you would also need to add some additional steps including creating an additional L3 connection between old/new core for the migration., Advertising a default route from old core igp. Then as you migrate the remote sites over to new core you will advertise them into the igp on new core and remove from them the old core.

There would be downtime anyway , I am still leaning towards configuring both the switches and testing them first with (stackwise virtual and MEC) and then use the downtime just to swap cables on a saturday?
0 Helpful
Share
Reply

You can connect both the devices and move the links to new Switch, you see minimal downtime when you move the links and also you have issue you can role back to old switch, since that switch also live and part of the network.

migrate internet and wan links in the end, while you have downtime agreed and maintenance window, so there will be interruption of service when you move them to new switch.