Cisco Community
English
Register
Login
RegisterLogin
Options
Turn on suggestions
Auto-suggest helps you quickly narrow down your search results by suggesting possible matches as you type.
Showing results for
Search instead for
Did you mean:
6509
Views
0
Helpful
11
Replies
Highlighted

We recently installed 15 of these switches, and we're having a few odd, random network issues. But before I enumerate those issues, I have a simple question: are the connection lights on these switches *supposed* to blink rapidly? Or are they supposed to blink *normally*?

On all other switches I've ever seen / worked on / worked around, when a cable is plugged into a port, the connection lights blink upon network activity. You know what I mean; sometimes they blink a little faster when there's lots of activity, but mostly it's an almost lazy, random kind of blinking.  When you look at a switch and every light on every port that's connected is blinking very rapidly, your first instinct is "No *wonder* nothing works around here!" and you find the port that's chattering and unplug it...all the blinkies go back to normal.

Well, on the 15 switches we've installed, every light that's on blinks rapidly, as if there's an uncontrolled storm going on.

Is that the "new norm"? Did I miss the memo, and there is nothing to be worried about here? Or are the rapidly blinking lights telling me there is, indeed, a problem?

I'll be glad to get into specifics later; I just need to know if this rapid blinking is normal or not.

I have installed quite a few 3750-X switches.  I would not worry about the fast blinking light, but I would check the CPU to make sure everything is running smoothly.(sh processes cpu)

Why would every connected port be getting the same amount of traffic at the same time? Isn't that what the lights are saying? Or again, is this by design? (That would be a terrible design, in IMHO...)

Beginner
In response to wilddoktor-sp

I ran across the exact same behavior the other day. My first thought was "Broadcast Storm".

Did you ever resolve this question? 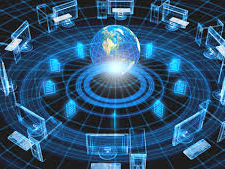 Participant
In response to djohnston

what I can say is - a broadcast storm will affect a site at a given time not all of your branches at once.

A loop? Run wireshark on a computer that is connected to the switch and see if you can see any issue.

Beginner
In response to pjmonline

All 15 switches in 12 different IDFs are all doing the exact same thing...that would be a big loop. :-) Would certainly explain some of the glitches, of course!

Again, not trying to troubleshoot in this thread; just trying to find out if crazy fast blinking lights is the norm for these switches...

Beginner
In response to wilddoktor-sp

One of our clients at remote site reporting the similar problem, just wondering how is your case ended? thanks.

Do a this command on one of the interfaces you would expect only a small amount of traffic on: sh interfaces <interface> | inc 5 minute

Convert bits to megabites and see how much traffic it actually is.

clear counter <interface>      would set all counters to 0 and you could check immediately after clearing to see if an unruly number or multi or broadcasts are being counted.  If so start tracking down the source...

- Be sure to rate all helpful posts
0 Helpful
Reply
Highlighted

Can you check LED modes therein:

Participant
In response to Parvesh Paliwal

is there an update ?

Remember marking helpful, if so, please.

Thanks for the recent feedback; I will try your suggestions this week and report back.

Also, since we're currently in a flat network topology (no vlans; everything is on the same segment), that could account for the fast blinking.  However, we're currently moving to a vlan structure, so I'm curious to see if that slows the blinking at all.

Will report back when I have some more info.