The system works fine. But we have suffered twice a severe rate of packet loss that has caused a huge impact.

The only information we have been able to find is a big rate of discarded packets in the interfaces that belogn to ther Inter-DataCenter VPC.

Both times we had just activated a span session on each Nexus 7000:

Is there any consideration regarding span sessions that we ignore?

We've been working witch Catalyst 6500 for the last 10 years and the Nexus 7000 have been installed only a couple of weeks ago.

I would suggest you to open a service request with TAC to investigate this issue deeper, since there may be many reasons for such behavior.

Also spanning that many high speed vlans is probably not a good idea either .

Beginner
In response to glen.grant

Probably it isn't the best idea, but we need it. And it used to work fine with the Catalyst 6500 which is supposed to be quite less powerful. 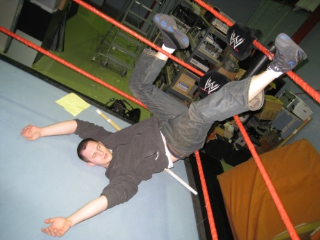 Do you have the command Switchport Monitor under int Eth 1/32...

Beginner
In response to mikegrous

Participant
In response to seba

If you span only 1 vlan does it still cause issue?

If you span to another device..say a laptop with wireshark.. does it still cause the issue?

I would agree also that this probably isn't the best idea. I'm assuming the time machine is 10G connected. What is the traffic profile of those VLANs? You also didn't detail which ports are connected to which modules. This smells of ASIC oversubscription to me. You might have just gotten lucky with the Catalyst deployment (or perhaps your traffic profile shifted with the enhanced environment).

Latest Contents
Use Serviceability Features to Troubleshoot your Cat9K as a ...
Created by Cisco Moderador on 10-21-2020 12:12 PM
0
0
0
0
“Use Serviceability Features to Troubleshoot your Cat9K as a Cisco TAC Engineer” This special event is open only to Cisco Customers and Partners.   Many pages in the Cisco Community are accessible only to Cisco customers, partners, or logged in ... view more
**New Episode** Cisco Champion Radio: S7|E40 From SD-WAN to ...
Created by aalesna on 10-19-2020 03:21 PM
0
0
0
0
Cisco Champion Radio · S7|E40 From SD-WAN to SASE: Speed Up and Secure SaaS Internet Apps   The changing global environment has transformed how enterprise users connect to applications. The SASE architecture delivers important networking and securit... view more
RSTP question
Created by todorn123 on 10-19-2020 09:33 AM
4
0
4
0
Hi guys,Have a question regarding spanning tree and way its supposed to work when there is a redundant path in fiber daisy-chained switches. Root switch for all vlans is connected via fiber link to the first of the daisy-chained switches. Below is same co... view more
Latency Consideration.
Created by acbenny on 10-18-2020 09:36 PM
0
0
0
0
Hi Experts, I am designing a Ring topology to connect all all DRs and back to CR sites. Do I need to consider what is the maximum DRs which I am able to connect in the Ring and I am thinking does the latency will be affected if more sites will j... view more
CISCO 1841 PROBLEM WITH PPPOE MOVISTAR
Created by Oscargonzalez4769 on 10-17-2020 05:58 PM
2
0
2
0
HiI have an issue with a pppoe command in a subinterface. I'm using a c1841-advipservicesk9-mz.124-25f.bin IOSand I have a problem with the command pppoe-client dial-pool-number6. I can configure in a interface but I can't in a subinterface. Any... view more
CreatePlease login to create content
Discussion
Blog
Document
Project
Video
Related Content
Discussions
Blogs
Documents
Events
Videos
Projects
Content for Community-Ad