Cisco Community
English
Register
Login
ANNOUNCEMENT - Email and Web Notifications will be off until 2/21/2020 while Security Community is being Re-Structured - LEARN MORE
RegisterLogin
Options
Turn on suggestions
Auto-suggest helps you quickly narrow down your search results by suggesting possible matches as you type.
Showing results for
Search instead for
Did you mean:
5859
Views
10
Helpful
3
Replies

Problem setting up Wireshark/Ethanalyzer on Nexus

We have a Nexus N7K with NX-OS 4.2. Ethanalzer/Built-in Wireshark works great for IP-Packets which go to the Nexus' CPU, but - as stated by Cisco - most traffic doesn't pass through the CPU and therefor cannot be sniffed & analyzed by the built-in Packet Capture as such...

The corresponding White Paper (http://www.cisco.com/en/US/prod/collateral/switches/ps9441/ps9402/ps9512/white_paper_c11-554444.html) says, that - in order to capture normal dataplane traffic - we need to log each Packet with an ACL, like:

The procedure in this White Paper does not seem to work for us - NX-OS (4.2?) rejects the interface-config "ip access-list". If I just replace ip access-list with "ip access-group my-app input", I kill all traffic on the Interface.

1. How can we pass regular Data Plane Traffic to the CPU, if the above procedure does not work because of the "ip access-list"-command?

2. Ethanalyzer works only in the Default VDC. If we want to capture Packets in another VDC, does this work too? (-> ACL-Definition and ACL-On-Interface-Statement in VDC XY and ethanalyzer-Statement in Default-VDC)?

3. We would like to capture traffic on a Port-Channel. Can we use the ACL on the int poXY, or should we configure it on all corresponding Physical Interfaces?

Thanx in advance and greetings from Switzerland

found a solution, in case has the same problem:

1. The Cisco-White-Paper needs to adjustments:

a) the access-list needs a last statement (not for logging, but for forwarding the traffic)

30 permit ip any any

3. Sniffing in int poXY is no problem. I didn't test it on a VPC-Etherchannel, though... 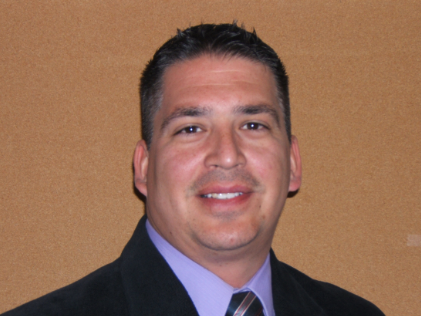 Thank you for answering your own question and replying back.  Although most will read these posts, not everyone replies, but don't think that it wasn't very helpful.

If you don't mind would you mind replying with the exact syntax that you put in the command-line.  I'm also looking to capture traffic with an ACL and output that file to a TFTP or remote location.

Config in VDC, where your Port belongs to

! I try to filter both with ACL and capture-filter. Don't know wether this is necessary

5 Helpful
Reply
Latest Contents
Hitless Authentication
Created by ldanny on 02-19-2020 12:55 AM
0
0
0
0
IntroductionDeploying Introduction Currently when changing the Authentication Template there is no choice but to remove SGTs,VNs and IP Pools which will clearly disrupt our services. Hitless Authentication was introduced in Cisco DNA Center 1.3.3.1 provi... view more
OMP Redistribution to BGP
Created by LeonardoFernandez5618 on 02-15-2020 01:33 AM
2
0
2
0
Hi, I want to redistribute OMP routes to BGP, i have the doubt if all of the OMP prefixes located in the local vEdge will be redistributed to BGP or just the connected+static networks located in the vEdge. Also how can i restrict some OMP prefix... view more
Cisco mapping agent / RP selection algorithm with overlappin...
Created by Sam Brynes on 02-14-2020 01:39 PM
0
0
0
0
Let's say we have two routers configured as RP candidates for auto-RP: R1 - "advertising" its loopback0 interface IP address 1.1.1.1 as the RP for these groups:239.1.1.1/32239.2.2.2/32239.3.0.0/24239.4.0.0/16 R2 - "advertising" its loopback0 int... view more
9300 question
Created by MassB on 02-13-2020 01:03 PM
4
0
4
0
Question5. We have 9300 2 switch stack for distribution layer, what options are there for redundant links is it just standard ether-channel.?? Thanks Answer
How to Make 'vtp primary' persistent after IOS upgrade/reboo...
Created by johnlloyd_13 on 02-13-2020 01:06 AM
2
0
2
0
hi,i just performed an IOS upgrade and got a report that admin can't create L2 VLANs.i noticed the 'vtp primary force' and 'vtp primary mst' was applied to one of the core switch and perhaps got lost after the upgrade.how to keep the VTP primary persisten... view more
CreatePlease login to create content
Discussion
Blog
Document
Video
Related Content
Discussions
Blogs
Documents
Events
Videos
Content for Community-Ad