Cisco Community
English
Register
Login
Great changes are coming to Cisco Community in July. LEARN MORE
RegisterLogin
Options
Turn on suggestions
Auto-suggest helps you quickly narrow down your search results by suggesting possible matches as you type.
Showing results for
Search instead for
Did you mean:
5147
Views
3
Helpful
1
Replies

Does the TCN (Topology Change Notification) is sent as soon as a port moves from forwarding to block state or from block to forwarding state? In other words, immediately after the 20 second max age that corresponds to a root information time out?

Does the forward delay value (15) second correspond to the new aging time value of a bridge after it received a TCN?

How long does the bridge will used a 15 sec aging time?

Why are we saying that twice the forward delay is equal to the listening and learning period:

It make sense to me that a bridge waits for the max age before making sure that it has found the root but I do not understand why it has to wait for the last bridge to stop forwarding frames that are received on the previous topology? Waiting 20 second for the max age should be enough since aging time is 15. Previous topology should be reset as soon as the aging time time out?

Is there any relation between the fact that the forward delay is 15 second and the aging time that is set to 15 second after reception of the TCN. 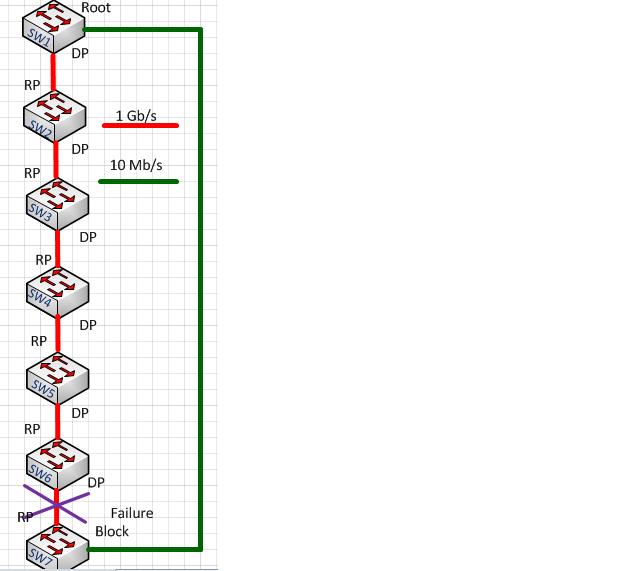 Have a read thru this article,