Cisco Community
English
Register
Login
ANNOUNCEMENT - Email and Web Notifications will be off until 2/21/2020 while Security Community is being Re-Structured - LEARN MORE
RegisterLogin
Options
Turn on suggestions
Auto-suggest helps you quickly narrow down your search results by suggesting possible matches as you type.
Showing results for
Search instead for
Did you mean:
383
Views
0
Helpful
7
Replies
Highlighted

I have a Cisco 2960s stack. I trying to trunk a port with an Avaya POE switch. Port is trunked on the Cisco side correctly (I believe). When you configure tag all on the Avaya side, I lose all communication with that switch. Only 2 VLANs on both switches.

Labels:
Everyone's tags (3)
I have this problem too
0 Helpful
Reply
7 REPLIES 7
Highlighted

Is it possible that the Avaya tags all VLANs including the VLAN that is configured as native VLAN on the Cisco side? If that was the case then it is probable that untagged frames in the native VLAN sent from Cisco are dropped on the Avaya switch. Just for sake of completeness, a correct trunk port configuration on the Cisco switch should be done via switchport mode trunk command.

Would you mind trying to configuring a totally unused VLAN on your Cisco port as the native VLAN? You do not even need to create it, just use the switchport trunk native vlan X to define X as the native VLAN. Make sure it is not any of currently used VLANs.

I did try this and it did not correct the issue.

Here's a reply from another engineer I'm working with:

We’ve tried Tagall and untagPVID only…. Tagall will tag all packets with the VLAN ID whereas untagpvid will set vlan 1 as untagged and all other VLANs as tagged.

Dave did try configuring a non-used VLAN as the native VLAN on both the Cisco and Avaya switches, but that did not appear to have solved the issue either.

For the most part, every other install we have done, we’ve set the avaya tagging as TagAll and that has worked with the other cisco equipment.

The only difference really is that at three of my school we have 2960s stacks that the Avaya POE switch is trunked too (this is the first of those three locations that we are encountering this issue). All my other locations have 3750X switch stacks and everything is functioning as expected.

Hmmm... I believe that at this point, seeing the configuration of both switches would be helpful.

Would you like to see configs from both the Avaya and the Cisco switches? Do you want me to post them here?

Yes, if possible please post the configurations here. If you click on the "Use advanced editor" feature you will be able to attach files instead of posting them in text form. Please remove sensitive information such as addresses and passwords but do not otherwise remove lines from your configs. 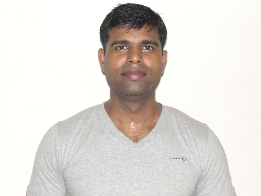 Did you try configuring "switchport nonegotiate" along with switchport mode trunk to disable DTP.

Also check, is there any STP issue which is causing this issue.

Verify the output of show spanning-tree