Ok... first time here, so please be patient. thanks

I have a Cisco 2851  (Software Ver 12.4) and all works perfectly for voice calls... then on nice day...my outgoing calls stopped working... nothing...works fine internally...but external calls would give me a busy signal. After a tedious troubleshooting (by myself) I found that the problem was with the App Cisco Unified Video Advantage...when it's on...no calls....when i shut the app down...then all goes back to normal.

What do we have missing for this think not to work with my system ..(phones are Cisco IP Phones 7945)

I assume that something must be misconfigured on my router...but what???

I don't know if you've got the issue solved but I had issues with 7985 and PSTN using PRI E1. The solution was adding the command bearer-cap speech under the PRI E1 voice port.

Hope it helps, please rate if it does.

Beginner
In response to Adrian Saavedra

Adrian, thanks for the answer...but could you please tell me how to fix (or add the bearer-cap Speech)????

I have no idea how to go about to add that??? 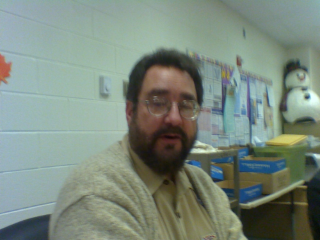 Beginner
In response to Adrian Saavedra

Add it under the Voice-port for the PRI.

Beginner
In response to Steven Crumbaugh

Thanks. I did put the command in the right place and yes now i can call even when Cisco Video advantage is loaded, unfortunaletly i lost the ability to use the webcam for video calls with the Cisco 7945 Phone.

I have 2 lines. one is the external line that allows me to calls any US landline and this was were i had the calls drop when the Cisco Video Advantage was loaded...i needed to shut it down everytime before trying to make a call.

But then i have a second line which allow me to call my other military bases in Brazil (and this is like a internal network - not real numbers just like extensions) and on that i was able to do video calls with my webcam.. well with the command it solved my problem with the first line, but now i lost the ablility to do video calls.

Any idea in what to do to keep this thing working with line one but not shut down the video for line 2?

Latest Contents
IP Phone VPN client keep occuring authentication failed.
Created by sonhs032 on 01-26-2021 03:52 AM
1
0
1
0
Hello. I'm trying to enable IP phone VPN Client on 7965G IP PHONE connected to ASA5506 SSL VPN. But the authentication Failed error keeps occurring. I have followed this guide https://www.cisco.com/c/en/us/td/docs/voice_ip_comm/cucme/admin/configuration/m... view more
BE6K VMware upgrade 6.x to 7.x LIC Key
Created by j-lehmann on 01-25-2021 11:55 PM
0
0
0
0
Hello,the solutions suggested here in the community for updating the VMWare version on a BE6K are no longer relevant.Customer has VMware 6.x and would like to upgrade to 7.x, PUT has been replaced by MCE, I cannot find a way to update VMWare LICs there. H... view more
UX Research Opportunity for Control Hub users - Analytics
Created by laureada on 01-25-2021 02:24 PM
0
0
0
0
Hello,   I'm a member of the UX Research team for Webex and am looking for Control Hub users who 1) frequently use the Meeting Engagement tab of Analytics and 2) whose organization has already signed an MUBTA with Cisco.   If that sounds like yo... view more
Leveraging SBCs to Empower a Changing World of Collaboration...
Created by ciscomoderator on 01-21-2021 10:48 AM
0
0
0
0
Meet the Authors Event - Leveraging SBCs to Empower a Changing World of Collaboration (Live event – Tuesday, 16th, 2020 at 10:00 a.m. Pacific / 1:00 p.m. Eastern / 7:00 p.m. Paris) This event will have place on Tuesday 16th, February 2020 at 10hrs PD... view more
Journey to Webex app from Jabber and Webex Meetings // techn...
Created by azoupas on 01-18-2021 01:03 PM
0
0
0
0
Dear all,   on January 25th and 26th, we're hosting a Technical Enablement Workshop which will guide you through the steps involved in updating your organisation from Jabber and/or Meetings to Webex App. Very useful for partners and for customers t... view more
CreatePlease login to create content
Discussion
Blog
Document
Project Story
Video
Related Content
Discussions
Blogs
Documents
Events
Videos
Project Gallery
Content for Community-Ad